This Award-Winning Coffee Cup is Also a Self-Contained Garden 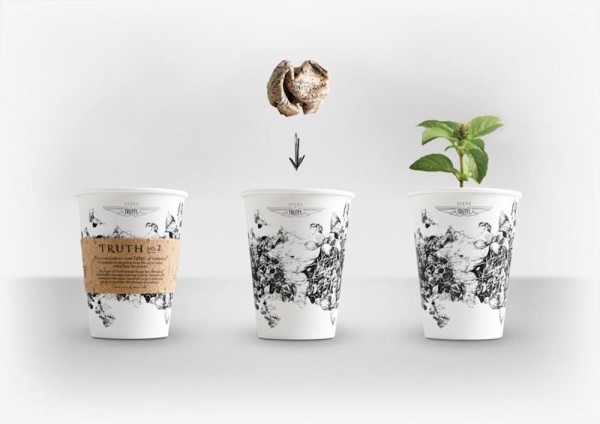 A biodegradable coffee cup with a sleeve composed of herb seeds has been recognized for outstanding design at the One Show from The One Club. The cup design was a collaboration between South African creative agency Native VML and client Truth Coffee in Cape Town, which also happens to boast one of the most stunning coffee bars in the world: 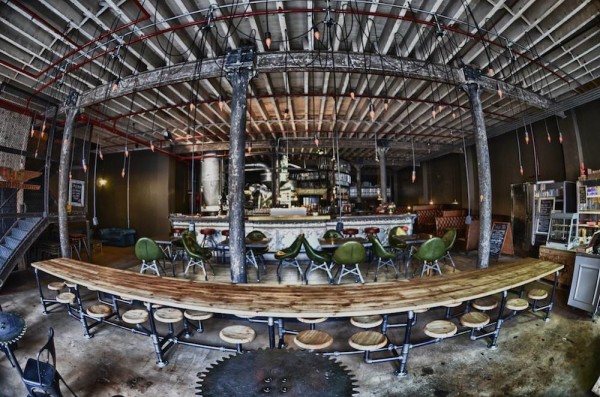 The cup itself was a brand initiative of Truth, which approached the agency to help make any everyday necessity like a coffee cup stand out. The traditional cardboard sleeve was made of paper with either basil, thyme or arugula seeds. The idea was that the cup could be repurposed as a planter, or it could be planted directly into a garden, where it would degrade naturally.

When they debuted last year, the limited-edition cups got wide exposure online, in print and even on television.

“The innovative campaign not only created awareness for Truth Coffee, but also differentiated them as being a brand that stands for something,” Native says. 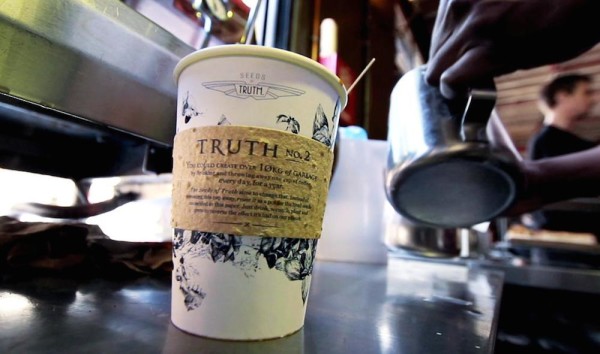 Some say David Donde has an ego the size of Kgalagadi Park, so I’d expect nothing less.

It would be nice to see some more Canadian content. There are a lot of great coffee companies in Canada.