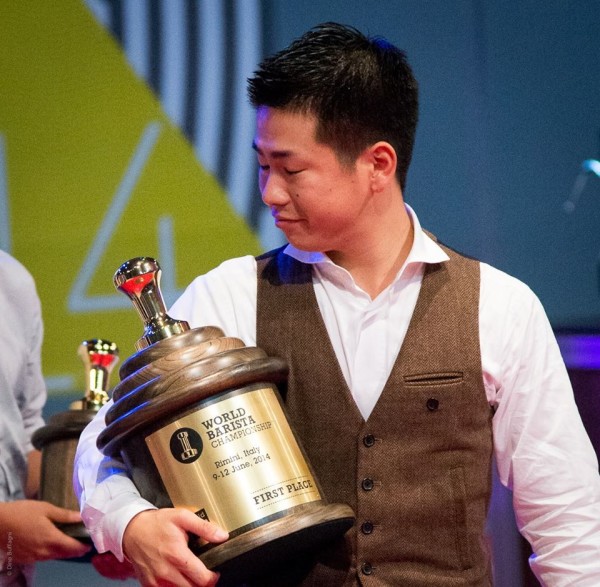 A field of 54 national barista champions has been whittled down to one, as Japan’s Hidenori Izaki of Maruyama Coffee Company in Nagano earlier today was named 2014 World Barista Champion in Rimini, Italy. He is the first ever WBC champion from Asia, and becomes the 15th champion in the history of the competition, which has proven to be a life-altering career springboard for numerous past winners.

For his winning routine, Izaka used coffees from Costa Rica processed at Microbeneficio Monte Copey, a four-generation mill and green coffee supplier run by the Navarro family, which supports their La Bandera de Dota farm at 1,900-plus meters above seal level in the Tarrazu region. The WBC relationship is part of a huge year for the family, whose coffees won numerous awards, including the top Presidential Award, during the recent Costa Rica Cup of Excellence program and auction. 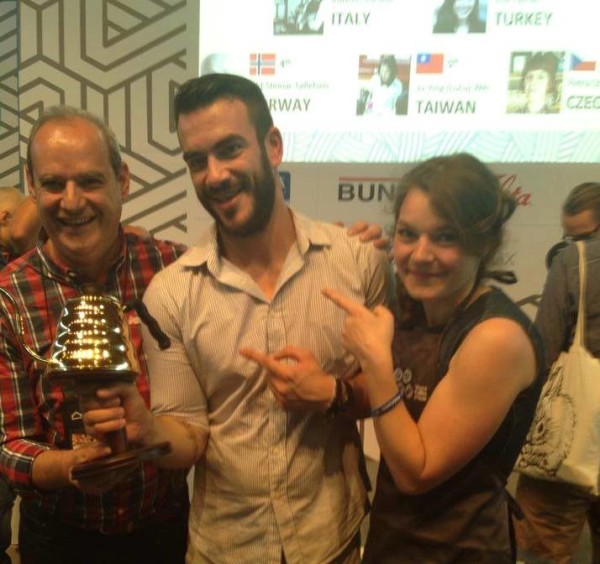