This Insane 1,400-Mile Bike Tour is Good for Coffee 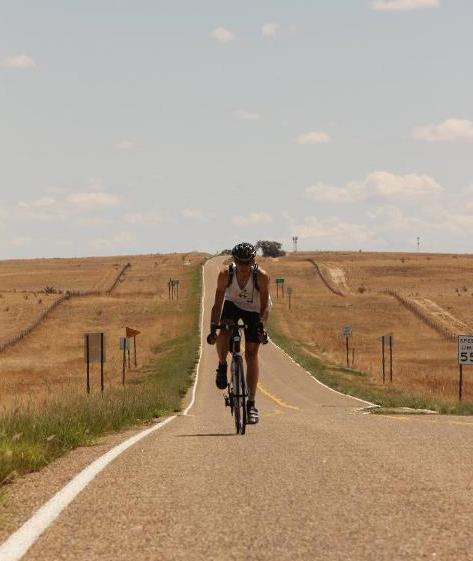 Steven Prime biking through the center of America in 2011.

If you see three Englishmen next month biking southward along the West Coast, buy them a coffee and maybe even give them some cash.

Steven Prime, the owner of an Esquires Coffee franchise in Coventry, England, is biking some 1,400 miles down the coast along with riding partners Dayle Walker and Nathan Ellis. The team will set out Aug. 10 in Montesano, Wash., traveling 80 to 90 miles per day southward, finishing the journey at the Santa Monica (Calif.) Pier on Aug 28.

(related: Fixie Grinder Inventor: ‘This is Right Up there with the Discovery of Fire’)

The tour is one part general biker insanity and one part fundraising mission. After similar tours in 2010 covering the vertical length of England and in 2011 from the American East Coast to West Coast, the team raising money for the nonprofit Coffee Kids, the Santa Fe, New Mexico, group that runs various programs to assist farmers and their families in numerous growing regions with issues like education, health care, infrastructure improvements and food security. As of this writing, the bike team had already raised more than $1,400 from individual donations. Donations can be made here.

“It’s not as long as the last ride and we’re going to rest for a couple of days along the way in San Francisco, but it’s still going to be tough,” says Prime. “So far the training has gone well and I’ve been doing quite a lot of gym work to improve my overall stamina. Going from coast to coast involved pedaling between 120 and 130 miles each day, which was extremely tiring. This time it will be more like 80 to 90 miles per day, which should be more manageable.”

(related: Free Coffee, Anyone? Lessons From a Cross-Canada Chemex Tour)

With that route — through Portland, the Bay Area, Sacramento and Los Angeles, to name a few — there should be plenty of good coffee to fuel the team. For updates on the bikers’ progress, check out the Cycle America 2014 Facebook page.