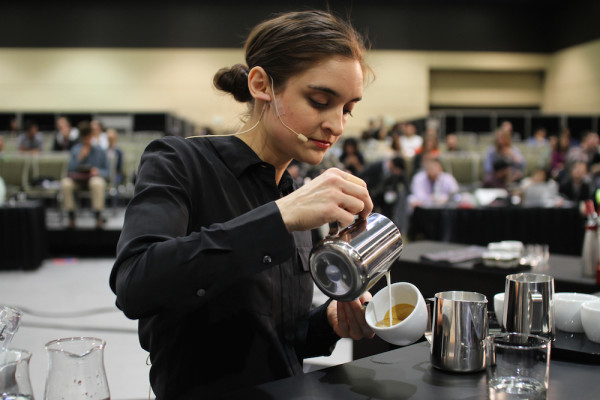 The SCAA and Barista Guild of America have confirmed the schedule for this year’s Big Eastern regional U.S. Coffee Championships, taking place Nov. 21-23 at the Durham Convention Center in Durham, N.C.

The Big Eastern is the last of three regional rounds leading up to the U.S. Coffee Championships — including the U.S. Barista Championship and the U.S. Brewers Cup — which will be held in Long Beach, Calif., on February 19-22 in 2015. The world championships are being held in conjunction with the SCAA Event in April in Seattle. Wilbur Curtis and Durham-based Counter Culture Coffee are the Big Eastern’s host sponsors.

Registration for the Big Eastern opens Tuesday, Sept. 2. and the SCAA and BGA will be looking for volunteers, judges and competitors. Click here for registration information and a full schedule of events.

The Big Eastern will be preceded by the Big Western, taking place Oct. 7-10 in Rancho Mirage, Calif., and the Big Central, taking place Nov. 7-9 in Minneapolis. Between those two events, there are 98 registered barista competitors and 55 registered Brewers Cup competitors.

(related: MICE 2014 In Photos and the World’s Best in Latte Art, Coffee Spirits and Cup Tasting)