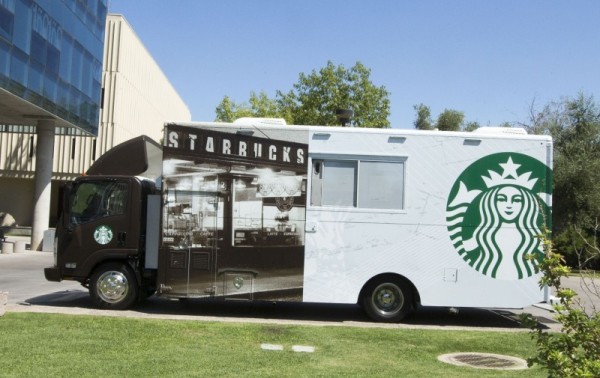 The Starbucks mobile truck on the Arizona State University campus.

Starbucks is getting into the mobile game, unveiling three pilot trucks at college campuses this back-to-school season.

The trucks will be licensed and operated by Aramark, with which Starbucks has some longstanding relationships at college campuses throughout the country. Starbucks says the trucks will have a menu of drinks and food “nearly identical to what customers would find in their neighborhood Starbucks stores.”

(related: How to Design a Coffee Bar on a Train)

The trucks have already been rolling through campuses of James Madison University in Harrisonburg, Va., and Arizona State University in Phoenix, and service at Coastal Carolina University in Conway, S.C., is expected to begin Sept. 18. Starbucks and ASU have an existing partnership through their recently launched barista tuition reimbursement program. 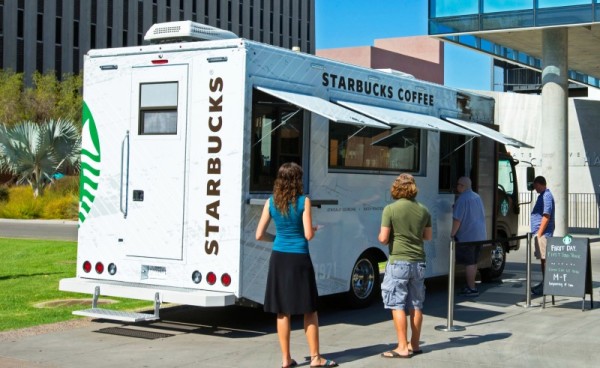 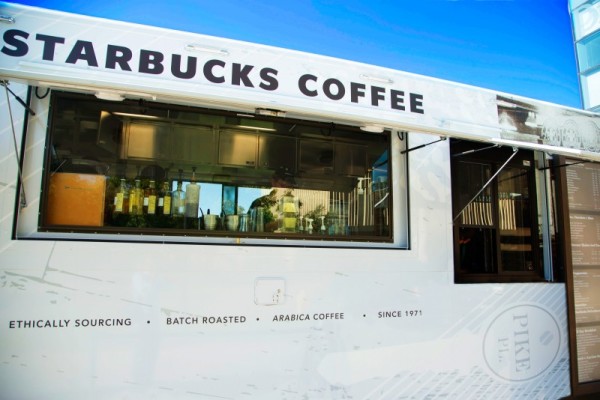