A Personal Apology to the Good People of JP’s Java in Austin, Texas 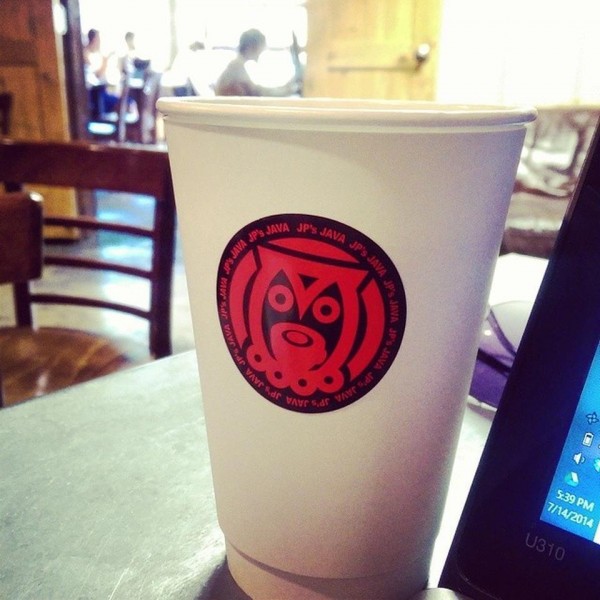 There was a point in my early’s 2os when I would describe myself as a “locabond” — a vagabond that never quite managed to get out of the same city.

That city was Austin, Texas, where after college I moved on a whim, hoping to play music and, as Pulp Fiction’s Jules Winnfield might, “walk the earth, meet people… get into adventures.” Of course, that is a hair-brained plan, one that led me from job to job — often back and forth between selling bad coffee (I didn’t know it was bad then) and maintaining high-end pool systems in the Hill Country. It also meant that I hung my hat, so to speak, at at least nine different apartments over a period of two years.

At some point, I’d had enough of the locabond lifestyle, enrolled in graduate school and got a small studio apartment close to the University of Texas campus. I dove into my books, hauling piles of them to libraries and coffee shops throughout the city. I’d spend hours or even full days there, fueled by mostly good black coffee (I didn’t know it was good then), and the occasional espresso drink or oatmeal cookie.

The Flightpath, Spider House Cafe, Flipnotics (now closed): These places were not only my workspaces, but they gave me sanctuary outside my dingy studio apartment, as good shops often do. I became friends with other customers and baristas. A couple of the owners even greeted me by my first name. Baristas new my order. In short, I was treated well — completely unaware that I was, to use today’s parlance, a classic squatter.

Another of my regular stops was JP’s Java, a lovely small shop bordering UT’s main campus just to the north of Darrel K Royal Texas Memorial football stadium. It was the shop closest to my apartment, and I would go their early Saturday mornings, before the undergrads had shaken off their hangovers and while JP’s incredible cinnamon buns were often still warm. Coffee tastes best when all is quiet early on a weekend morning, and this is where I took mine. My Saturday morning sensory memory is strongly aligned to this place, even today.

So I felt genuine sadness when I came across this Daily Texan headline: “JP’s Java coffee shop to close next week.” A distinct pang of guilt followed when I saw this quote from owner JP Hogan:

“This place is real deceptive to people,” Hogan said. “This place is packed all the time, and it looks like it’s just making money hand-over-fists, but it’s not. It can look packed, all the tables can be full, but each person paid four dollars, and they’re sitting there two, three [or] four hours.”

As I’ve come to learn only since leaving Austin, JP’s was actually one of the city’s first independent roasters to have a serious focus on coffee quality, maintaining a supply relationship with Seattle’s Zoka Coffee & Tea and helping create and raise the bar in one of the most exciting coffee markets in the U.S.

As Hogan told the DT:

“Around 2000, coffee really had a big change, and my goals were two things,” Hogan said. “One, have the best coffee in town, and two was to build a place that was homey, where people could come and relax. A home away from home.”

The dual mission was accomplished in spades and over years, despite the cruel reality in specialty coffee retail that the numbers sometimes don’t add up.

It’s strange to thank someone and apologize to them at the same time and for the same reason, but here goes: Thank you, Mr. Hogan and the all the JP’s baristas over the years, for giving me a place at the table. And I’m sorry.

I just miss the Ruta Maya in the mid 90s.

“This place is real deceptive to people,” Hogan said. “This place is packed all the time, and it looks like it’s just making money hand-over-fists, but it’s not. It can look packed, all the tables can be full, but each person paid four dollars, and they’re sitting there two, three [or] four hours.”

Very true…being packed does not a successful business guarantee – there are many moving parts to the retail coffee business. But, it is possible and is happening all across America every day.

It is probably impossible to actually dig in and “post-mortem” a business like this, but for those reading and assuming that “even a busy coffee shop can’t make money”, let me note a couple issues that probably contributed to a wonderful space going out of business (in order); incorrect pricing/margins on menu items; out of whack expense ratios (really high rent, poor buying practices, lots of waste, high labor, etc.); excessive owner compensation in cash or non-cash ways; and then on to items that are performance related items such as quality, service, atmosphere, physical facilities, etc., that although it may have been a busy place could have limited the profit potential of the operations.

I hope the former owners land well and continue in this great coffee industry!

Jack,
You’ve had great success in MI. We made it 7 years in Pittsburgh and were fortunate enough to sell the business at a multiple of earnings. But we fully understand that JP’s could’ve done most everything right and still had a business that was uninteresting from a profit perspective. People in our town assumed we were wealthy beyond belief because we were on the main street in an affluent populous suburb, won barista awards, got a ton of press, the place often looked full and our staff was stable with little turnover.

Yet despite all of that we never brought in more than a little above $300K/year in revenues. And we managed that place tightly enough to generate a 14% net profit, well above industry averages. But that’s still basically poverty. It’s a nice 2nd income (although not really given 70+ hrs of work per week to earn it), but that’s about it.

We’ll never get back into retail coffee. Ever. Possibly roasting, but not retail. Glad you’re still successful. Count your blessings.

Nice to hear from you. I was wondering where my favorite Pittsburg coffee folk were.

I don’t know if you saw, but I also sold my business just recently (check out my blog for the details). People have all kinds of ideas about what my business was worth, how much I made, and yes, they all thought I was a millionaire too (I love to let people wonder). After being in business for a while I realized that people are gonna have their ideas and I really didn’t care what they thought.

Retail coffee can be brutal and many people don’t make a living at it. It can be very profitable, but to be honest, so many coffee shop owners do it for love more than money (not a bad thing), but they lack in many areas that lead to a profitable business. My passion is to help them do it well.

Hope to see you at a coffee event standing by a roaster someday!

Melanie the MBA used to say, “The only reason for building a business is to sell it.” Interestingly, had we been able to buy our building things might’ve been different, who knows.

I loved JPs in the beginning. But the most important thing to know about the Austin market is that it is sophisticated and always learning. You start to sacrifice quality and we’re going to notice the downgrade. I noticed. Sluggish staff, cheaper quality goods, etc. Coffee was on par with SB in the end, had me wondering how much longer they’d stick around. I’d rather drive to South Lamar and have an outrageously delicious Bullet at Picnik’s food/coffee trailer for twice the price… If that surprises you, then you don’t understand this market.