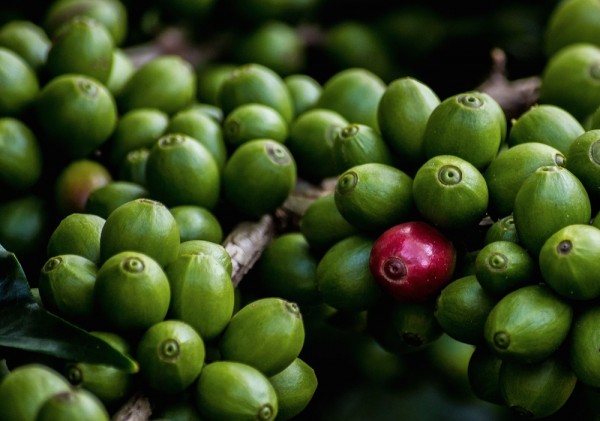 The average price of coffee worldwide reached its highest in more than two-and-a-half years in October, with weather conditions in Brazil continuing to affect commodity prices, according to the latest statistics compiled by the London-based International Coffee Organization.

The ICO’s composite indicator, a benchmark price of green coffee from all the world’s main growing regions, soared from $1.693 USD per pound at the beginning of the month to $1.850, before settling down at the end of the month to $1.620. The ICO attributes the price jump early in the month — 15 cents in just six days — to dry weather in the world’s largest producer, Brazil, while rains that followed pushed prices back down.

“The discussion is now centered on whether damage to the 2015/16 crop is already irreversible, and to what extent these rains can encourage new flowering,” the ICO wrote in its monthly report on commodity prices, available in full here. Prices might have gone even higher had it not been for the strong recent performance among Colombian Arabica. “Exports of Colombian Milds increased significantly compared to last year, up by 18.2% to reach 12 million bags for the first time since 2007, as production in Colombia continues its recovery,” the ICO wrote. “Exports of Other Milds, on the other hand, were 12.1% lower than last year on 22.7 million bags.”

Opinions are already surfacing about Brazil’s 2015/16 crop. In a Nov. 11 newsletter from Brazilian coffee agency P&A International Marketing, Carlos Brando shared some speculation from what the coffee industry veteran described as a “layman’s view.” On the whole, Brando is not optimistic about Brazil next year, suggesting the weather-related curbed growth this year may have some lasting impacts. (It’s worth noting that Brando consults for the ICO on Brazil issues). He writes:

What to expect in 2015? If rainfall and temperatures return to normal, a crop about the same size as 2014’s or somewhat smaller due to the losses already incurred because of insufficient branch growth and lost flowerings. If there is lack of rainfall and/or higher than average temperatures, the 2015 crop may be lower than the one in 2014, how much lower depending on the harshness of climate.

Brando also questions the potential for “normal” rainfall, suggesting the country may be at the extreme end of a 5- to 7-year weather cycle:

There are several theories about what happened in 2014 ranging from an extraordinary fact not to be repeated to a pattern that occurs every so many years and including a new pattern whose frequency is yet to be determined. Current forecasts indicate that rainfall next January to March may be smaller that average but not as low as in 2014. Reference to similar rainfall patterns in the past hint that rainfall may be smaller than average in the next five to seven years, progressively closing the gap from actual to average.

In short, Brando is skeptical of existing estimates from other private companies and organizations like USAID regarding Brazil’s next crop, which is bound to have significant impact on green coffee prices throughout the world:

Those who insist on a 2015 crop that is substantially higher than the one in 2014 are ignoring that the 2015 crop potential is already impaired by the factors mentioned before – insufficient branch growth primarily but lost flowering too – and they are therefore establishing a higher potential or ceiling than should be expected.