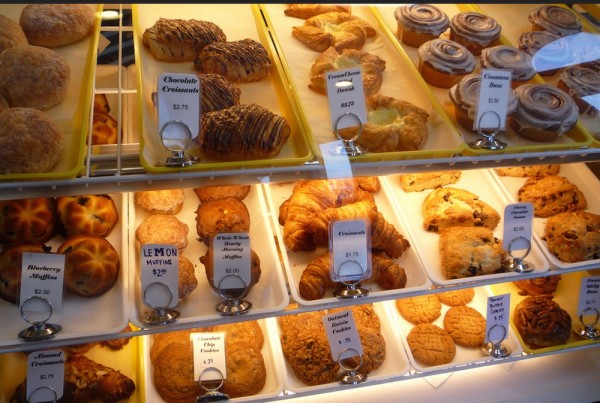 The FDA’s new rule leaves some room for interpretation regarding what it is a “standard menu item” in a coffee shop application.

The FDA today released an updated rule on its menu nutrition labeling requirements, one that has much broader implications than initially expected. The labeling requirements, including calorie counts, were initiated with the 2010 Affordable Care Act, and chain shops that fit the regulation will have one year to comply.

“Americans eat and drink about one-third of their calories away from home and people today expect clear information about the products they consume,” FDA Commissioner Margaret A. Hamburg said in a statement today.

While fast food sellers, grocers and pizza industry lobbyists have been most outspoken against the new rules, coffee shops and some of their most common menu items are explicitly mentioned in the “restaurants and similar retail food establishments” section. Here we provide a brief overview of who in the coffee world will be affected by the new labeling rules, and to what extent.

What is a Chain?

The FDA has defined a “similar retail food establishment” chain as one that has 20 or more locations doing business under the same name and offering “substantially the same” menu items. This definition applies regardless of the ownership structure, the FDA ruled.

Part of the stricter FDA requirement relates to satellite operations of “restaurant-type” food sellers within separate businesses establishments. For example, a Starbucks kiosk inside a Barnes & Noble would have been exempt under the initial language of the rule, but not under the new language.

At first glance, here is a short list of coffee-focused chains that might be significantly affected by the new rule: Caribou, Peet’s, Dutch Bros., Seattle’s Best, Starbucks, Dunkin’ Donuts, Tim Hortons, The Coffee Bean & Tea Leaf, PJ’s Coffee. It is worth noting that Starbucks, for one, has taken a proactive approach to calorie labeling directly on their menus, including on some drinks that are not likely covered under the new law.

The FDA is requiring “standard menu items” among the covered chains to have calorie counts printed on the menu. Here’s the FDA’s definition:

“Standard menu item” means a restaurant-type food that is routinely included on a menu or menu board or routinely offered as a self-service food or food on display. The nutrition labeling requirements are not applicable to certain foods, including foods that are not standard menu items, such as condiments, daily specials, temporary menu items, custom orders, and food that is part of a customary market test; and self-service food and food on display that is offered for sale for less than a total of 60 days per calendar year or fewer than 90 consecutive days in order to test consumer acceptance.

The FDA’s definitions of “standard menu items” in relation to prepared, non-alcoholic drinks remain somewhat hazy, creating some potential for further legal interpretation. But in its new rule, the FDA suggested “self-service foods”  — for example, a pastry behind a glass case or a prepared breakfast sandwich — are likely to apply, if those foods also appear at other locations.

Self-service foods and foods on display that are intended for individual consumption (e.g., sandwiches, wraps, and paninis at a deli counter; salads plated by the consumer at a salad bar; cookies from a mall cookie counter; bagels, donuts, rolls offered for individual sale).

With the FDA rule primarily targeting fast-food chains and other quick-service food establishments with notoriously high-calorie menus, coffee shops received a relatively small amount of direct attention in the new rule. But that doesn’t mean they’re exempt. As the year plays out, and as some of specialty coffee’s high-end chains approach the 20-store threshold, it will be interesting to see how strictly the regulations are enforced, and what might become of terms like “standard menu item” and “self-service foods.”

The FDA has a draft of the new rule, complete with analysis of comments from food industry representatives, here. The rule is expected to officially take effect Monday.