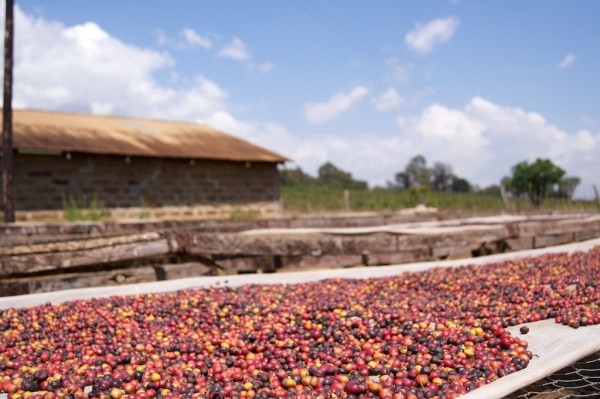 Outside of some notable production gains this past crop year in Ethiopia and Uganda, many African countries remain in a downward production slide. The causes for this are many, but some notable hindrances to a continent-wide sustainable coffee segment include lack of profitability tied to lack of production, limited organizational opportunities for smallholder farmers, lack of marketing, and vulnerability of coffee farmers to low prices.

“Although several initiatives have demonstrated the potential gains, it will take time to transform the whole coffee industry across Africa to comply with international sustainability standards,” the ICO states in the study, which provides a comprehensive look at production levels from each coffee-growing African country over a period of decades, ending with the 2013/14 crop year.

The group describes a kind of snowball effect related to diminishing production:

Productivity is still too low to be able to promote sustainable coffee production in the case of long periods of low prices. In many African countries, the smallholder sector consists of a large number of widely scattered small farming operations, often with limited physical accessibility and very poor communications. Moreover, given the weak research and extension support, farmers in many countries have been slow to adopt good practices that could lead to the required high quality and productivity.

Production could almost universally be improved through better cooperative organization, which could in turn lead to increased access to marketing, as well as sustainable growing practices and technology. The ICO cites a handful of cooperatives in Uganda — where production has increased by approximately 23 percent in 2013/14 compared to average totals in the 2000s — as models for this kind of organization, but says many more farmers are still lacking essential resources.

“Constraints on resources lead support services to limit basic training that provides knowledge on the use of inputs, recycling of organic wastes to produce fertilizers, and biological species favorable to proper soil drainage and oxygenation,” the ICO says. “This is a serious challenge to sustainable farming, as the human dimension of sustainability lies in the reduction of poverty and inequality, access to resources, healthcare and education.”