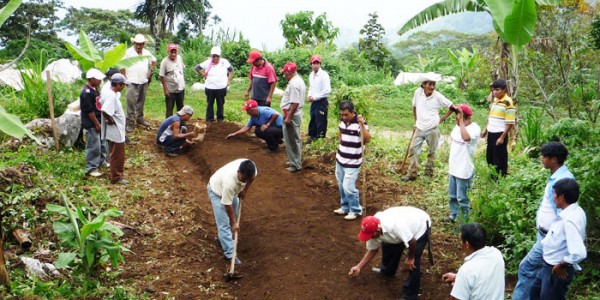 Photo by Coffee Kids, which works with groups at origin toward improvements in health care, education, economic diversification, food security or capacity building.

The 27-year-old nonprofit organization committed to improving the livelihoods among coffee farm community families in Latin America has signed a memorandum of understanding with the Hamburg, Germany-based Hanns R. Neumann Stiftung foundation (HRNS). According to the initial agreement, Coffee Kids will be part of the foundation’s North American Operations.

“Coffee Kids will not cease to operate, but will continue its efforts to improve the lives of coffee farming communities as a distinct program within the HRNS North America structure,” the groups announced during the recent SCAA Event in Seattle.

HRNS was founded by the Neumann family, shareholders of the green coffee trading company Neumann Kaffee Gruppe. It is an independent, nonprofit foundation, separate from Neumann Gruppe’s commercial operations. The Coffee Kids board of directors has been seeking a partner to continue its long-running charitable operations in Latin America. Late last year, the organization announced it was suspending programming beginning Jan. 1, due to an unsustainable business model that relied heavily on financial contributions from the coffee industry.

“The Board of Directors of Coffee Kids has determined that the most responsible step we can take as stewards of this storied, coffee sector institution is to turn it over to an organization that shares our commitment to improving the lives and livelihoods of coffee farming families under their terms,” Coffee Kids Board of Directors President Mike Ebert said in an announcement shared with Roast Magazine. “The Neumann Foundation is that entity.”

The two organizations hope to finalize an operating agreement in mid 2015, after which Coffee Kids programming will resume.

The event, which is very positive. This kind of activity should be emulated by others. Thanks for sharing.