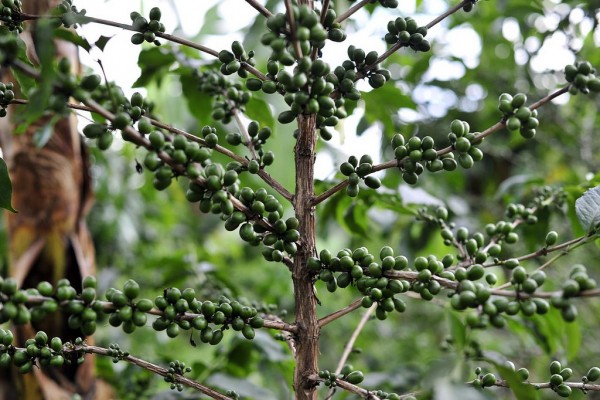 Arabica coffees will have to be grown at higher elevations in almost all the world’s producing regions to survive the projected effects of climate change by 2050, according to a the first global study of its kind, which is being made public by the International Center for Tropical Agriculture (CIAT).

Researchers suggest severe losses in global arabica production are imminent if coffee growing doesn’t shift toward higher elevations in many countries. Such a shift, by virtue of limited land availability, hurt many of the world’s key growing regions, particularly in parts of Mesoamerica and Asia. Conversely, increases and temperature and rainfall could add some suitable coffee-growing land in specific areas, particularly some close to the equator in South America.

“Major producers — Brazil, Vietnam, Indonesia and Colombia — together producing 65 percent of the global market share — are set to experience severe losses if adaptation measures are not taken,” CIAT said in response to the published results.

The study suggests that Brazil, by far the world’s largest producer, could face losses of up to 25 percent if adaptation measures are not taken. “Brazil’s highly mechanized, commercial coffee production is not suitable for intercropping with trees, which could provide shade and bring temperatures down,” said study co-author Dr. Peter Läderach. “That could mean shifting production east — from Central America to eastern Africa and the Asia-Pacific, if strategies are not put in place to adapt.”

The research was funded by CIAT’s CGIAR program on Climate Change, Agriculture and Food Security, although CIAT says the program played no part in the design or analysis of the study. The study follows numerous regional studies that have yielded similar projections for the future of arabica coffee.

Researchers based the 2050 climate change projections using 21 global circulation models and 62,000 specific location points, suggesting that in many locations, 2 degree celsius increases in temperature and increases in weather events such as rain can be expected. Generally, the study globally predicts decreases in climatic suitability at lower altitudes and higher latitudes.

Here is some regional and global analysis directly from the study (CIAT plans to eventually release the raw data here).

All the coffee-producing countries in America, Africa, Asia, and Oceania would maintain some suitability for growing Arabica coffee. Colombia, Ethiopia, Indonesia, Mexico, and Guatemala have extensive areas of land at high elevation that receive sufficient rainfall. An upward move of their coffee-growing areas could moderate the overall impact of climate change on their countries’ coffee industry. An important proviso is that the areas at higher elevation are available for conversion to coffee farms, are accessible, have suitable soil conditions, and whose current or future inhabitants are willing to grow Arabica coffee rather than other crops. Very often, these conditions may not all come together, with the consequence that Arabica coffee production may locally decline.

The regions where Arabica coffee would be least affected by higher temperatures are East Africa with the exception of Uganda and Papua New Guinea in the Pacific. Mesoamerica would be the most affected region, specifically Nicaragua and El Salvador. Since Arabica coffee is an important export of Mesoamerica, we expect severe economic impacts here. As previously suggested by Zullo, strongly negative effects of climate change are also expected in Brazil the world’s largest Arabica producer, as well as India and Indochina. Regions predicted to suffer intermediate impacts include the Andes, parts of southern Africa and Madagascar, and Indonesia, with significant differences among islands.