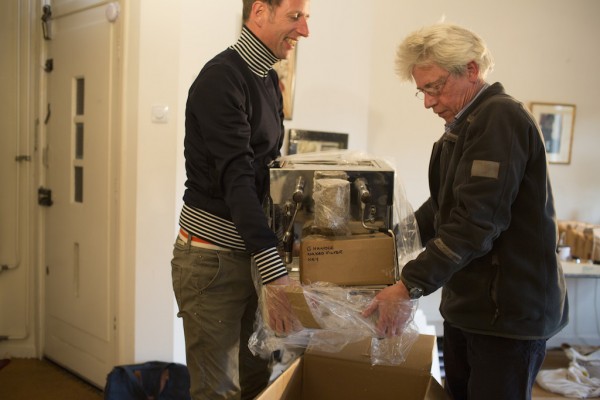 Like home roasting, home espresso is an inherently challenging product category, in that to achieve even a modicum of repeatable success, the firepower of the machinery must be matched by the technical knowledge of the operator. That is especially true in the manual, or lever category of espresso machines.

The latest in that category comes from Londinium, which has produced 2- and 3-group lever machines for commercial applications, as well as its popular Londinium 1 model, primarily for home use. The U.K.- and Aukland, New Zealand-based company’s newest creation is the Londinium 1-P, a primarily home-use machine that may also have some commercial viability due to the fact that it was explicitly designed to not overheat when shots are pulled consecutively. 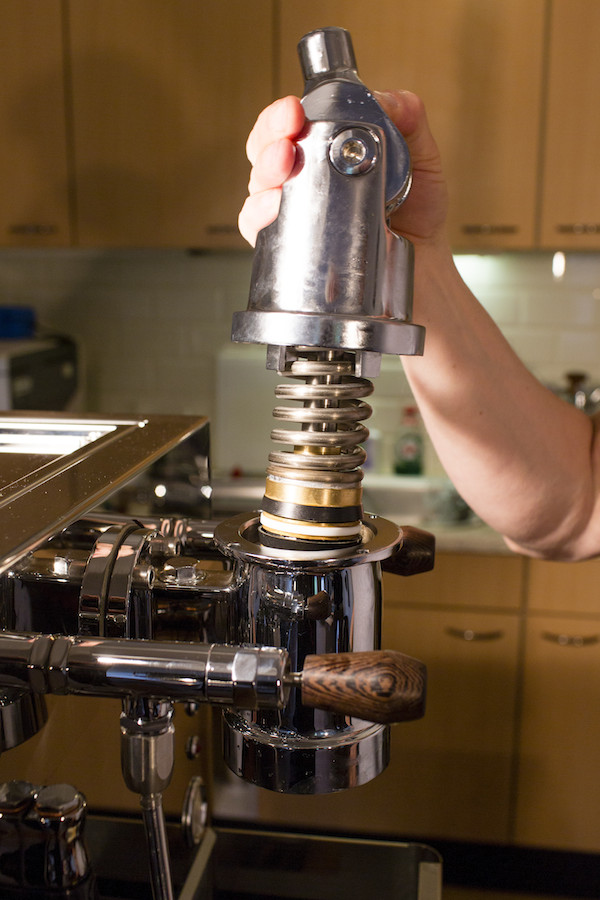 The L1-P visually more closely resembles the company’s L2 and L3 commercial models, including much of the same architecture. Londinium founder and L1-P designer Reiss Gunson, based in Aukland, recently told Daily Coffee News that the L1-P model is a response to a problem he sees with the many “dipper”-style espresso machines, where the back of the group is mounted directly onto the boiler, typically with a brass flange. He says other manufacturers have attempted to address this challenge through a modified dipper design that prevents overheating, but suggests when consetutive shots are not being pulled, the group temperature can become too cool. 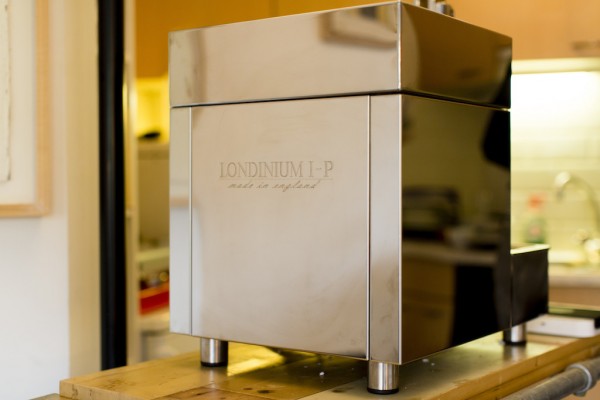 An admitted hurdle to the L1-P, a byproduct of the chase for increased quality, is that the user is required to plumb in the machine.

Occasional Daily Coffee News contributor, and Kostverlorenvaart blog author Frans Goddjin, for one, is one of the machine’s first happy customers. He’s installed a regulator line for pressure and flow, feeding the heat exchanger from the cold water line. “The first espressos were lovely,” Goddjin says. “It seems to have more body than the L1, and certainly more shot volume if one wants that.”

Gunson says the machine is likely to only available with a 240V requirement, a fact he says has not seemed to dissuade many North American buyers from placing early orders.

“In our view it makes sense to offer this machine in 240V — it’s far superior to 120V, as it halves the current load on all the wiring,” Gunson says. “The majority of the orders placed to date for the L1-P are for North America anyway, so it doesn’t seem to be viewed by our customers as a significant hurdle.” 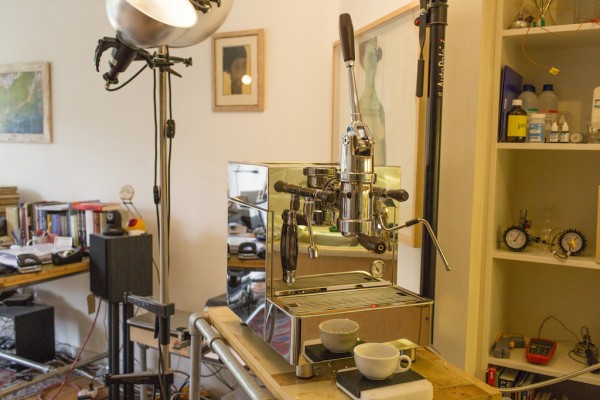