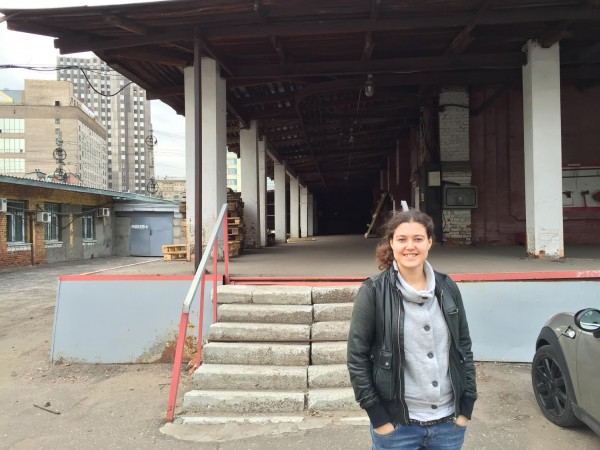 Olga Melik-Karakozova enters the cafe with her 11-year-old son and her pet beagle, sharing a few words with some folks at one of the tables. Clearly she knows a lot of people here, and, when tagging along with her, you quickly get the sense that she knows almost everyone who is serious about coffee in Moscow.

At 33, Melik-Karakozova has won the Russian Barista Championship four times and the European championship once. She co-founded Double B, one of Russia’s preeminent contemporary coffee brands that, in addition to a production roastery, now has 23 cafes and coffee stands in Moscow, St. Petersburg and Nizhny Novgorod, as well as locations in Kazakhstan and the Czech Republic. Despite her humble demeanor, Melik-Karakozova has undoubtedly reached celebrity status in European coffee.

So leaving Double B last August to set forth anew represented something of a risk. Consulting has smoothed that transition. “I had requests for consulting and they were probably the first that approached me,” she says of Caffe del Parco, where we’re sitting with a Brazilian coffee she’s developed and sourced for them. Melik-Karakozova has been training baristas there since shortly after her Double B departure, while helping develop every aspect of the coffee program. Now that many of the staff are trained up, her focus has largely turned to quality control of roasted coffees.

Caffe del Parco is just one of Melik-Karakozova’s consultancy clients. She’s worked with other coffee companies, from barista training to developing roast profiles to green buying and even some importing. The work, in small steps, has helped sustain Melik-Karakozova financially as she has been taking three big steps, perhaps leaps, of her own in the coffee world.

She has launched her own brand, Rainbow Coffee Roasters, which is currently roasting about 200 kilos a month, split between a consumer subscription service and a select number of wholesale accounts. “[The plan is] to make a very small company, which will provide top quality, in a very limited amount, and also provide exceptional service,” Melik-Karakozova says of the Rainbow concept.

After our coffee at Caffe del Parco, we get into Melik-Karakozova’s car and battle Moscow traffic for five miles to another new project she is involved with, Smart Roaster. The space, which Melik-Karakozova helped develop and oversees, is housed in a 100-year-old former train warehouse, and serves as an independent roasting facility where anyone can roast for a set fee.

She describes Rainbow Coffee Roasters as more like a partner in the roasting facility than as an owner. It immediately recalls other roaster-share concepts, such as Pulley Collective and, more recently, City of Saints, in the United States. “I have built it to make a place where everyone is welcome, where no one is competing and where you can rent time on a roaster and produce your product,” she says. “I don’t care what kind of product it is. It could be robusta or specialty coffee. You just pay for the roaster and get your product.” 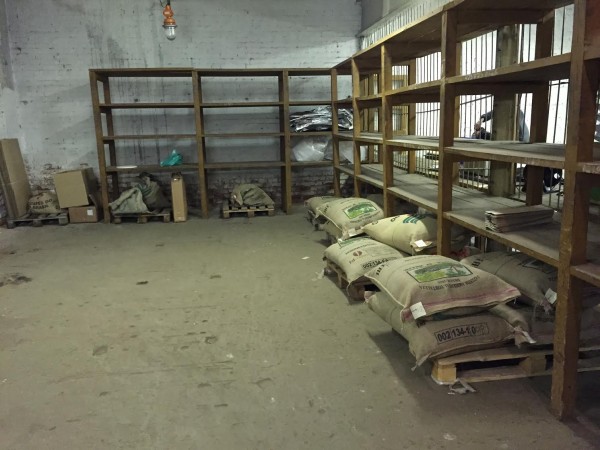 Two hundred kilometers outside Moscow, in Tverskaya Oblast, what is perhaps Melik-Karakozova’s most ambitious project is also underway.

“I was thinking milk in Russia is not really a tasty thing compared to Australia or the U.S.” Melik-Karakozova says. “I wasn’t satisfied with the milk we were using. I’d been looking for a farmer with whom I’d be able to work closer on feeding and on making a special product which would be sweeter and tastier and brighter — just a better product with higher protein content, because we need that for the foam.”

After traveling with a group of dairy farmers on an exploratory trip for a couple days, she was able to convince one of them of her cause, and explore new processing methods. It was at that moment that Mighty Milk was born.

“We changed the feed, added some corn to make it sweeter, added some other things,” Melik-Karakozova says. This month, they plan on replanting the grasses that a specific test herd of about 300 cows is feeding on. “[The farmer] has special tanks for us. He separated 300 cows for my project and we feed them separately and differently. Then he milks the cows, puts the milk in the tanks and pasteurizes for us, gets it packed and we deliver it early in the morning to the coffee shops.” As of now, the operation is wholesale only, but Melik-Karakozova hopes once packaging is improved it could expand into the consumer market.

Despite her deep roots in Russian coffee, Olga potentially sees emigration in her future — maybe to California, which she fell in love with after a visit for the most recent U.S. Barista Championship. Along with professional opportunities, Melik-Karakozova says there are personal reasons for her to consider emigration — primarily, a lifetime of being marginalized as an openly gay woman in Russia.

She describes a kind of ongoing social discomfort and a hostile political atmosphere that she’s fought through in her homeland, in which a stunning majority of the population is opposed to open homosexuality. There are also economic factors, as Russia’s economy has largely been down in recent years. “I just don’t see my future here, and I don’t see any future here for my children,” she says.

Melik-Karakozova is quick to point out that her sexual orientation has not significantly diminished her opportunities in the coffee world, but perhaps she’s being too modest about the quality of her work. “I know that there is some talk behind my back, but who cares?” she says. “Maybe I am just lucky enough that I am a well-known professional and people work with me because they like the results. They like me as a professional.” 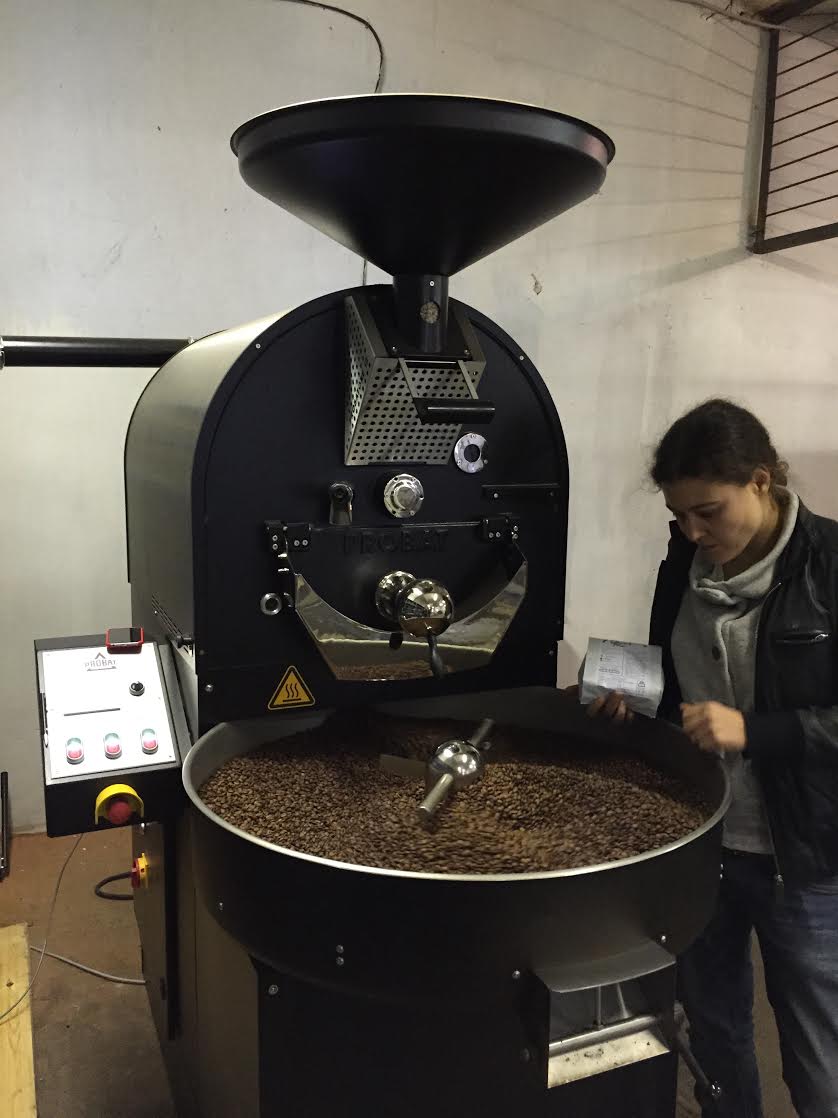 If Melik-Karakozov moves full-time to the U.S., look for her to expand some of the concepts, particularly in high-end green coffee sourcing and very light roast profiling, that she’s been building with Rainbow Coffee Roasters. “In terms of quantity, the U.S. is champion,” Melik-Karakozov says, adding that the quality she’s seen in U.S. shops has varied greatly, a trend she partly attributes to buying green coffee “a little bit cheaper than you can afford.”

There’s a small part of Melik-Karakozov that wonders if moving to a more progressive place, like a major city in California, might take away some of her competitive edge. Although she doesn’t consider herself to be a gay rights activist, she’s proud of herself as a fighter, and an underdog one at that.

“I was thinking if I move to L.A. I won’t need to fight anymore,” she says. “Probably, I am going to miss it, like a fight for life, because that is actually what makes our day. A Russian person always fights — you fight everywhere, like when you get up early and it is dark outside, and then you have to get in a bus that is full of people, and probably you have to miss one. You are fighting the whole day. So maybe I am going to miss it, but at the same time I want to have comfort of living, to be married, to adopt another child.”