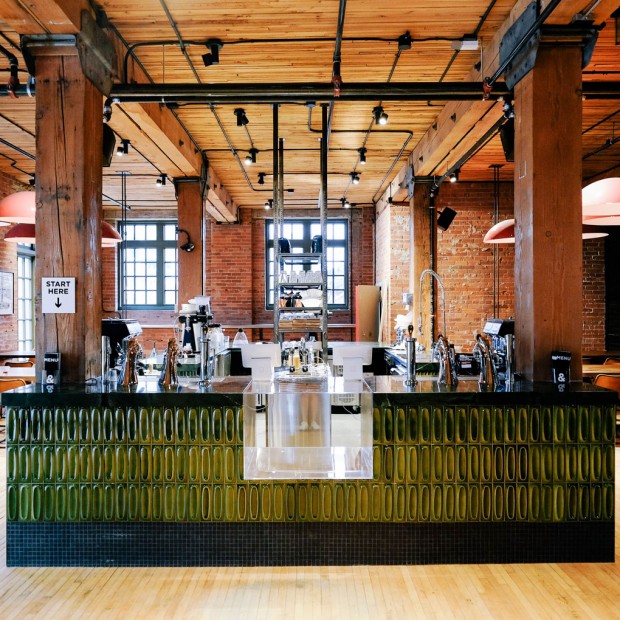 Phil & Sebastian Coffee Roasters has officially opened inside the Simmons Building in Calgary’s East Village, where the prominent Canadian roaster and retailer is joined by the bakery Sidewalk Citizen and new restaurant Charbar.

Not only does the opening reflect a thoughtful reuse of a long-neglected building, it also introduces a creative collaboration between three cutting-edge companies at the vanguard of Calgary’s culinary scene.

A former mattress warehouse — yes, that Simmons — the Simmons building will eventually become Phil & Sebastian’s roasting headquarters. Plans include a newly refurbished Probat G45 roaster to supply the company’s own branded retail locations and wholesale accounts. The space will also house the coffee company’s training center and R&D lab, offering numerous opportunities for visitors to witness production first-hand. Phil & Sebastian’s Lauren Popadiuk told Daily Coffee News that the roastery transition should be complete by the end of September of this year. 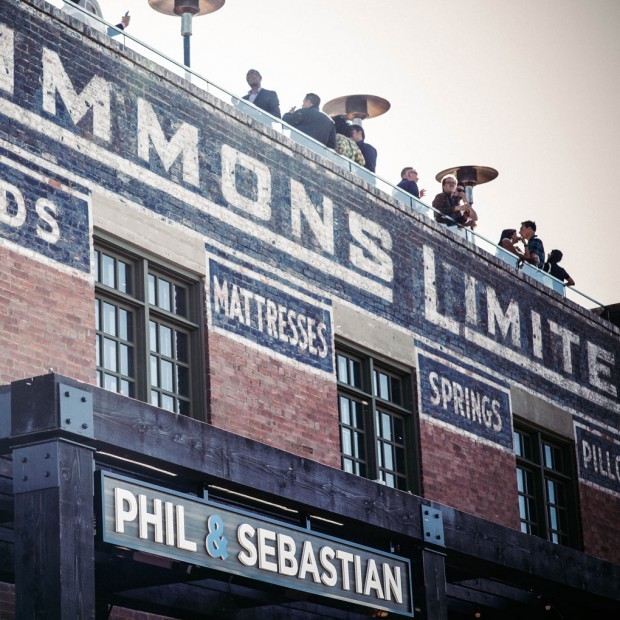 In the meantime, current visitors can find plenty to do at what P&S describes as a concept cafe that is “part scientist’s lab, part fine-sipping experience.” The bar itself is outfitted with the company’s first Modbar espresso installation, with brewed coffee options prepared on all kinds of manual and mechanized equipment. There are coffee and espresso flights, and regularly changing food and drink creations that P&S says may range into “palate-challenging” territory (see the egg foam espresso ‘mocktail’).

The shared space accommodates  seating for 400 people, including a rooftop patio overlooking the Bow River, and the three partner companies band together in various foodie capacities. At the P&S cafe, fresh breads, pastries and desserts come from Aviv Fried’s Sidewalk Citizen. Charbar, a concept from the team behind downtown’s Charcut, curates the cafe’s snack options. P&S, meanwhile, is providing coffee service to diners at Charcut. 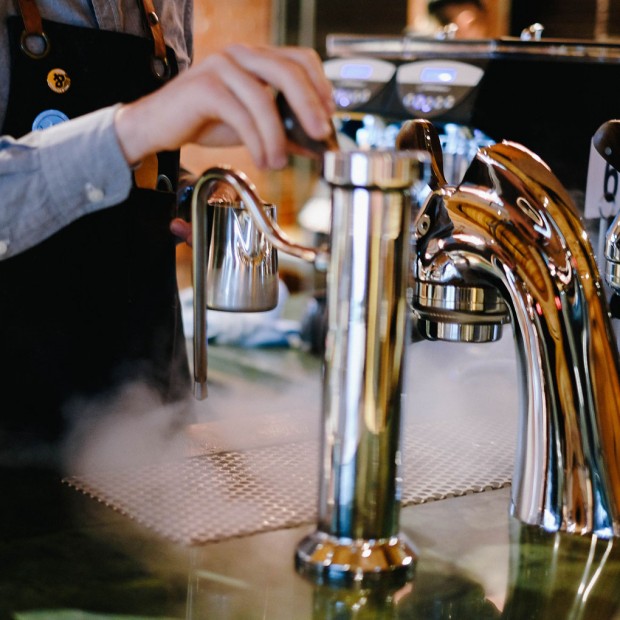 The Modbar in action. Photo by Vanessa Ng.

“Having a cafe and a restaurant collocated in the same space gives us a unique opportunity to elevate the after-meal coffee experience,” Phil & Sebastian said in a recent announcement of the opening. “The collaboration with Charbar is exciting in that we will be able to plan very cool tasting experiences including special coffee pairings, tableside coffee brewing and cross customer education.”

The Simmons building project, in theory and hopefully in practice over time, looks likely to be a big win-win-win.