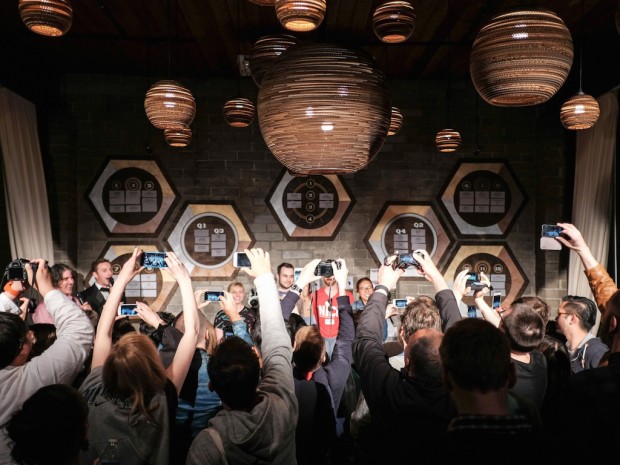 The 2015 World Aeropress Championship in Seattle

The World Aeropress Championship has grown over the past eight years from a four-man get-together in Tim Wendelboe’s Oslo, Norway, roastery into to a full-on resume-building competition — complete with spectators with Nascar-like booze-fueled exuberance. For the uninitiated, the World Aeropress Championship is exactly what its name suggests: a judged competition of individual Aeropress brews.

The 2015 event this past April in Seattle brought together upwards of 500 people inside a 3,000-square-foot space, including collaborations with food carts, craft breweries and all kinds of coffee people. The WAC organizers recently announced that the 2016 championship will be coming to Dublin on the evening of Thursday, June 23, in conjunction with the World of Coffee 2016 event presented by the Specialty Coffee Association of Europe.

“In 2016, we’re going to build on this success of 2015 by providing even more support and exposure for national events,” the WAC team said in an announcement this week. “We had such a cracking 2015 season and we worked with some truly inspiring and dedicated coffee professionals who hosted, organised and brought the Aeropress Championship to their respective local markets.”

Speaking of respective local markets, the WAC organizers are seeking hosts for national and regional Aeropress championships leading up to the event. Here you can find the basic requirements, and here is the official application form. Hosting applications will be accepted through October 31, the competition schedule is expected to be finalized in mid November and will be executed from January 1 to May 31, allowing for preparation time leading to the June world championship.

Here, courtesy of the team at European Coffee Trip, is video of the 2015 world championship winning recipe execution from Lukas Zahradnik.