Rabble Coffee Rousing Up the Best Roasts in Indy 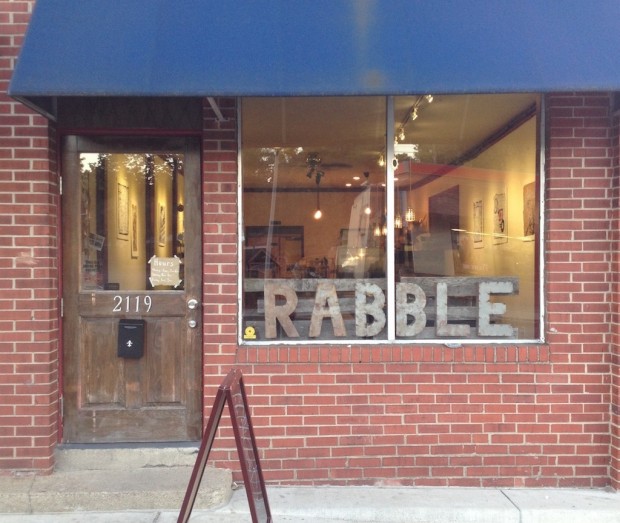 In the ongoing springtime of specialty coffee in Indianapolis, a new multi-roaster café on the city’s Near East side is rounding up an eye-opening bouquet of what’s blooming. Rabble Coffee has just celebrated its first full month in operation, offering coffees from such local Indy characters as Tinker Coffee Roasters, which itself only opened in late 2014, as well as Bee Coffee Roasters, a longer-standing business.

Rabble’s exclusive house blend, Rouser, is made in collaboration with the roasters at Tinker. Rabble manager and co-owner Josie Hunckler told Daily Coffee News that her goal was to bridge the divide between the aficionado’s adventure and old-fashioned comfort. “I wanted to cater to my client base, and the Near East side is generally not really into specialty coffee for the most part,” said Hunckler. “So I didn’t want to go with something too bright and floral. I wanted something that would taste like a classic cup of coffee.”

Hunckler, who draws on over seven years of experience as a barista to inform her palate and her knowhow on Rabble’s Nuova Simonelli machine and occasional Kalita pourovers, found a solution in a blend of Central American coffees. “We thought El Salvador was a safe bet that tasted right, and then we mixed in some Costa Rica to give it some brighter tones,” she said. So far the feedback has been positive from neighborhood customers as well as from coffee-lovers a bit farther afield. “I’ve got folks coming to Rabble from across Indy to try out the coffee because they’ve heard it’s really good.” 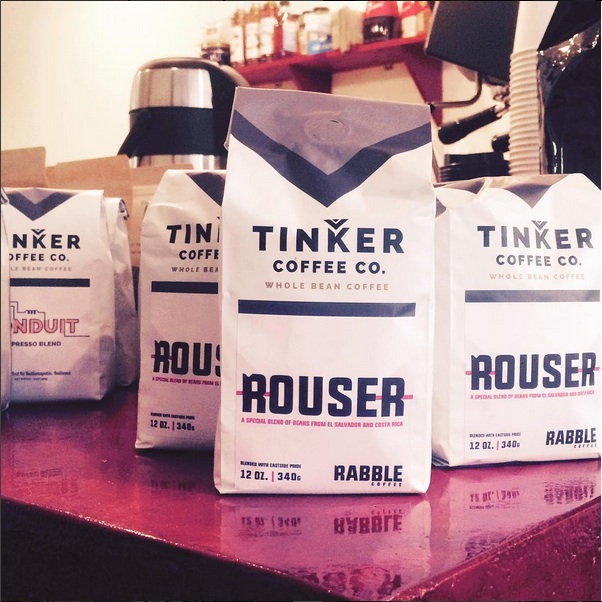 The Rouser blend, in collaboration with Tinker Coffee

The multi-roaster model also grants her the flexibility to be experimental when she wants to be. “For the featured roast, that’s where I can go crazy,” Hunckler said of her rotating single-origin selections. “People that don’t like it, that’s fine, they can just get Rouser.” Hunckler had originally intended to rotate through offerings from different local and regional roasters on a monthly basis, but now she’s leaning more towards keeping the guest roasts around for slightly longer stretches. “I’ve been thinking about doing it seasonally. I think that’ll give me more time to develop a good working relationship with the roaster. Then I can have stronger friendships, instead of just breezing in and being like, ‘oh, can I get this many pounds every week for four weeks, and then I’ll just never talk to you again.'”

For Hunckler, strong bonds and solid connections to friends, neighbors and the community are what it’s all about. “For me, it’s community first, and coffee a close, close second. I want to make sure to always have a competitively great product, but I’m doing this because I really care about the community,” said Hunckler. “I want to be involved, I want to do events, and I want to create a good experience for everybody.” 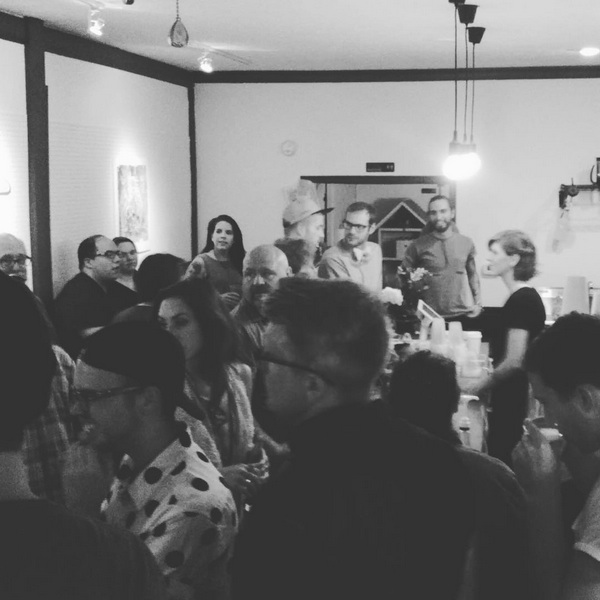 For this reason, Hunckler has no aspiration to roast Rabble’s coffee in-house. Not only does she enjoy supporting other local coffee companies, but she feels the commitment of learning and then to a steady production schedule would distract from her efforts to participate in events and support local causes as much as possible.

Rabble has performed roughly two pop-ups every week since opening. These have included local civic association volunteer meetings, as well as an event called Teacher’s Treasures, which collects donated school supplies for classrooms in need. “I pretty much take anything people throw at me, if I can,” Hunckler said of her evergreen willingness to pitch in through Rabble.

In its just-opened arrangement, the shop’s well-laid-out front seating area accommodates about 15 people and offers extra-wide two-top tables for laptops and other wandering workers’ materials. An expansive backroom serving temporarily as a storage space will in time be remodeled to accommodate more seating, as the coffee shop’s business expands. 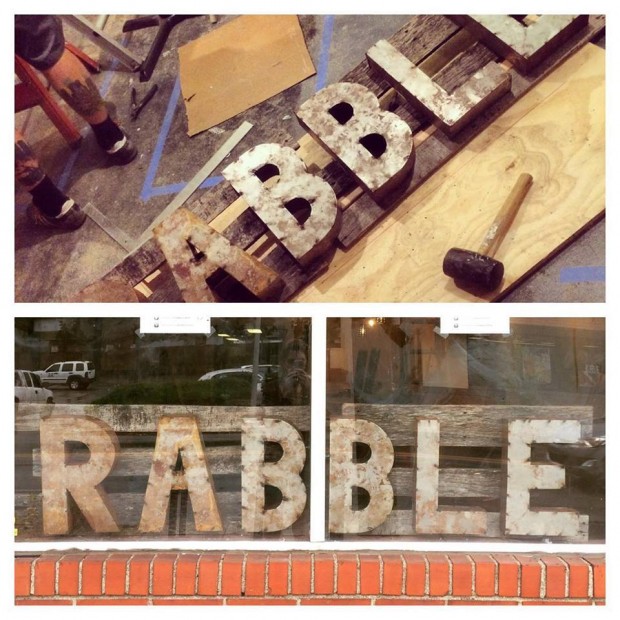