‘Open-Source’ Roasting Coming from The Crown by Royal Coffee 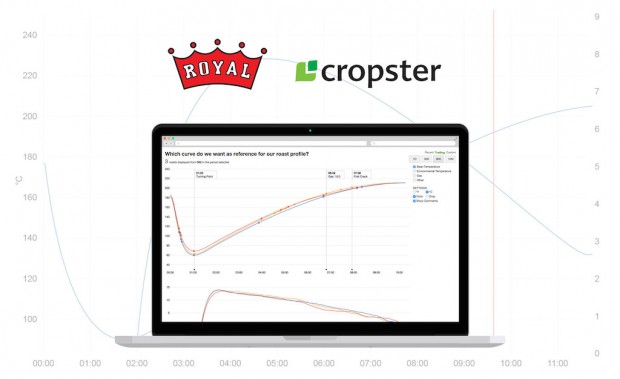 Whether for proprietary reasons or simply to protect roasters’ own commercial interests, coffee roasting as both art and science is often shrouded in mystery. Yet every roaster has a mentor or two, and roasters, by and large, are a knowledge-thirsty professional community that prides itself in collaboration more than isolation.

With this in mind, green coffee importer Royal Coffee is currently developing the “open source coffee” concept, which will be concretized in a forthcoming experimental and collaborative Uptown Oakland facility called “The Crown.” (Full disclosure, Royal Coffee is a Roast magazine advertising partner.)

Scheduled to open in April 2016, The Crown will have five primary spaces: a tasting room that will be open to the public; a cupping lab with plans to include SCAA- and CQI-certified courses; an experimental brewing lab that will also provide a platform for certified coursework; a large event space; and a four-roaster roasting lab for courses, testing and progressive roasting experiments.

The natural progression of coffee from green to brown ties all these elements together under one roof, but further reinforcing this bond is a strategic partnership with coffee software provider Cropster, which will be working closely with The Crown to monitor and profile coffees from seed to cup. A big part of that journey is the roasting stage, and Royal has recently hired former Blue Bottle Coffee West Coast Production Manager and Roasters Guild Executive Council member Jen Apodaca to lead The Crown’s roasting wing as roast director, overseeing at least four machines including a Loring S15 Falcon, a Diedrich IR 5, a Probat Probatino and a Jabez Burns Vintage Four Barrel Sample Roaster.

Through this collaboration, The Crown and Cropster will be regularly publishing roast curves, in addition to tasting notes, cupping notes, green coffee analysis and any number of other data available through Cropster software to help roasters more fully understand how specific coffees are getting from A to B.

“We will be taking a radically new approach to the information that we bring to the green coffee that we sell,” said Richard Sandlin, general manager of The Crown on behalf of Royal. “A select amount of the green coffee we sell will be analyzed with Cropster, and available online in an open-source way. There are lots of people out there who put a curve online and we support that. But we want to have roasting notes, tasting notes, notes on how they hit those profiles.”

While Royal and Cropster don’t plan to shoo away any potential new customers that may come their respective ways as part of The Crown collaboration, representatives of each company told Daily Coffee News that the open-source information is intended primarily to engage and inform the roasting community at large by shining a bright light on individual green coffees and their transformative journey to the cup.

“It’s very much a way just to get all that information in one place and take an analytical approach to it,” said Cropster’s Devin Connolly, adding that the roast curves and associated data are not meant to be prescriptive, but merely informative. “The amount of data you can collect will be huge — all the roast data, all the cupping data.” Connolly also mentioned that Cropster is currently developing a new cupping platform — which he described as an “ultimate cupping tool” from a sensory analysis standpoint — that is likely to eventually be brought into The Crown’s open-source fold.

Said Sandlin, “We’re obviously focusing all the Cropster/Crown relationship [in roasting], but there’s also the green analysis, and this can all be furthered with brewing analysis, as well.”

All this data will be publicly available on The Crown’s forthcoming new website, without the requirement for an account or password. To be clear, Royal has no intentions of entering itself into the wholesale coffee roasting game outside its capacity as a green coffee seller. And this open-source model flows only one way, with The Crown providing data to roasters — or anyone, really — rather than the other way around.

As for which of Royal’s coffees will go under the microscope, Sandlin suggested that is likely to be determined in conversation with roast director Apodaca, although they are likely to represent something of a cross section of Royal’s green coffee portfolio at a given time. One coffee, for example, may be roasted and monitored three different ways on each of three machines, and those curves and associated coffee data can be easily explored by roasters in Los Angeles, Tokyo, Detroit or Amsterdam. “We’re not saying which is best,” said Sandlin. “But if your business is turning green coffee brown, we think this is going to be of interest to you.”