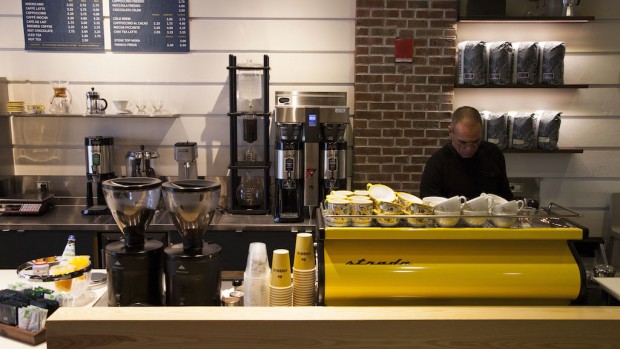 Seattle-based roaster and retailer Caffè Umbria has made a major leap eastward, opening up shop in the River North neighborhood in downtown Chicago at 346 N. Clark St. While names like Starbucks and Dunkin’ are amply represented in the tourist-dense part of town, Caffè Umbria is will also find some more independent colleagues like Intelligentsia and Bow Truss Coffee Roasters within easy walking distance.

Carrying over Caffè Umbria’s urban classic aesthetic that has been well established at its three other retail cafés — two in Seattle and one in Portland — the Chicago branch will also offer coffee and espresso drinks steeped in classic Italian-American traditions. This is the second Umbria-branded shop to open in the past two years for the growing company, which also supplies large retail accounts from its Seattle roastery. 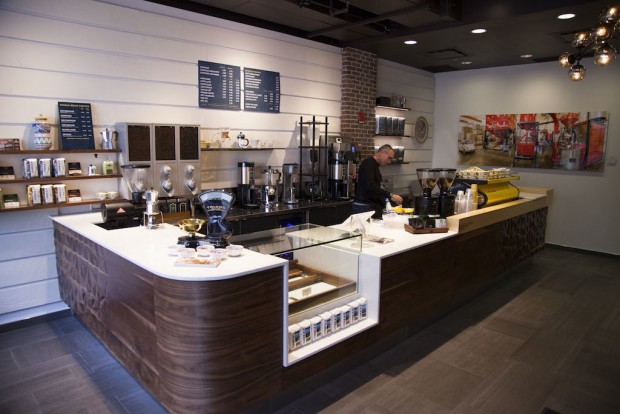 “Caffè Umbria’s brand and aesthetic has always been an elegant blending of rustic and modern elements, embracing technology while honoring the wisdom and knowledge of tradition. These same elements are integral to the design of the new café,” the Umbria team said in an announcement of the move to Chicago.

Fresh baked goods will come from nearby Caffé Baci and La Fournette Bakery & Café, while espresso will be pulled through Umbria’s bright yellow La Marzocco Strada. Also available will be batch brews of Caffè Umbria’s existing blends, to-order Moka pot and pourover brews, and cold brew from a drip tower. 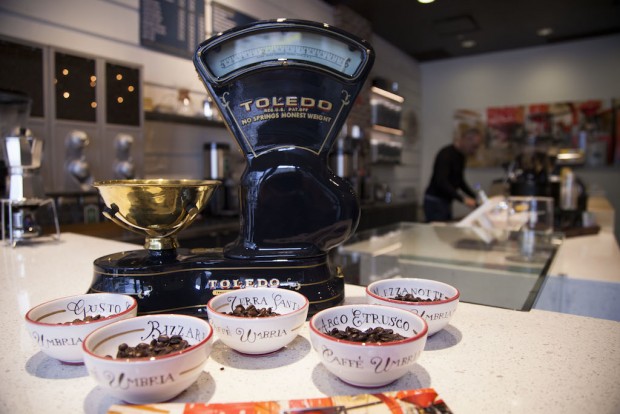