Black Tap Coffee: From Retail to Roasting in the Port City of Charleston 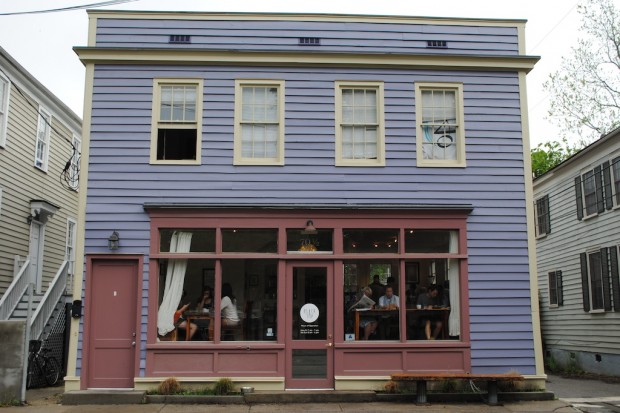 Since opening a retail bar in downtown Charleston, S.C. in 2012, Black Tap Coffee has established itself, day by day, as a formidable, progressive player in the local coffee scene. The company’s presence is now growing beyond the shop’s walls with the opening of a production roastery a mere 10-minute drive away on James Island.

We first heard of the roastery plans earlier this year when chatting with Black Tap Co-Founder Jayme Scott about how some people in London “straight up jacked” the Black Tap logo. Now with several months of roasts under their belts, the Black Tappers are slowly scaling up wholesale operations, refining their green sourcing practices, and developing a relatively new direct-to-consumer subscription program.

Tripp Gandy, who’s been part of the Black Tap team behind the bar since near the beginning, is now at the helm of the 15-kilo Loring Falcon Smart Roaster, while also leading the buying operations. “I’ve been in coffee for 13 years and of course coffee was very different when I started,” Gandy recently told Daily Coffee News. “After college, managed a couple coffee shops, and had a little catering business on the side. I was always looking for an opportunity to advance beyond management in coffee houses.”

Black Tap is currently roasting a range of single-origin coffees to supply its shop, plus Gandy and the team are still developing a year-round espresso blend, as well a year-round blend for iced coffee. “We’re very passionate about clean and, generally speaking, balanced coffees,” Gandy said of the rotating single-origin lineup. “There are some coffees with really screaming acidities that are appealing to us personally. But naturals and really fruit-dominant coffees do get to be a little much. We do have a natural that I think is a good one, but we mostly do washed coffees.” 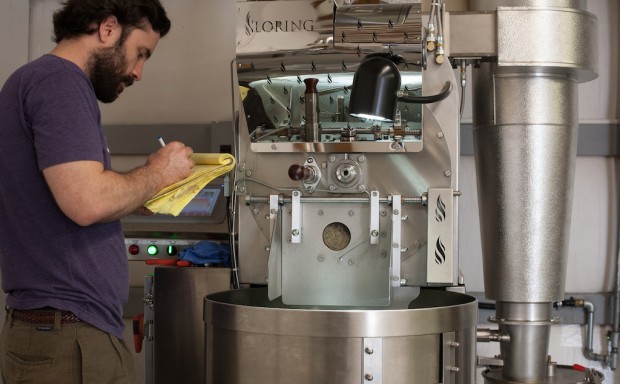 Black Tap is currently sourcing coffees from numerous importers, including Cafe Imports, while Gandy noted some advantages to roasting in a port city like Charleston. He keeps in close contact with representatives from Charleston-based importer Balzac Brothers, who through nearly 100 years of import experience have a certain amount of logistical firepower. “It is an advantage to be in this port city, and it is an advantage to have this relationship with Balzac,” Gandy said. “They have done a really good job reaching out to various exporters and it has been an advantage for us to be able to cup coffees pre-shipment.”

Gandy said Black Tap isn’t concerned as much with certifications or other labels placed upon green coffee as much as it is on having access to the story of the farms and farmers who produce it. He said knowing as much as possible about the coffee’s origins and journey not only is important when communicating with consumers, but in ensuring that the sourcing operations meet Black Tap’s own expectations regarding ethics and transparency. “If we could, we would like to work directly with farmers,” Gandy said. “Traceability is a major focus of the company.” 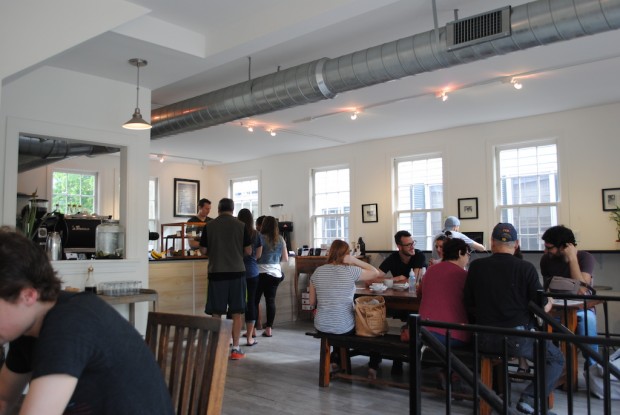 Inside the Black Tap bar.

As Black Tap expands the roasting side of the business, Gandy noted a particular desire to break into quality restaurants where good coffee may currently be taking a back seat to the rest of the menu. He said relationships like the one established at Charleston food-and-drink hub Mercantile & Mash are likely to become available as Charleston continues its ascent as one of the South’s great culinary towns.

Said Gandy, “Our plan is to grow that, slowly, with people who are interested in having quality focused coffee programs.”

I really enjoy these “inside looks” at various coffee places round the country. I actually keep a log of the more interesting ones, and would love to be able to instantly access not only what is in what city, but the ADDRESS of the one of interest. I often get queries from friends/associates who live in or are travelling to many of these places. It would only take you a few seconds to make certain you provide a complete address in the final paragraph. That way I’d have it as part of my list, and can instantly forward it to whoever is asking.
Thanks for considering this, and please keep up these great articles.