Dalla Corte Partners with Sevan Istanboulian for Expansion Into Canada 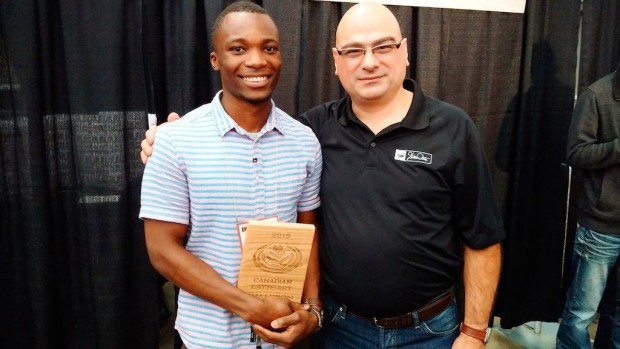 Fresh from the unveiling of its Mina prosumer espresso machine at the HOST Expo in its home city of Milan, espresso equipment manufacturer Dalla Corte has announced a new North American distribution division in the Canada market, with one location in Toronto and another in Montreal.

The Italian company plans to celebrate the launch of Canada’s Dalla Corte Coffee Systems with events later this month at each of these locations — in Toronto from Nov. 19-21, and in Montreal from November 25-27. The happenings include numerous demonstrations and workshops following the theme, “The knowledge and passion for the perfect coffee and the best brewing practices.” The company is referring to the Canadian centers as “DC Lofts.”

On hand for the events will be 2013 World Coffee in Good Spirits Champion barista Victor Delpierre, and runner-up in the 2012 World Barista Championship Fabrizio Sención Ramirez. Dalla Corte’s partner in the Canadian venture is longtime roaster and general manager of Montreal’s Cafe Mystique Sevan Istanboulian.