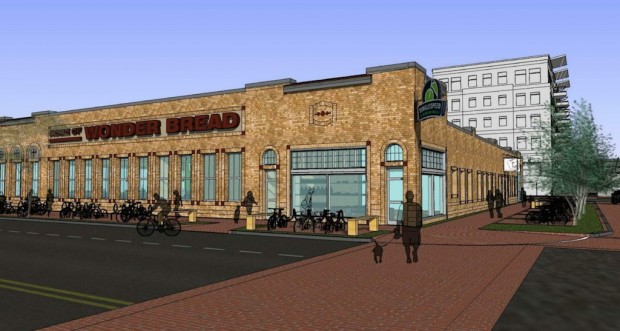 While foodies today prefer crusty, artisanal breads along with their craft beer and specialty coffee, there’s nevertheless a lingering fondness for historic American brands like Wonder Bread, whose cheerful primary-colored packaging continues to bring back memories.

In Waterloo, Iowa, the Wonder Bread building, built in 1928 but left vacant since 2012 following the Hostess company’s bankruptcy, is both a beloved monument to this fondness and a fixture of the local cityscape. As part of an urban redevelopment plan undertaken by the city, local beer brewer SingleSpeed Brewing Co. has received grants and other assistance to buy and carefully renovate the building. Sidecar Coffee Roasters, a frequent collaborator with SingleSpeed Brewing, is coming along for the ride.

SingleSpeed Brewing and Sidecar Coffee Roasters were both founded about three years ago. “They opened like within a week of when I opened, back in 2012,” Sidecar Coffee Roasters owner Jed Vander Zanden told Daily Coffee News. “I guess they would be called a nano-brewery,” said Vander Zanden, who also started his own business nano-style on a Diedrich IR-2.5 that he outgrew in a matter of months. Since then, Sidecar has grown to include two retail cafes and handful of wholesale client cafes and restaurants in the Waterloo/Cedar Falls area. Said Vander Zanden, “We’re a small town, so we’re able to feed off each other’s energy and grow it that way.” 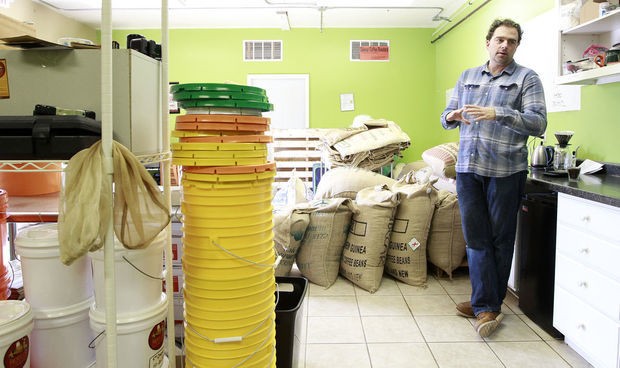 The roaster and the brewer have collaborated on a number of coffee beers over the years. Some are straightforward, like a brown-and-coffee ale, while others have been a bit more involved, such as an oak-chipped imperial stout that incorporated whiskey barrel-aged coffee. “We always have at least one of the coffee beers on tap at the tap room,” said Vander Zanden.

Meanwhile, in the midst of its growth, Sidecar’s coffee roasting production has remained inside the same “roasting studio” in which it started, a 600-square-foot space now cramped for the scale of the business. If all goes well, the Sidecar roastery will be relocated and up and running in the Wonder Bread building by the summer of 2016.

Vander Zanden said that while having more space to store larger green coffee orders through Cafe Imports and other importers will facilitate a confident push for more wholesale activity, the growth will continue to take place organically. “For now, the IR-12 is still fine,” said Vander Zanden, who said that when the time comes for another upgrade perhaps a year or two from now, he would likely keep the 12 for smaller batches of higher-end coffees in lower demand, and order a new Diedrich IR-25 for general production. “There’s enough space for both,” said Vander Zanden. “That might not happen for another year or two, or ever. But if I needed extra capacity, it would be an easy fit.”

When Hostess was acquired by Flowers Foods, an operational scale-back left various facilities dormant, which resulted in other old buildings being torn down in other towns. “They had plans to do various things, either build condos, or tear it down, make a parking lot,” said Vander Zanden of the Wonder Bread building. “But the community really wanted to keep that building there.” A public outcry prevented any destruction of the building, which is now poised to enjoy a second life in what Vander Zanden describes as “transitional” neighborhood for which city planners have designs. “Right now there’s not a ton of housing or other stuff in that exact neighborhood,” said Vander Zanden, “but there’s the groundwork for it to become the cultural center of Waterloo.” 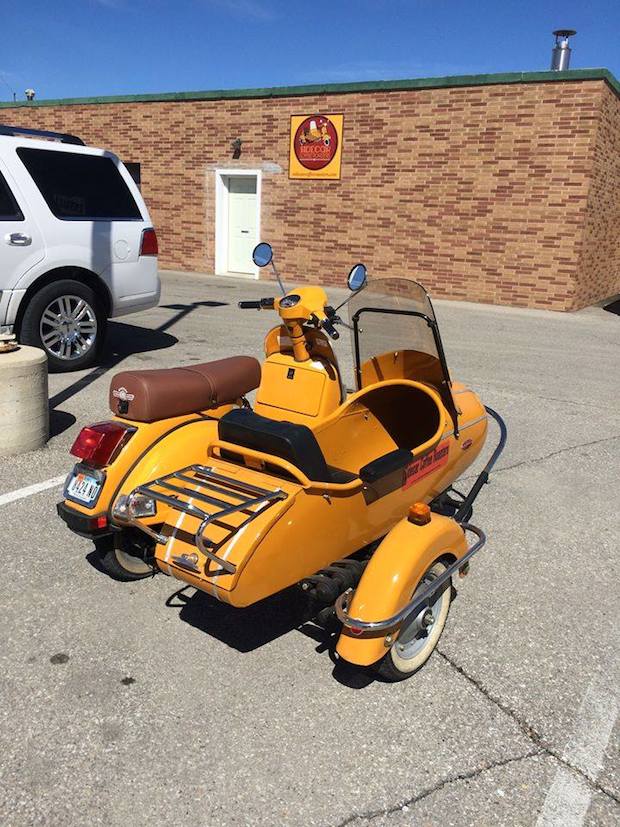 The Wonder Bread building is central to those revitalization plans. “[SingleSpeed]’s goal is to have the building restored to historical standards,” said Vander Zanden of the overall buildout. This will entail the preservation and exposure of original brick work, vintage wood floors and an interesting wood ceiling, restoring window openings, keeping the classic Wonder Bread signage on the outside, and more. At the same time, SingleSpeed Brewing aims to update the building to the highest potential of modern environmental sustainability, aiming for LEED-certification, solar power additions, and more. “It’s going to be a cool hybrid,” said Vander Zanden. “It’s going to feel like a brand new building, but it’s going to look back to the traditional old standard of when it was built, which I think is super cool.”

Another upcoming upgrade for Sidecar is a new coffee packaging label printer that will open new pathways for communication with consumers. “For me it’s sort of a small big deal,” said Vander Zanden, as Sidecar’s original printers were only capable of a few basic objects like the logo and the name of the coffee, but not much by way of more finely-printed specifics. “It was really an opportunity lost. This is an opportunity to share a heck of a lot more information about the coffee with the customers.” 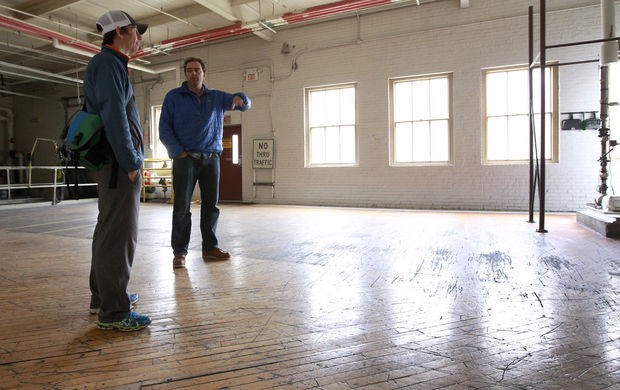 Inside the new space.

The Sidecar portion of the Wonder Bread building will include a casual, open space for seating, with a bar that resembles a scaled down version of the company’s other two retail locations. Vander Zanden imagines at least a La Marzocco Linea and a pourover station, along with light grab-and-go pastries. The SingleSpeed Brewery project will involve a full-service brewpub, with an open kitchen and potentially also a bakery—although probably not of the vitamin-enriched, sliced white variety.