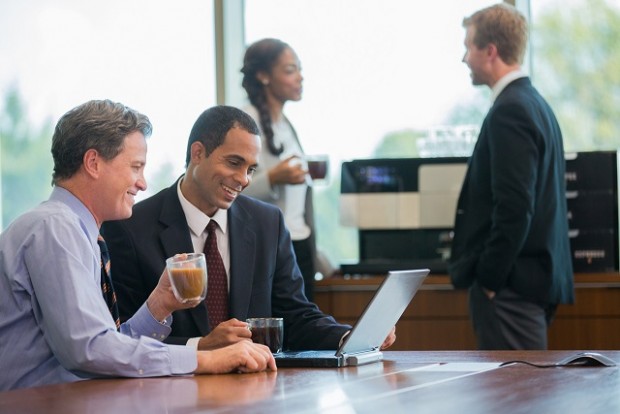 In an announcement today, the company said the addition of the powder formula to Mars’ existing ground coffee-and-filter packs results in “perfectly-prepared froth.”

The product’s list of ingredients includes (in this order): Skim Milk Powder, Reduced Minerals Whey (Milk), Sugar, Potato Starch, Silicon Dioxide, Artificial Flavor, Vitamins A & D. While silicon dioxide is often used as an anti-clumping addition to powdered ingredients, the “frothiness” of Mars’ product ostensibly comes from the potato starch, which is often used as a thickening agent in liquid applications. Each serving-size package of the dried milk product comes in at 47 calories.

“By 2020, millennials will make up 40 percent of the workforce, and they’re looking for a wide variety of drinks at work, especially espresso-based drinks like cappuccinos and lattes,” Mars Drinks North America General Manager David Flochel said in the product announcement. In a somewhat odd pitch, Flochel continued on to suggest the milk froth powder could be a tool in improving interpersonal communications between people of different generations within the workplace, saying, “In a recent survey commissioned by Mars Drinks, we learned that millennials view coffee as a way of connecting with older peers and colleagues at work and fortunately, they no longer have to leave the office to get their favorite drinks. Mars Drinks is helping to bring people of all generations together by providing the drinks they love, conveniently in the workplace.”

The Mars Drinks powder line is available under the Alterra brand name, which the company has built into its primary coffee- and espresso-drink brand since purchasing the name and marks in 2010 from the Milwaukee-based specialty coffee roaster/retailer that has since fully rebranded into Colectivo Coffee.