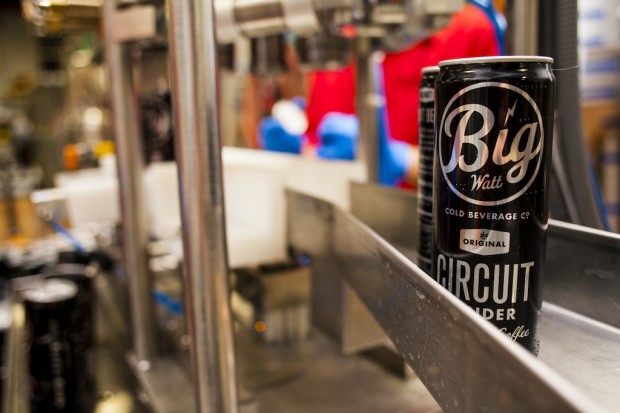 When the Five Watt Coffee shop opened at 3745 Nicollet Ave S in the Kingfield neighborhood of Minneapolis back in May of 2014, the future looked bright, but not necessarily extraordinary. The plan was to grow like any other coffee company, slowly and steadily, maybe adding another retail shop in time. But then lightning struck — cold, dark lightning.

Founders Lee Carter and Caleb Garn, both guitar-playing alumni from the Bull Run Coffee Bar on Lyndale Avenue in south Minneapolis, had just brought beverage industry consultant Jason Westplate on board as a partner to develop an in-house line of coffee bitters and an alcohol program to expand the shop’s offerings. Their custom blends and single-origins were roasted by the Saint Paul company Roundtable Coffee Works, and their cold brew was proving particularly popular.

The initial plan was to carve out some greater flexibility with a line of wholesale and retail products to sell beyond their own café, and, with the creation of the Big Watt brand line, to add some comfortable distance between their shop’s brand and that of other shops that want to bring their products in without convolution. 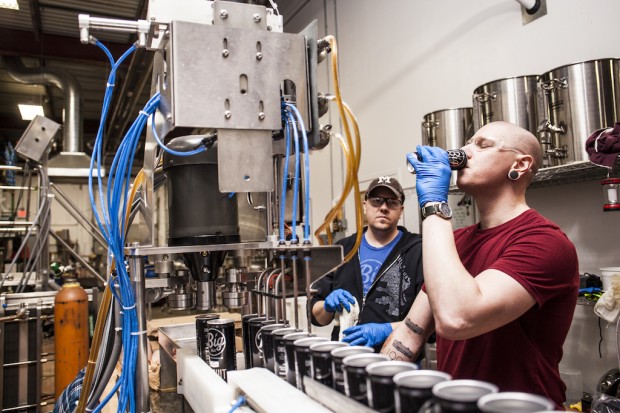 “It became the vehicle for us doing stuff outside the traditional café environment,” Big Watt’s Westplate told Daily Coffee News. Cold brew bottling began in house with a goal along the lines of maybe 1,000 bottles per week, and then the Edina-based wholesale distribution company Core Beverage came a-knockin’.

“Core came to us and said, ‘This is really cool, we’ve had clients asking for this all over the place. Have you guys thought about putting it in a can?'” Core was offering the young business a gateway to nationwide product potential. While the easy answer to that question is “yes,” the bigger question for Big Watt became “how?”

It was a question that took almost a year to answer correctly, as the Big Watt team explored ways to make a sensitive product like cold-brewed coffee in a large enough volume to satisfy a substantial distribution deal while, while also extending its shelf life and not sacrificing quality. 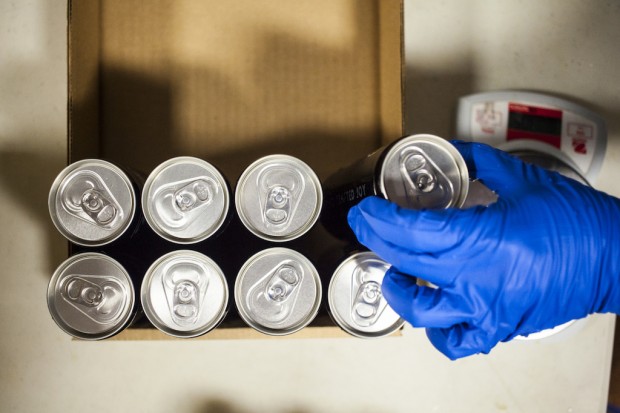 “We probably dumped 50,000 gallons of product down the drain before we got to that point,” said Westplate. As coffee people, they’d gotten their brewing processes down pat behind the bar. They understood flavor and technique, but in the large-scale brewing environment, it was a whole new ballgame.

“It was a long process and a difficult process, using a lot more science and math than we ever thought we’d have to use again,” Westplate said of the development journey that by the end of 2015 had grown Big Watt’s 5-gallon buckets to an 80-gallon tank in a temporary space leased within Burning Brothers Brewing in St. Paul. A 5,700-square-foot manufacturing facility at 2904 Harriet Av. in south Minneapolis is currently being built out, which will house not only the brewing but also the roasting, as Big Watt has brought Roundtable roastery into the fold. Roundtable founder/roaster Shawn Person is now a member of the Big Watt ownership circle, as well as Alex Gese as financial manager. 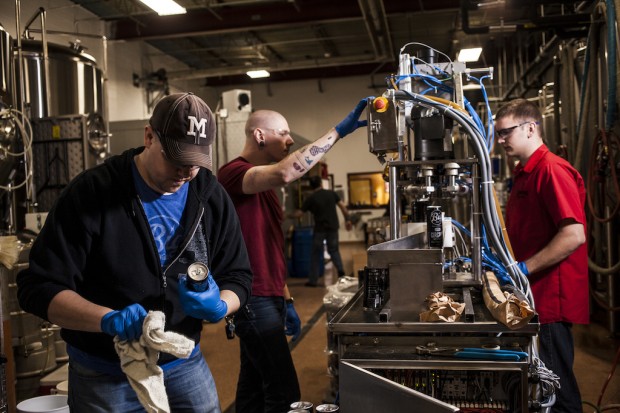 Using a proprietary method of brewing — no additives or preservatives, just pure coffee and water — Big Watt’s canned Circuit Bender cold brew claims a shelf life of 16 months, while Westplate is confident that the actual shelf life is probably well beyond that. “Our true shelf life? We’re not even sure. We know from our bench testing and our scientific testing that it probably goes past 16 months,” said Wesplate. “Sixteen months was a conservative number that we could put out — that we know for a fact.”

Without revealing any secrets of the process, Westplate reported that Circuit Bender consists of two Colombias and an Ethiopia, steeped for somewhere around 20 hours, depending on barometric pressure and ambient temperature. With Circuit Bender as the foundation, Big Watt’s “infused” line will involve natural flavoring components added during the steeping process, with results named after Minneapolis weather milestones.

The Winter of ’83 cold brew will include cedar, spruce and maple, and is named for the snowiest winter in Minneapolis history. The Summer of ’36 — known for Minneapolis’ hottest July on record — incorporates three different peppers, agave and apricot. “Once we’re in our own facility and we’re able to make brewing equipment do things that are more attuned to coffee than beer, all of our infused products will be done in that environment,” said Westplate. 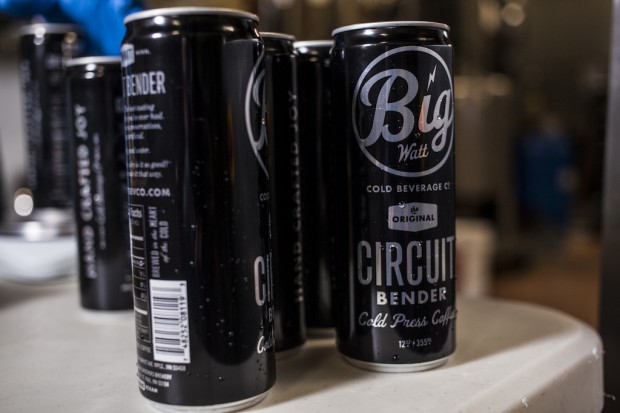 Also soon to come will be the Circuit Breaker, which is a smaller, more concentrated portion of the same foundational brew, and the Bear & the Barrel, a toasted honey nut cold brew. The first finished Circuit Bender cans hit shelves in the Twin Cities in early December of 2015. By the summer of 2016, the goal is to have ramped up production to about 22,000 cases per month, and expanded distribution — in a careful, targeted manner — to other major urban markets from coast to coast.

Through face-to-face meetings and a social media campaign, Big Watt hopes to establish relationships with sellers and an awareness of the brand’s identity and culture in these markets before piling its products onto shelves. Although before they storm the gates of new territories, there’s also more work to be done on the home front, specifically in the form of a taproom-style café concept attached to the upcoming brewing facility that will be open to the public.

Projected to open in the Spring 2016, Westplate’s doing his best to keep quiet about what Big Watt’s got up its high-voltage sleeves, though it’s a strain. “Some of the stuff that’s going to go on there is just — I want to tell you. I can’t tell you,” he said. The general idea is that the establishment will borrow from the concept of a beer brewery’s taproom, and it will offer a wide selection of innovative offerings in unique ways, but in a manner that maintains some of the familiarity of a coffee shop. “It won’t feel unfamiliar. It will feel fun, it will feel clever,” said Westplate, describing innovation that’s “not just for novelty’s sake, but because it’s good and it makes sense.”