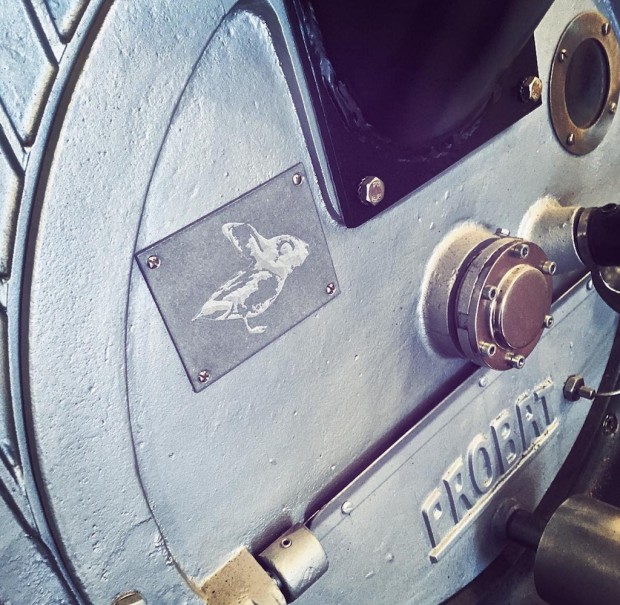 In the 1953 tome Philosophical Investigations, the Austrian-British thinker Ludwig Wittgenstein presented an illustration of an animal that, depending on the eye of the beholder, may clearly resemble either a duck with its bill pointed left, or a rabbit facing right with its ears tucked down in back. It really could be either one, therefore it literally is, yet logically cannot be, both.

Wittgenstein was fascinated by the mental transference that occurs when one at first sees a duck but then sees a rabbit, and how that internal shift relates to an objectively unchanging external reality.

Cal Verga, proprietor and roaster of Duck-Rabbit Coffee, sees coffee as a sort of Wittgensteinian duck-rabbit. Specifically, he sees responsibly grown, carefully sourced, exactingly roasted coffee as a duck-rabbit from the presumed perspective of a coffee-drinker that may never have been exposed to the difference. 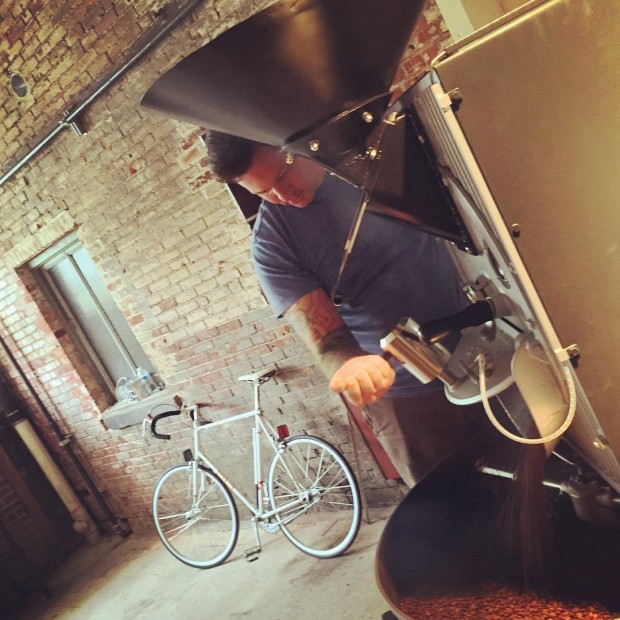 When someone approaches coffee with only their experiences drinking over-roasted, low-quality, commodity-grade industrial products informing their perception, then that’s what they’re likely to see, no matter what coffee they’re looking at. But if encouraged to pause, reconsider and learn more, next time that duck might be a rabbit.

Verga said it is the aim of Duck-Rabbit to add the informative layers to people’s experience that forever transforms their perception of the object that is coffee. Said Verga, “[Duck-Rabbit is] helping people revere it, and see it as something worth respecting and giving your time to.”

The earliest Duck-Rabbit branded coffees were roasted about year and a half ago on a Probat L-12 owned by the Oakland, Calif.-based home-roasting green coffee supplier Sweet Maria’s, where Verga worked for several years to help make ends meet while studying at UC Berkeley.

Upon moving back to his hometown of Cleveland, Verga at first rented roasting time at Brioso Coffee , and for approximately the past eight months, he has been roasting greens sourced through his connections at the Sweet Maria’s-linked importer Coffee Shrub on his own early-’80s Probat G-12. 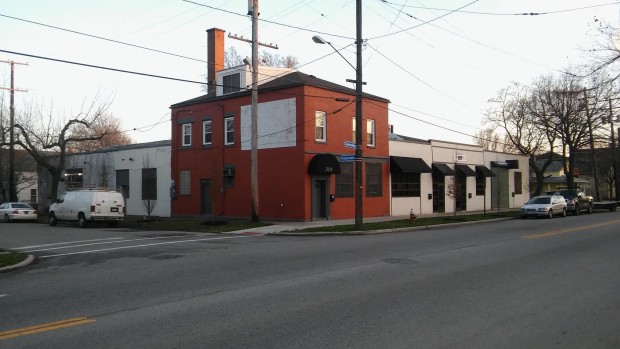 “We’re gearing up to get the coffee bar aspect of that space opened up to the public,” Verga said of the 800-square-foot space where the roaster will be in full view of patrons. The menu will be simple, featuring local pastries, Kalita manual brews and espresso drinks through a three-group La Marzocco GB5. Retail whole beans and select home brewing gear will also be on offer.

Duck-Rabbit Coffee is joining the Western Reserve Meadery inside a century-old building purchased by Forest City Brewery. The building at 2135 Columbus Road — coincidentally in the neighborhood of Cleveland called Duck Island — was at one point home of Cleveland’s historic Atlantic Beer Garden, and has been refurbished for its new life as a craft beverage destination. “We’re the most finished entity in the project. We’ll be the first ones opening our doors,” said Verga.

Collaborations are, of course, imminent. Verga reported that the Meadery is already tinkering with a stash of Duck-Rabbit coffee. In the meantime, Verga is focusing on the upcoming opening, with nothing else planned until the shop settles into a groove. Said Verga, “I’m not looking too far into the future as far as secondary café openings or anything like that.” 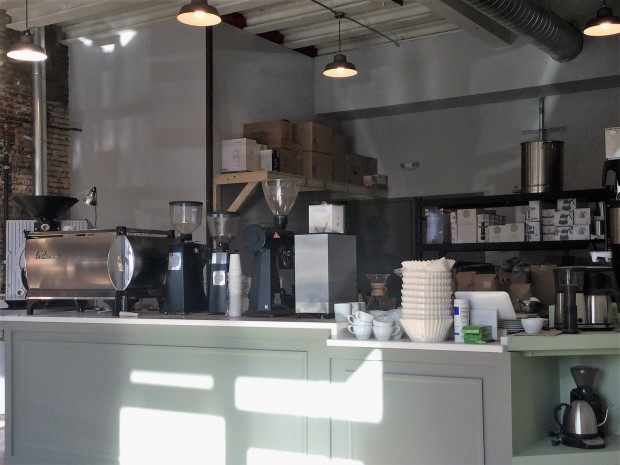 The bar at Duck-Rabbit

Duck-Rabbit Coffee’s retail bar is slated to open in mid-April, with just some last-minute cosmetic details to finish up in the interim. A fleshed-out, rebuilt website with brew guides and other information will be launched prior to the opening as well. As for whether or not the neighborhood eventually comes to be known as Rabbit Island, that remains to be seen.