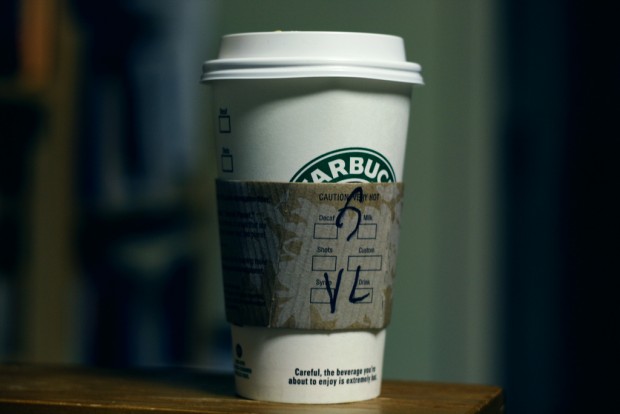 Two California residents have filed suit against Starbucks Corporation, claiming the coffee company routinely underfills its lattes to the advertised sizes of 12, 16 and 20 ounces. The class action suit follows a similar suit in November in which an Illinois man claimed Peet’s Coffee & Tea was shorting customers on the advertised size of its French Press offerings.

Benjamin Robles of Carlsbad and Siera Strumlauf of San Francisco are the plaintiffs in the suit, and they claim that they have been deceived and cheated by the company after purchasing various $3.95 lattes that they say were have been underfilled by as much as 25 percent. The suit suggests the alleged practice of underfilling is a result of the company’s published drink-making protocols used by trainers and baristas.

“Starbucks Lattes are made from a standardized recipe, which Starbucks instituted in 2009 to save on the cost of milk — one of its most expensive ingredients,” the suit states. “To create a Latte, the standardized recipe requires Starbucks baristas to fill a pitcher with steamed milk up to an etched ‘fill to’ line that corresponds to the size of the customer’s order, pour shots of espresso into a separate serving cup, pour the steamed milk from the pitcher into the serving cup, and top with 1⁄4-inch of milk foam, leaving 1⁄4-inch of free space in the cup. However, Starbucks’ standardized recipes for Lattes result in beverages that are plainly underfilled. Stated otherwise, the etched ‘fill to’ lines in the pitchers are too low, by several ounces.”

The suit also suggests milk foam — in its foamy state — shouldn’t count in determining a latte’s volume. “In the food science community, as well as in the weights and measures community, foam is not measured on a volumetric basis,” the suit states. “Rather, it is measured by mass. When food scientists — and weights and measures inspectors — measure a liquid with foam, the industry-standard procedure is to let the foam dissipate or eliminate the foam, then measure the resulting liquid. Under this analysis, milk foam cannot compensate for an otherwise underfilled Latte.”

However, Robles and Strumlauf don’t take this alleged underfilling personally, instead claiming that it is part of a widespread corporate strategy to reduce costs, increase profits and please shareholders.

“By underfilling its lattes, thereby shortchanging its customers, Starbucks has saved countless millions of dollars in the cost of goods sold and was unjustly enriched by taking payment for more product than it delivers,” the suit states, adding that the etched “fill to” lines came about as the company was noticing diminished profits in the U.S. retail market. The suit later states, “By etching ‘fill to’ lines on its steaming pitchers and removing employee discretion, Starbucks was able to reduce its daily costs, and the company eventually made a soaring comeback. Its stock went from a low of 3.92 on November 21, 2008 to 62.61 on October 23, 2015.”

An unnamed Starbucks representative told Eater, “We are aware of the plaintiffs’ claims, which we fully believe to be without merit. We are proud to serve our customers high-quality, handcrafted and customized beverages, and we inform customers of the likelihood of variations.”

Maybe they are using the Donald Trump definition of what is big.

If by “widespread corporate strategy” they mean “severely underpaying and undertraining their baristas” then yeah, that’s exactly what Starbucks is doing.

I am not a Latte drinker myself, more of an Espresso Macchiato lover. In any case, I believe the same rule applies: It is all about the proportion between coffee and milk/foam. Adding more milk to the mixture results in a different drink…
I personally care more about the right proportion and taste of my drink, rather than the exact amount of ounces that hit my stomach. I find this a frivolous sue. You can always ask your barista to ad a little more milk and in most cases, they will gladly do it for you. I often find myself asking them NOT to ad as much milk to my drink instead.
It wouldn’t hurt to improve their baristas’ training though, more than once I have been served a macchiato that looked more like a latte. I have even been asked if I wanted my Macchiato Tall, Grande or Venti! It is a shame to find such uneducated baristas at some locations.

If it’s just lattes, then they should find another variety of drink to purchase. I agree with Maria R. Once the proportion of coffee/milk changes, it does become a different drink. They just need to find a new favorite to purchase and try making their own lattes at home so they can change the proportions to their tastes, and not have to sue for what is a standard latte recipe.