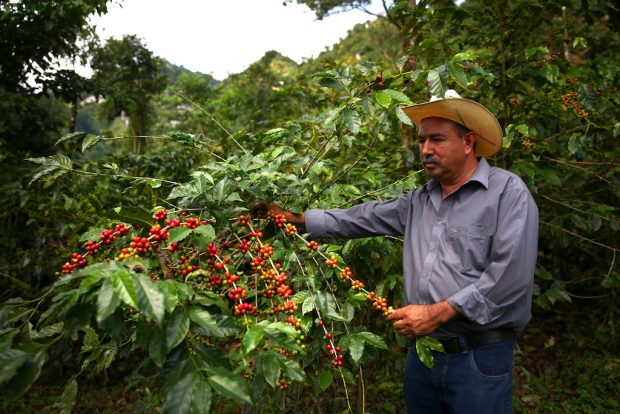 Coffee farmer Martiniano Moreno examines coffee cherries on one of his plants in the Jaltenango region of Chiapas, Mexico. Photographed on November 16, 2015. (Joshua Trujillo, Starbucks)

With a global coffee market characterized by volatility and long-term supply concerns, Starbucks has turned to the bond market to finance 10 years of sustainability programming.

The company announced yesterday that it has closed on an offering of senior notes, from which the company will use net revenues from the $500 million bond over the next 10 years to enhance sustainability efforts throughout its supply chain, while also providing loans to coffee producers.

The company says it is the first bond of its kind issued by a U.S. corporation for sustainability projects. Specifically, Starbucks said the money will be used to ensure that coffee purchases from suppliers are verified with a third party as being in compliance with Starbucks’ CAFE Practices sustainability program, first developed 15 years ago in collaboration with Conservation International.

Money will also be used to develop and operate Starbucks-owned farmer support centers in eight coffee-growing regions, including its global research and support center in Costa Rica, where Starbucks purchased its first coffee farm. The company also said $50 million will be used to provide short- and long-term loans to farmers within its supply network.

“The longevity of the coffee industry is directly linked to the social, economic and environmental conditions of coffee communities around the world,” Starbucks Global Coffee Executive Vice President Craig Russell said in an announcement of the bond. “This new sustainability bond offers a way for investors to better understand the work we are doing to help ensure that there is a future for farmers and our industry.” 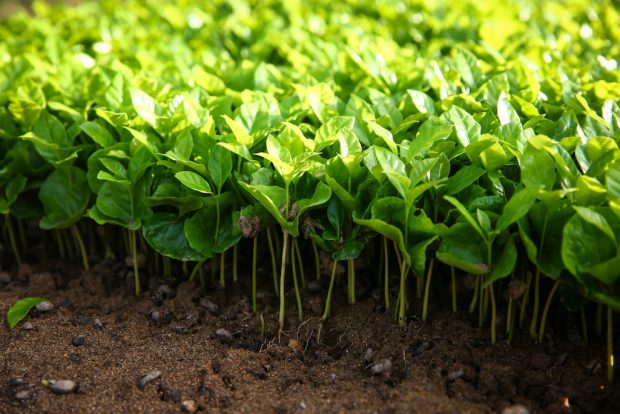 Starbucks has long talked about its corporate and financial commitment to supply initiatives throughout its supply chain, but what’s most interesting here is the funding mechanism, in the form of a publicly issued bond comprising senior notes, those that take precedence for repayment in the event of bankruptcy.

The concept of corporate sustainability bonds — those in which investors see the opportunity for money to be made in economic, environmental and/or social sustainability initiatives — is a relatively new one, led to this point by banking institutions and, to a lesser extent, private corporations in European markets.

According to a Bloomberg report involving analysis of its own data, 21 bonds have been issued globally to fund social projects since 2012, raising a total of $4.6 billion, the Starbucks bond included. Bloomberg has more with Starbucks Chief Financial Officer Scott Maw, who told the news service that the company opted for a sustainability bond approach after discussions with banks and the realization that the offering could attract a “diverse group of socially focused investors outside its normal investor base.”

For more on sustainability bonds and their counterparts, “green bonds,” read the full Bloomberg piece.