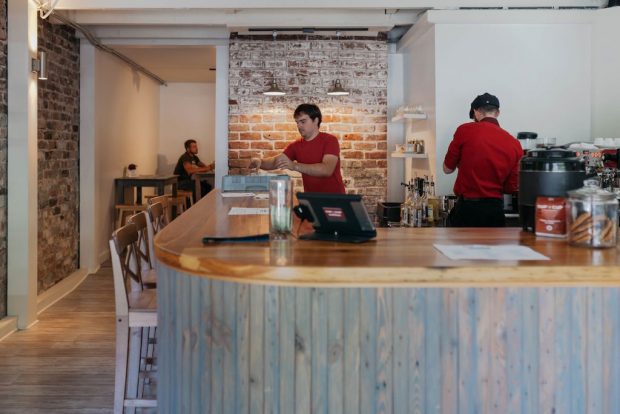 James Spano at the Cup to Cup bar. Photo by Laura Mulder.

From the moment a harvester’s cupped hands transfers ripe coffee cherries, to the blooms around a cupping table, to a beverage in a cup placed on a retail counter, a lot transpires in between.

And then there’s the moment from one cup to another — when two people sit opposite each other chatting, taking sips, sharing perspectives and ideas — that’s arguably the culmination of coffee’s journey, and that’s the moment the Savannah, Ga.-based roasting company Cup to Cup Coffee Roasters seeks to celebrate in its flagship café, which opened a month ago.

Since starting the company in 2009, owner James Spano has looked forward to establishing a retail front. “The goal all along was to get the roastery going, because it was something I knew I could do all by myself, and then in about five years, open up a retail side of things,” Spano told Daily Coffee News. 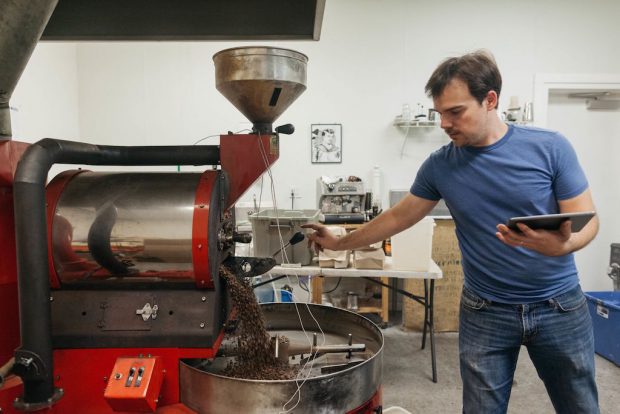 Unfortunately, 2009 bore a large chunk of the Great Recession, which stymied progress considerably. “I got a little bit slower of a start than I was hoping for,” said Spano. “And I just quite frankly didn’t know how to run a business, so it took me time to get that going.”

And after not five but seven years of building and running cafes in his mind, he was certainly ready when the time finally came. “We got our business license at about 11 o’clock, and we were open by one,” said Spano. Not that he’d been sitting on his hands in the run-up to that day.

Spano, a Level 1 SCAA certified barista who landed in 3rd place at the 2014 Southeast Regional Brewer’s Cup Championships, also made it to the final round of the US Roaster Championship — which was open to 40 members of the Roasters Guild — earlier this year. 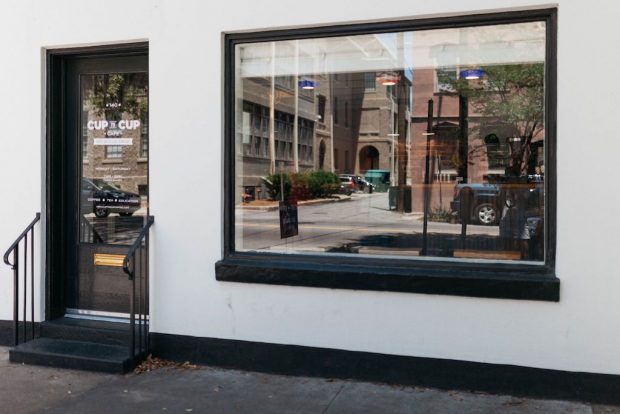 It was a Brazil supplied to each competitor by Ally Coffee Merchants that got him through the first round of the roasting competition, and a Panama of his choosing that he entered in the last, both roasted in his production space on Wilmington Island outside Savannah on his trusty 10-kilo-capacity Promor roaster that was made in Veracruz, Mexico.

He ranked first in the first round, third in the second and then sixth in the final, possibly, he thinks, because he psyched himself out of going deep enough on the roast with the Panama, leaving it underdeveloped even for what one would assume is the specialty judge’s palate.

“As much as I try to stay away from having a dark roast, it’s really popular right now. It’s in high demand,” Spano said of his home market, for which his profiles range up and down the scale in order to accommodate his own tastes and those of his clientele. “If they don’t like everything to be super floral or super fruity, there’s some things to choose from.” 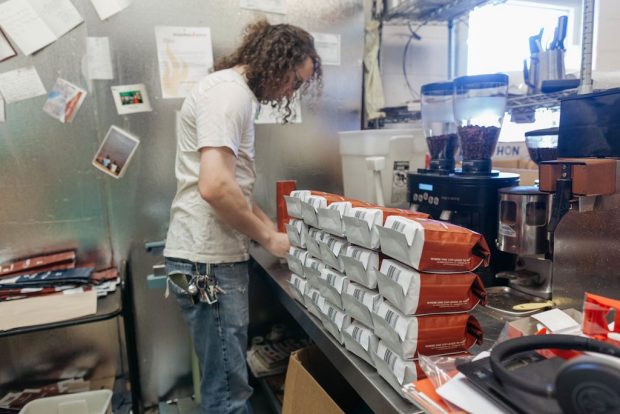 Yet even when pushing it to a Vienna roast with a bit of sheen on the bean, Spano says he does it his own way, trying to preserve as much flavor as he can.

“There’s a little bit of character left in the bean. I try to use a really hard, high-grown bean,” said Spano. “It’s easy to want to throw the cheapest thing you’ve got into a French roast because it’s going to taste like char no matter what. But if you use a high quality bean that has some strength in it, you can pull out a little bit of flavor and get something more out of it.”

At the Cup to Cup Café, Spano’s roasts are ground by Mahlkonig K30 Twin for espresso drinks made on a La Marzocco Linea PB espresso machine. Brewed coffees come by way of Bonavita Immerson Drippers, and Spano said he’d like to introduce Aeropress to the manual lineup.  The space is laid out with about 300 square feet of service and seating in the front of the shop and an equal amount of space in the back, plus another approximate 100-square-foot storage and office room. 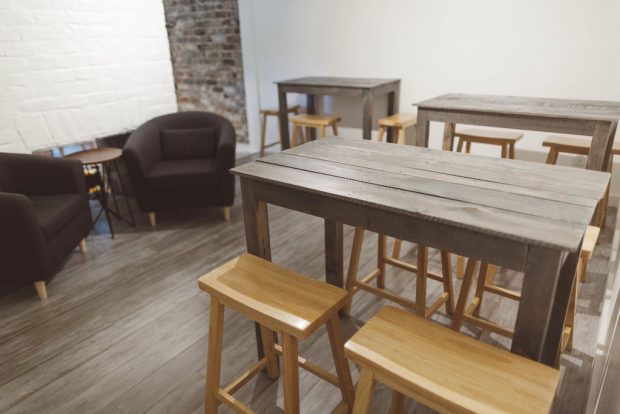 For green coffees Cup to Cup partners with Ally Coffee, Keffa Coffee, Thrive Farmers Coffee and IPCoffees at the moment. As the café continues to gain sure footing, the plan going forward is grow the wholesale business and add value through education. Spano would like not only to enhance training services he provides to wholesale clients using the equipment in the Cup to Cup shop, but also to establish a sort of regional certification program that current or aspiring baristas can pursue as a credential for getting a coffee job anywhere in the area.

Spano envisions a program of four 3-hour sessions to work on espresso, milk-steaming and other techniques at the professional level, after which students would be “Cup to Cup Certified,” a designation they could wear with pride, put on a resume and take back to their shops to keep quality high across the board. 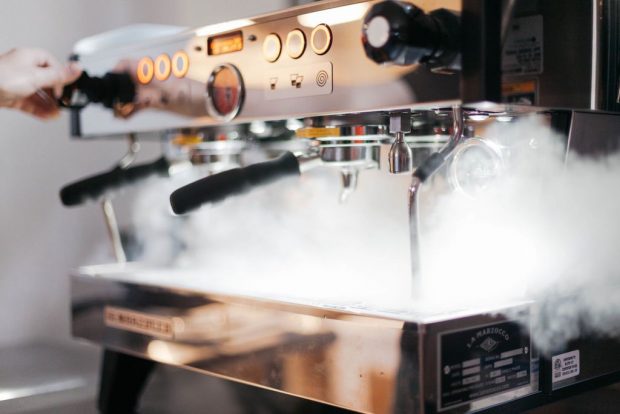 “I don’t want it to be misconstrued that it’s us teaching SCAA classes. We’re not doing that, we’re not licensed or certified to do that,” said Spano. “That’s certainly its own valuable thing that I would highly encourage shops to send their baristas to. But for basic skills, for getting things done and being able to get yourselves functioning in a shop, I think we can offer something to people in the city that translates well.”

It is so great to see these brand-new coffee shops opening up, stunning, beautiful but no where do I see in Costa Rica or Guatemala anywhere in Central America and the coffee growing Land, any farmer driving a brand new car, brand-new roof on the house,anything. All I see still is the Yankee roasters still Manipulate these farmers, Put a poor farmers wife’s face on a coffee bag have the Yankees here in America think that their money is going back to the farm, sustainable farming no, any money that’s been spent has been spent on the green bean and not at a fair market rate. When a 1 pound bag Of Guatemala coffee dark roast in the North East is goneing anywhere between 12 and $25 a pound. And none of that is going back to the coffee land so who’s winning?