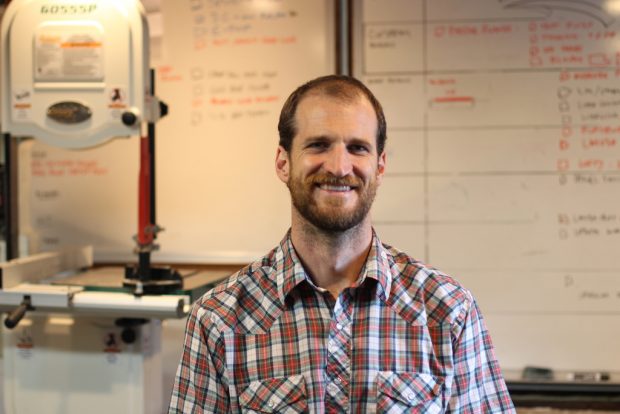 We took note of the white powder-coated La Marzocco Strada with gold side panels in the Allegro Coffee flagship café, for example. Sometimes modifications include functional aspects under the hood, such as the 5-group conjoined Strada EP-EE beast just brought on line at Camila Ramos’s newly opened coffeehouse All Day in Miami, Fla. 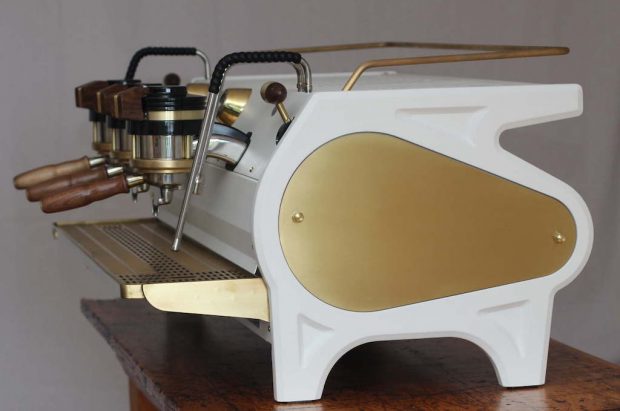 It’s an exceedingly rare entrepreneur that has the time, tools and talent to pull off these jobs in-house. In both of the above cases and many others besides over the past three-plus years, the awe-inspiring hot-rodding and beautification work has been done by designer, fabricator and engineer Jacob Ellul-Blake, who goes by the company name of Pantechnicon Design.

Blake’s espresso-focused 1,500-square-foot customization studio just north of Seattle, Wash. is where all the magic happens, involving a combination of low and high-tech methods. “We do a lot in a pretty small amount of space,” Ellul-Blake recently told Daily Coffee News.

In the workshop there’s a lot of manual work that’s done with basic hand-finishing and wood tools, and then there’s the computer-controlled router that he designed, wired and welded together himself from scratch. Ellul-Blake said his operation is still centered on the 4-by-6-foot router. Said Ellul-Blake, “That’s one of my primary tools that allows me to do a lot of what I do.” 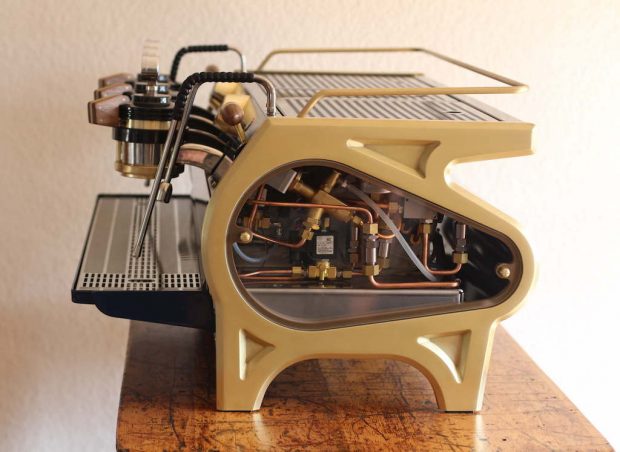 What’s particularly impressive is that this professional engineer, who worked for roughly four years for La Marzocco doing R&D and product development work before branching out into some freelance design work for other manufacturers, is largely self-taught. “I’m a very highly educated classical musician. I went to school for classical music,” said Ellul-Blake. “I have approximately zero formal training as an engineer.”

Like so many other artists, musicians and creative types, it was while endeavoring to play music full time that Ellul-Blake wound up getting into coffee to make ends meet, and then spiraled into a passion for the industry of the bean. And given that his first position was with Zoka Coffee in Seattle in the early 00s, such a fate would in retrospect seem all but inevitable. 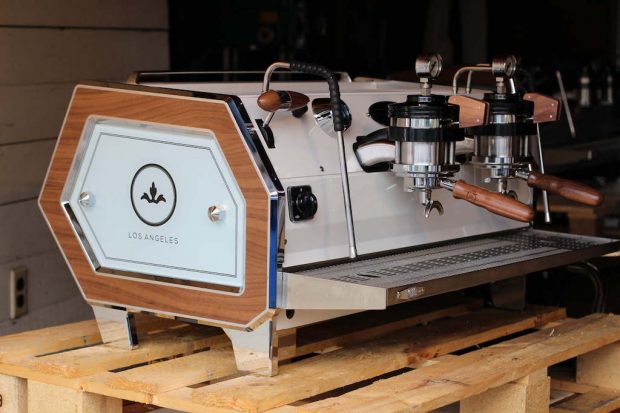 Ellul-Blake’s work at Zoka was mostly on the wholesale side of things, fixing espresso machines, doing deliveries and installing equipment for client cafés. This type of work suited him well, and despite the inspiring strides his coworkers were making in their own professional development, it was the work of Netherlandish espresso machine designer Kees Van Der Westen that most resonated with, and continues to inspire Ellul-Blake. 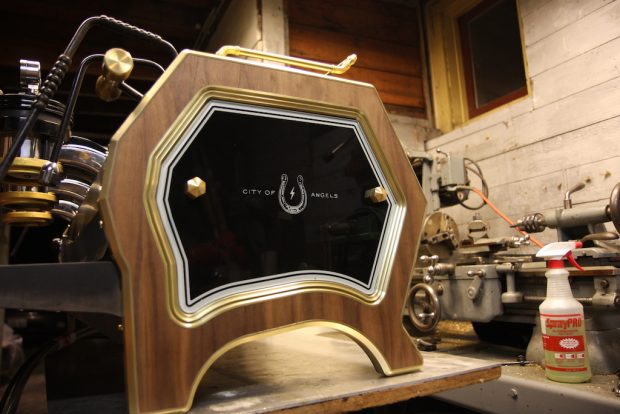 “Somebody showed me his website when I first worked at Zoka and I was like, ‘I want to do that. That is awesome.’ That’s what planted the seed for me,” said Ellul-Blake, who followed the designer’s career from that point on with utmost respect for the quality, detail and craftsmanship of his work. Today Ellul-Blake is both humbled and proud to be able to meet with this pioneer as an industry peer.

“It’s really cool to be able to sit down with him and at a trade show, or stand in front of a machine that I’ve made, and to be able to talk with him about it is just friggin’ awesome,” said Ellul-Blake.

At this point Pantechnicon Design has been behind a bit more than a dozen head-turning espresso machines that now live out in the field. Upcoming projects include a custom machine for Counter Culture Coffee‘s temporary takeover of the La Marzocco Café in Seattle, after which they’ll take the machine home with them. Currently Pantechnicon is ensconced in a two-machine project for Melbourne, Australia company The Grounds of Alexandria, about which Ellul-Blake couldn’t share much except to say that it is an extensive, time-consuming aesthetic design with some added architectural elements that harkening back to an earlier historical period. 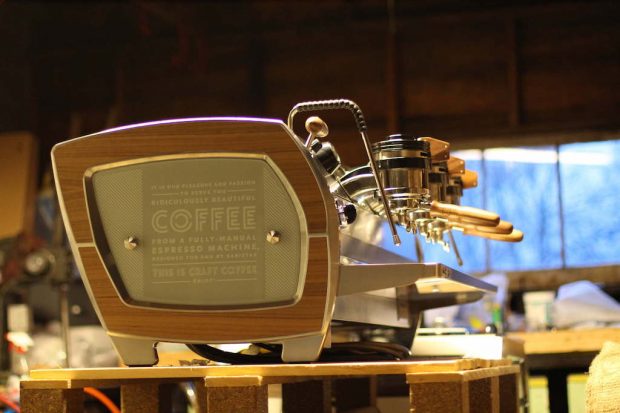 As for whether Pantechnicon might eventually evolve beyond customization and build its own completely unique machine from the ground up, Ellul-Blake thinks it’s possible, but that he’d be reluctant to give up the freedom and flexibility of specializing in one-off works.

“It seems like a logical endpoint of what I’m doing,” said Ellul-Blake. “But I don’t have a strong desire to be a manufacturer of espresso machines, because the stuff that I enjoy the most is the design and making process of creating something special for a particular person or location.” 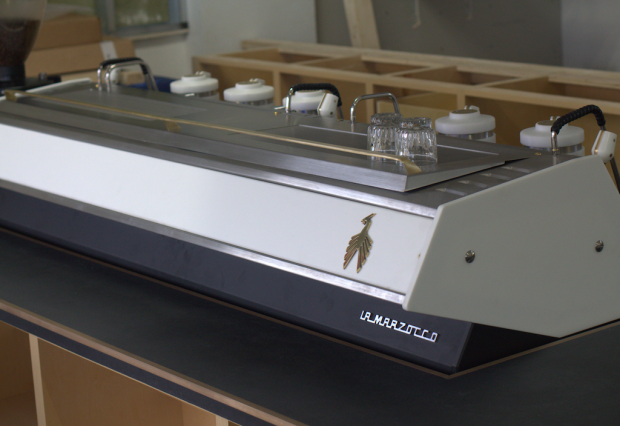 The 5-group conjoined La Marzocco Strada EP-EE for All Day in Miami.