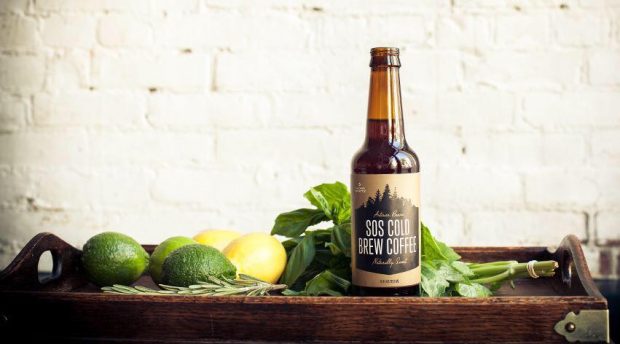 The thunderous demand for bottled cold brew has created somewhat tempestuous conditions for the category, as new companies and brands of all makes and sizes set sail in largely uncharted waters.

One of these new brands is Seattle-based SOS Cold Brew, although its particular course has already been several years in the making. The brand was officially created last year, and has in recent months aggressively debuted its core products through industry events, consumer-focused events and social channels.

Contracting with a Seattle roaster for a blend of predominantly Central American and Brazilian coffees, SOS’s introductory products are a classic cold brew and a nitro cold brew. While the brews are designed to be fully appreciated on their own, SOS has also been routinely partnering with spirits companies and bartenders for events, competitions and other creative collaborations involving the use of SOS brew as a primary ingredient to various cocktails. 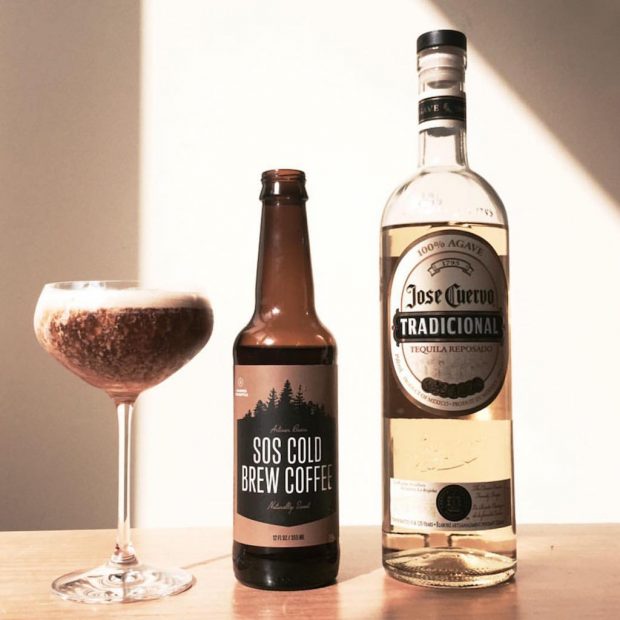 The winning cocktail from a competition in Vancouver sponsored by SOS and Jose Cuervo. The recipe was created by Todd Zimmerman from the YEW Restaurant at The Four Seasons Vancouver.

Zack Klassen, whose family owns a majority share in SOS’s parent company and who leads much of the marketing and sales work for the brand, acknowledged the increasingly crowded cold brew marketplace, and said the interaction with the world of mixology could be a major differentiating point for the brand. With that in mind, the company plans to launch five new creative-cocktail-friendly SKUs this year, such as a vinegar shrub cold brew and a carbonated offering.

Behind the brand — formerly known as Sip of Seattle, a name that was changed because of the company’s expanded national and international focus — is a 5,000-square-foot brewing and bottling facility in Seattle that previously belonged to beer-maker Odin Brewing.

With a production capacity of approximately 6 million bottles per year, the company behind the SOS brand, called DOT Enterprises Inc., is currently working with other coffee companies in private label relationships in cold brewing, according to Klassen.

“We are currently working with multiple coffee roasters to finalize recipes, brew and package their own cold brew products in our new private label program,” Klassen told Daily Coffee News, adding that the company is offering cold distribution services to the Seattle, San Francisco, Los Angeles, Phoenix and Austin markets, with more to follow. 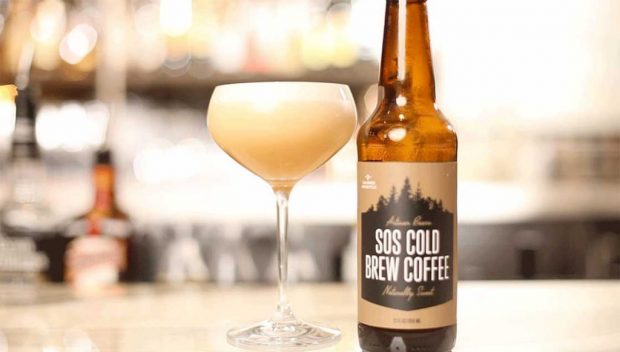 The private label distribution and SOS brand proliferation have been made possible and bolstered by a relationship with Blue Tiger, the office specialty coffee provider that began in Seattle and has since expanded through distribution centers in nine major U.S. cities plus Vancouver, B.C. The company carries coffees from some of the leading quality-focused roasters throughout the U.S. — names such as Stumptown, Klatch, Intelligentsia, Counter Culture and Verve — with SOS being its primary cold brew offering in bottles, growlers or kegs.

SOS has also been establishing a strong retail presence, with its bottled product in more than 120 different grocery stores throughout the Pacific Northwest — including Whole Foods locations — and Klassen said more grocery distribution is forthcoming in different U.S. markets.

“We definitely are aggressively growing retail, but the way we’re thinking about it is in markets outside the United States,” Klassen said. “We’ve signed with brokers in Canada, we’ve got a presence in Australia. We are definitely looking for any retail outlets in the United States, but wholesale coffee is definitely keeping us busy.”