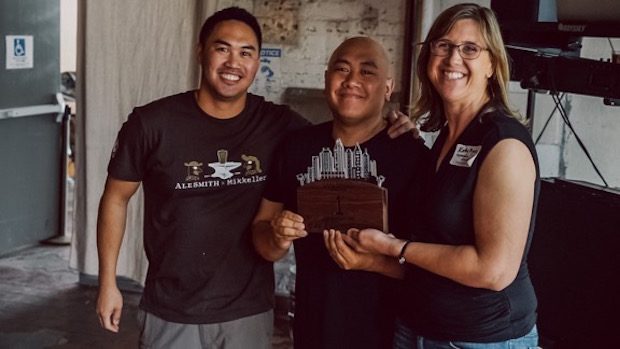 Another sign of cold brew coffee’s settlement as a specialty coffee menu mainstay, it has found its way onto the competition circuit.

This past April at a party thrown by Stumptown Coffee, Rogue Ales and Barista Magazine in conjunction with the SCAA Event in Atlanta, Ga., the “1st International Cold Brew Coffee Throwdown” took place, awarding cash and prizes to the makers of cold brews made from any roaster of the contestant’s choosing, both straight and in a cocktail-style concoction.

At that time another event was also in the planning stages: Cold Brew City, a San Diego-based cold brew competition outside of the major industry event scene.

Organized by the San Diego Coffee Network, an industry group founded in 2014 to promote collaboration among coffee peers and spread awareness and appreciation of specialty coffee to more people around the city, the contest was originally planned to be open to enthusiasts and pro baristas and roasters alike. 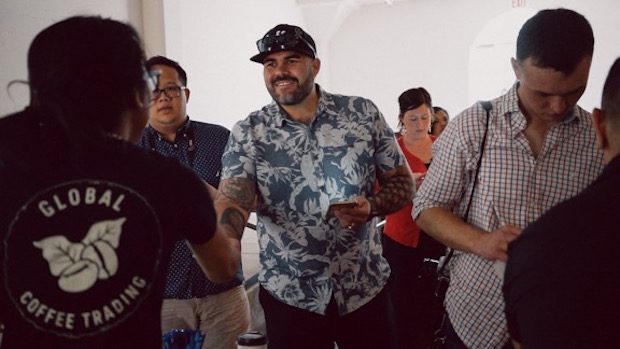 “We originally thought it would be fun to do a hobbyist event where anyone could enter their cold brew, but quickly realized because of food safety regulations that sort of event would be too complicated to organize and we only had three months for logistics,” SDCN Founder & CEO Jessica Percifield told Daily Coffee News.

The SDCN sent out a “Save the date” announcement in March, followed by a limited-capacity, first-come-first-served registration period. There were 12 contestants altogether, ten of whom represented local roasters. One was a local café that serves Klatch Coffee, and one was Red Hat Coffee, a company devoted entirely to its bottled RTD retail cold brew product.

“This year’s criteria were simple, you just had to be a local cafe, roaster or vendor of cold brew coffee with access and use of a commercial kitchen to meet food safety regulations,” said Percifield. The two competition categories were Original Cold Brew — brews of just coffee and water — and Signature Cold Brew, which could include additions such as nitrogen, spices or other flavorings. 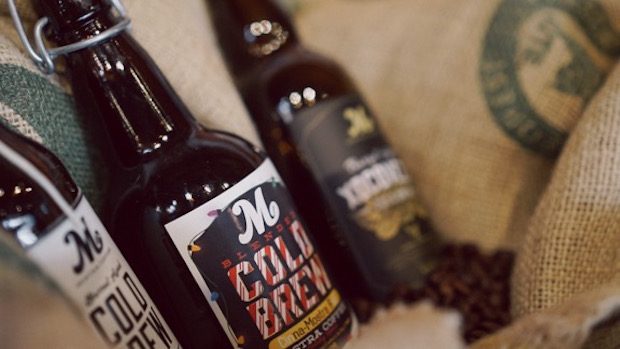 General attendance was open to the public, and the competition was judged “People’s Choice” style, with only some slight, friendly coaching and calibration from members of green coffee importing and consulting company Global Coffee Trading.

“We really wanted this to be more about having a fun experience, light on the education,” said Percifield. “Third wave coffee has gotten an unapproachable rap, and fun, heavy-on-experience, light-on-education events like this break down the walls and allow everyone to really enjoy talking coffee. That, or we were just all pretty coffee drunk, even if the tasting flights were limited to 2-ounce pours.”

Percifield hopes that the event drew more consumers into the world of higher quality, more sustainably sourced coffee, and that it continues to grow in subsequent years.

“We do plan to grow the event in 2017 with more time for registration and a much larger venue,” said Percifield. “Opening up this signature San Diego event to cold brews from Tijuana and elsewhere is being considered. It would be a pleasure to organize such a massive cold brew fest in America’s Finest City, which would no doubt amplify the exposure of local and regional roasters, cafes and online cold brew distributors.”

For the record, the winner of the first Cold Brew City competition, in a dual-category sweep, was San Diego roaster Mostra Coffee.

Okay, just going to say it….cold brew is a terrible representation of what a coffee can be; so much is missing from it – that one would receive from a hot version of same coffee. For it to be turned into a competition is a joke!
The industry is lying to us and people are too gullible. Let’s just drink some iced tea instead please.