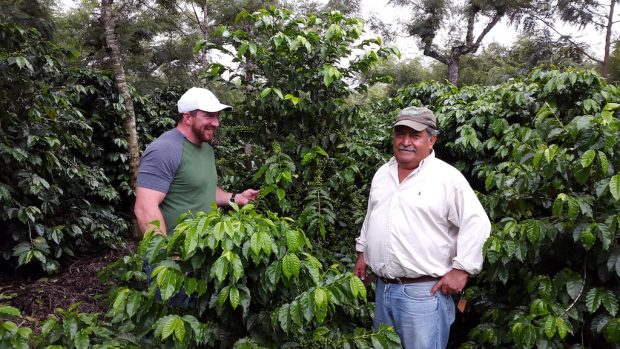 When engineer Joel Clark head to Guatemala several years ago for work on a silver, lead and zinc mine, little did he know that it was gold he’d actually strike. Coffee gold that is, in the form of partnership with brothers David and Eddie Solano.

David Solano was a local engineer hired to work with Clark, while Eddie Solano worked alongside American financial engineer Chris Dratz in ironing out fiscal projections and strategies for the business. Eventually it came out in conversation that the Solano brothers’ family owned the vast and well-respected Buena Vista coffee farm, and soon after that, Clark happened to see an episode of the CNBC reality TV show The Profit in which the host looks into a coffee roastery and advises the roaster to skip his green brokers and widen his profit margins by buying directly from the source.

“I was like, ‘woah, that’s quite a difference,'” Clark recalled. “And then I thought ‘woah, wait a minute, I know some farmers!’ Then I started talking with David and we hatched this scheme.”

In February of this year, the scheme came to fruition: The café Solanos y Hermanos opened its doors to the public in Prescott, Ariz., about one block away from the Prescott University campus. A seven-pound-capacity Sedona Elite drum roaster runs in a 200-square-foot roasting workshop adjoining Clark’s home, while the 1,140-square-foot coffeehouse caters not only to lovers of top quality coffee — greens from Buena Vista farm have scored 93 points in SCAA cuppings — but consumers that appreciate knowing their patronage supports an ethically sound supply chain, all the way down to the harvesters laboring on mountaintops a world away. 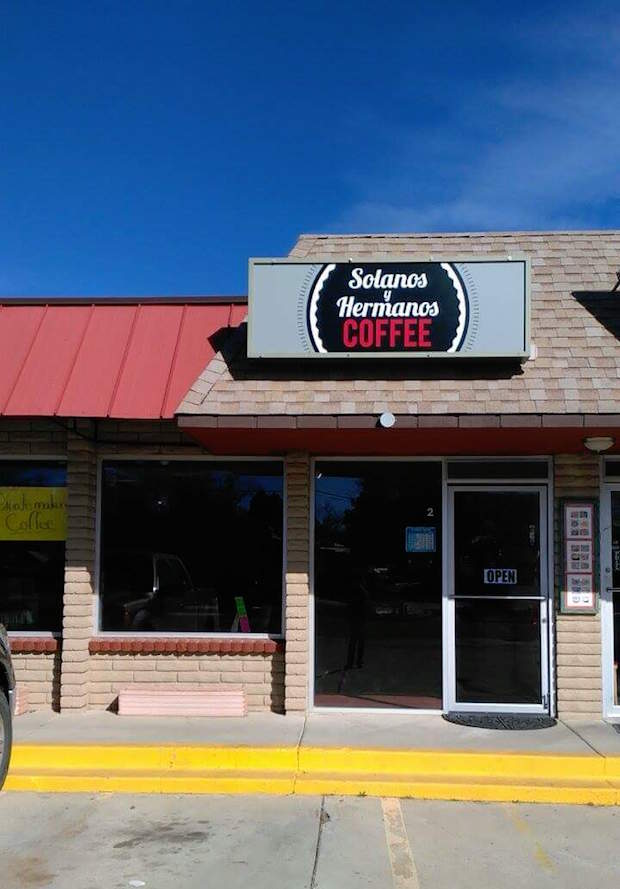 Bernardo Solano, father of David and Eddie and owner of Buena Vista farm, has, according to Clark, long striven to support and improve the lives of the laborers on the lots that cover land across five mountains.

“He has his people that he’s hired that he employs year round, and he gave them the equivalent of about 3 or 5 acres of land for them to build their houses on. He just gave it to them,” said Clark, adding, “Then he built them a school, a church and a clinic.”

Clark said that after decades of perseverance through destructive market forces such as the coffee price crash of 15 years ago that had almost left Solano ruined, doubling down on his commitment to coffee by purchasing other farms from farmers abandoning the industry, and eventually climbing back to his current height of success, Bernardo Solano wasn’t interested in becoming a partner in the US roasting and importing venture.

“He decided not to get involved personally because he’s already made enough money,” said Clark with a laugh. “Those were his exact words, he said ‘I’ve already made my money, I’m just going to enjoy it. You guys go ahead and I’ll help you in whatever way I can.'” 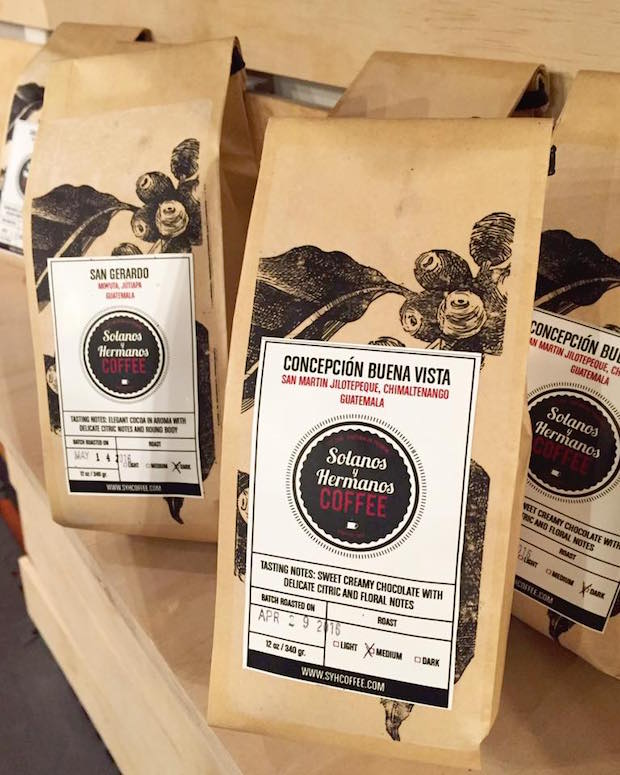 It turned out that the Solano sons were also reluctant to buy in at first, but not for lack of financial motivation, per se.

“I named it Solanos y Hermanos in the beginning when I first started the LLC, because I always wanted those guys to come in on the venture but they weren’t sure we were actually  going to go through with it,” said Clark, explaining that the brothers did eventually sign on about four or five months after the wheels were clearly set in motion. “It was a matter of just waiting, I guess. Waiting for them to see the value in it.”

So while Clark is now the majority owner of the enterprise, Dratz and the Solanos are also part owners, which is a balance Clark is open to adjusting should any of the other three choose to invest more deeply at any point. That window is especially open in the midst of expansion plans that focus just as much on green coffee as they do on the roasted.

As reliable partnerships solidify and solutions for their small quantity export and import operations iron out, Clark sees Solanos y Hermanos not only pushing into wholesale roasting and additional retail shops in the US, but also in selling small quantities of green coffee from Buena Vista and other ethically sound, high quality farms nearby and in establishing a retail presence in Guatemala.

A café situated on an open upper level of a hotel in Guatemala City’s touristy Zone 10 is slated to open this fall, serving craft coffee beverages made from coffees ordinarily reserved for export. “Most of the coffee that stays in Guatemala is the c-grade coffee,” said Clark. “They’re not really accustomed to having that really good coffee.”

In the meantime, at the Prescott shop, the coffee they carefully avoid “over-roasting” — that is, kept relatively light with some sugars preserved and citrus notes highlighted — will continue to be prepared on a 3-group Linea paired with a Compaq grinder, and through a gauntlet of manual brewing options including siphon, Chemex, v60, Aeropress and French press, with flat and nitro cold brew also on tap. A second Prescott location is in the planning stages and is hoped to include a drive-through.