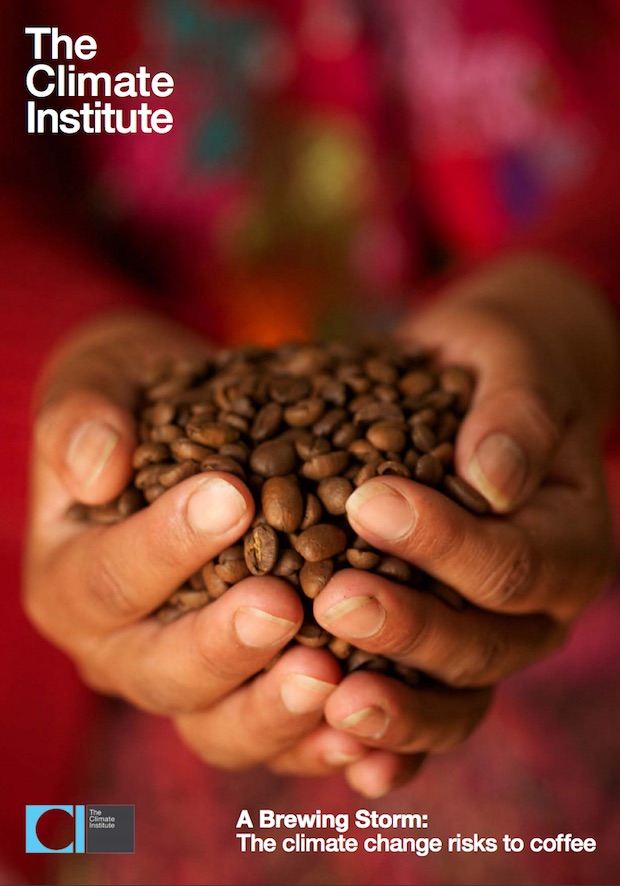 The Climate Institute of Sydney, Australia, has issued a new report that amply sums up the long-term threats to coffee production and the coffee industry at large due to climate change.

The study was commissioned by Fairtrade Australia and New Zealand, with the stated goal of better understanding the impacts of climate on global supply. Though it didn’t involve new research, the study does explore and illuminate important recent regional and global research that has suggested a troubling future for coffee, particularly the more sensitive and higher-quality Arabica species.

Additionally, it juxtaposes the threats to long-term global supply with the incremental but steady rises in historical consumption, furthering the notion that the relationship between supply and demand will become increasingly imbalanced.

“Since the 1960s, world coffee production has tripled and continues to deliver a five percent increase in consumption annually,” The Climate Institute wrote in its introduction to the study. “It is up to the world’s 25 million coffee farmers to meet this demand — a tough ask considering 80-90 percent of coffee farmers are smallholders who are among those most exposed to climate change.”

As a kind of primer on coffee production and climate change, the report also offers several visually striking infographics to help drive the message home, particularly among consumers interested in the issue and how they might mitigate their own impact by ensuring the coffee they buy is as responsibly sourced as possible. 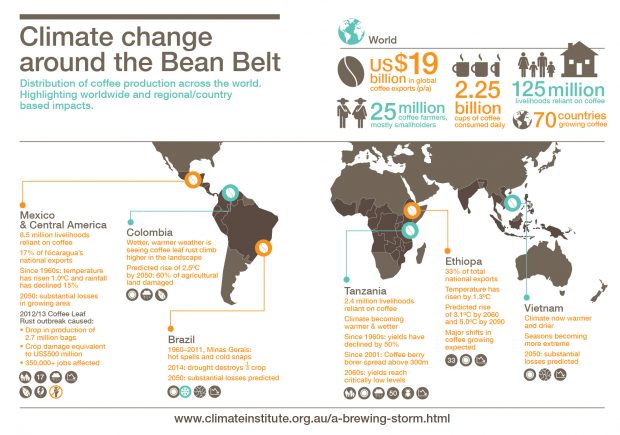 Infographics by The Climate Institute

“There are things we coffee drinkers can do to assist,” said Climate Institute CEO John Connor. “The first step is to learn about these issues and the steps being taken by Fairtrade and others; the second is to take real action by choosing to buy only the brands that are carbon or climate neutral, provide a fair return to farmers and their communities while helping to build their capacity to adapt to climate change; third is to demand climate action from the coffee companies and our governments to ensure all products, business models and economies are carbon or climate neutral.” 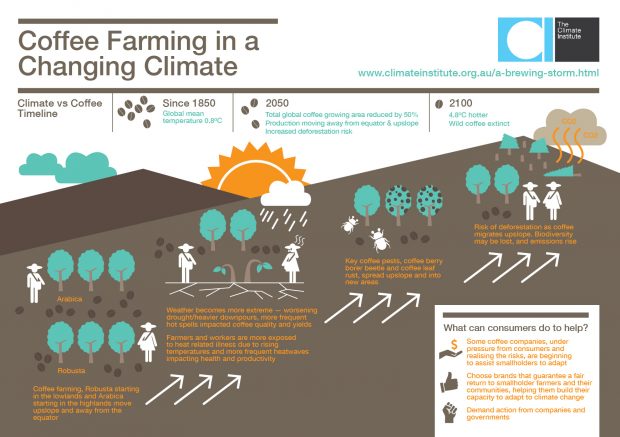