Fresno Gets a Taste of Chile at Valparaiso Cafe and Roastery 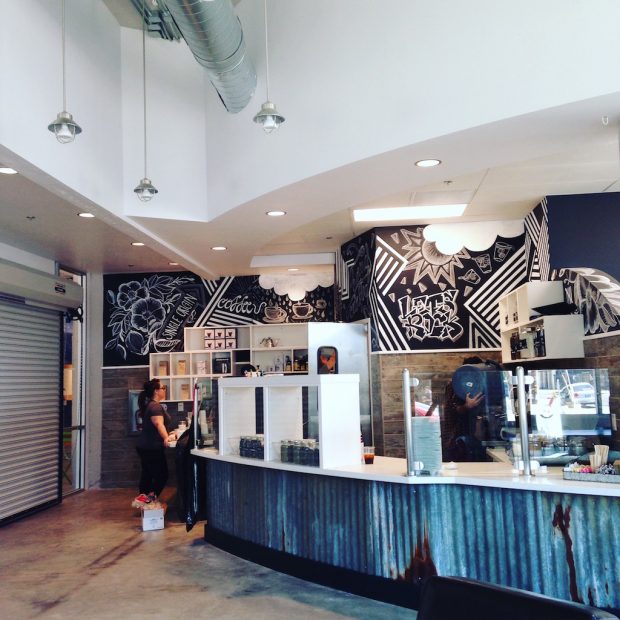 All photos courtesy of Valparaiso Café and Roastery

For tech industry folks, a good coffee shop is truly an asset, and as a new roasting and retail company in downtown Fresno, Calif., has learned, sometimes that’s almost literally the case.

Valparaiso Café & Roastery has just opened to the public inside the ground floor of the Bitwise Industries tech office building at 700 Van Ness Avenue, although it almost didn’t open there, and for a second looked like it might not open anywhere. Yet thanks to Bitwise’s appreciation for the good work co-founders Mario Vargas and Phil Subia had done together while employed at a prior coffee company, a relationship was forged that cleared the path ahead.

Chile-born Vargas joined Fresno’s Café Corazon with experience under his belt as a kitchen manager of a Red Robin restaurant. Fresno native Phil Subia had about ten years’ experience in various service and managerial capacities at Starbucks before coming to Corazon. While working together there they started formulating the intent to break out on their own, and when Café Corazon shuttered, they sought to rebrand and reopen in the same location. 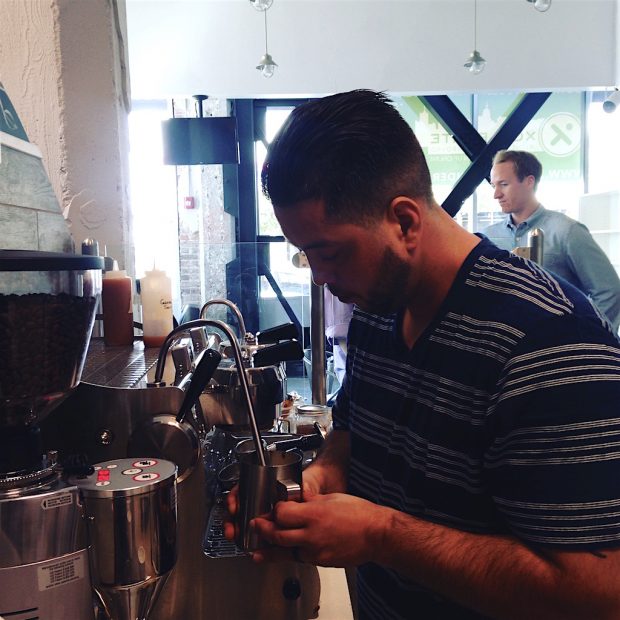 “We all lost our jobs when they went under,” Subia told Daily Coffee News of the bumps on the road to their new independent enterprise. “We ended up running into getting it set up, and then only to find a lease for what we thought would be month to month but ended up turning out to be one year, in a place where the renovations were just going to be too much because it was an old building.”

Word had somehow spread about their challenges, and Vargas and Subia’s former happy customers at Bitwise stepped in. “Luckily, out of nowhere, Bitwise knew who we were, and they asked us to come in to this location. We probably wouldn’t have been open if they didn’t ask us,” said Subia. “They liked what we did, and they wanted us in.”

The Valparaiso Café is subsequently and happily nothing at all like Starbucks. Bold, high-contrast mural work combining street art with botanical drawings adorns the walls behind and around the retail and drink prep areas, the latter of which centers on a two-group Synesso paired with a Mazzer Kony for a straightforward espresso menu. Manual brew is performed using Clever Coffee Drippers, and the coffees, sourced with help from Atlas Coffee Importers, are currently roasted in a 10-kilo Ambex owned by another local company.

In about three months Subia said they expect to have their own Diedrich IR5 installed and running, the only barrier to which right now is the search for an appropriate location. At that point, wholesale will become more of a focus, while currently Subia has been working on a website for whole-bean retail online. In the meantime, Valparaiso has been getting great feedback for a little slice of Vargas’ Chilean heritage they incorporated into the menu: Cola de Mono. 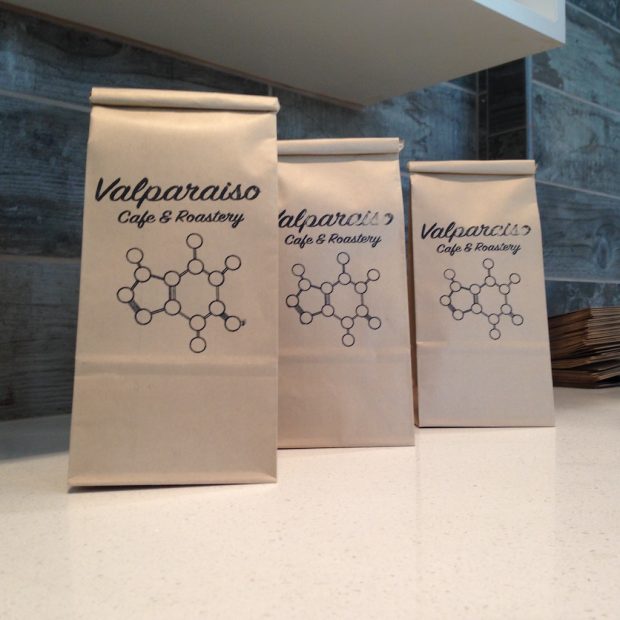 “It’s a traditional Chilean holiday drink,” said Subia of what’s become their signature drink, sans the traditional alcohol. “It’s our most popular drink. We can’t even press enough at the moment.”

The drink combines espresso and milk with cinnamon, cloves, nutmeg, vanilla and raw sugar, and is likely to remain a staple at all future Valparaiso Café locations, of which Subia hopes there will be many around Fresno.

“We’ve talked about it, and one of our goals is to take over this whole town, and have it be so that if people come here, everyone knows about Valparaiso Café,” said Subia.

The first Valparaiso is currently open on the ground floor of the Bitwise building from Monday through Friday, 7am-7pm.