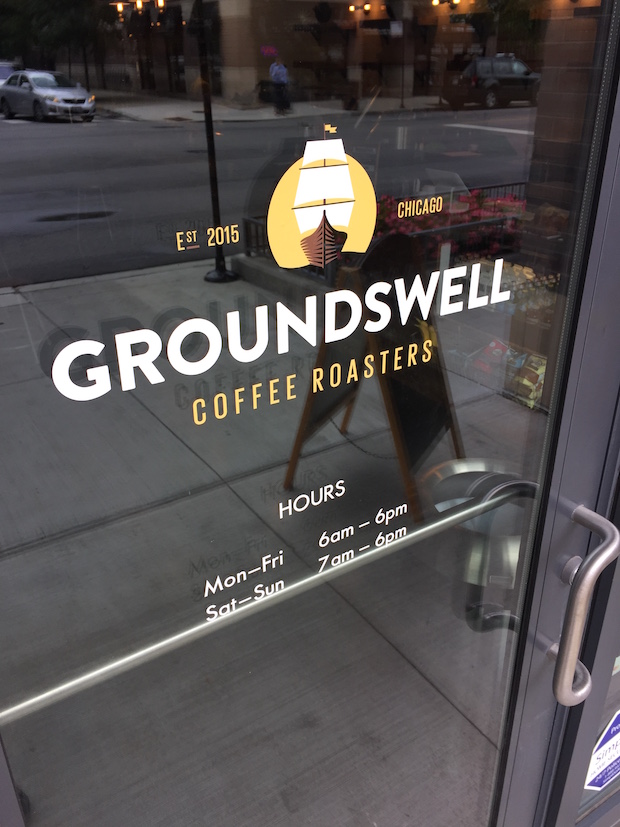 All images courtesy of Groundswell Coffee.

True to its name, Groundswell Coffee is gaining some serious momentum in Chicago. The small company, which opened its flagship roastery and café in the Ravenswood neighborhood last year, is expanding into a second retail location with a third on the way, while moving to an offsite roasting plant.

The new café opened earlier this week in the West Loop, on the ground floor of The Madison building at 1168 W. Madison St. A bit smaller than the original, the café can seat about 18 people in about 850 square feet. 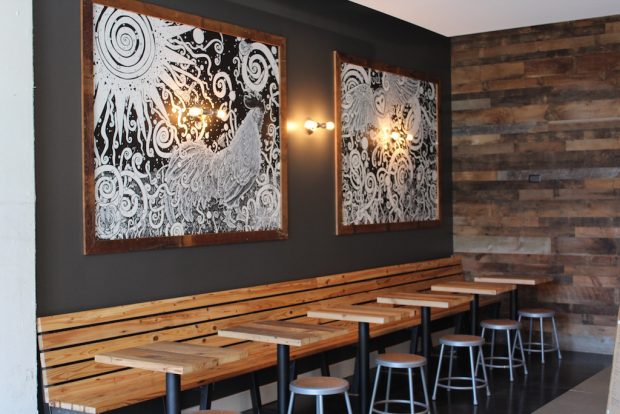 A La Marzocco Strada sits atop a bar decked out with reclaimed wood finishes, surrounded by another mural by local artist Brittany Bindrim, the same artist whose work swirls on the walls of the original café. Patrons are offered a traditional menu of espresso drinks, single-origin Chemex pour-over offerings, Curtis Batch brews and cold brew made one drip at a time by handmade Oji Kyoto-style slow-drip towers. The shop also offers a variety of whole-leaf teas, locally-baked pastries and house-made panini.

The company’s bright green Diedrich IR5 continues to turn out enough product for both locations and wholesale, with enough capacity to supply the upcoming third location as well. 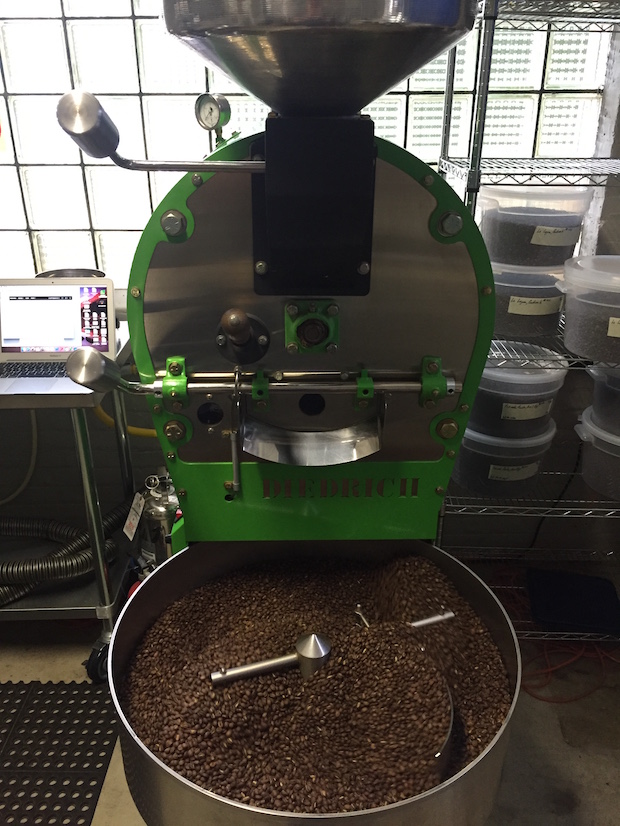 “The little 5-kilo Diedrich is the Roaster That Could,” Groundswell founder Jason Foster told Daily Coffee News of the production line, to which they’ve added a Cropster-integrated Huky sample roaster for profiling and sample-roasting. The 2,900-square-foot new roastery is roughly a mile from the new café, and offers plenty of room for current and future green storage, cuppings and wholesale growth.

“It’s definitely a lot more practical,” Foster said of the off-site production warehouse. “Having a roaster in a café is a nice whimsical idea, but unfortunately it’s not practical forever. It was cool to get us started but now we’ve moved on.” 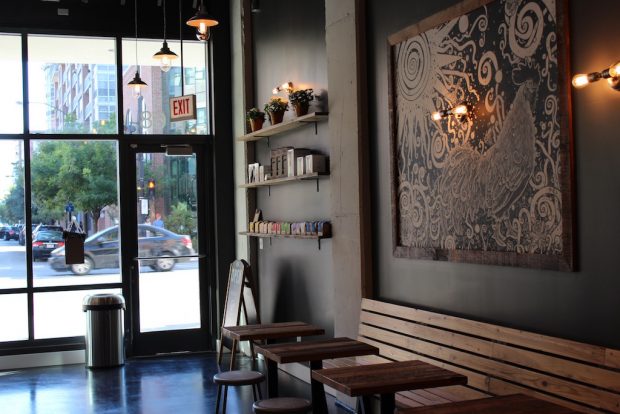 The company — not to be confused with the Minnesota coffee shop of the same name — continues to source the majority of its coffee through Café Imports, while some have also come through Crop to Cup Coffee Importers as well as a special small run of La’ali peaberry from Rayyan Mill, one of the intrepid importers that embarked upon an incredible journey to bring Yemeni coffees to the United States last year.

Foster is also particularly excited about the Oji slow-drip towers on display and in action at the newly opened shop. His pleasure in working with the passionate tower-makers at the Oji company and the arresting aesthetics of the devices have made them a focal point within the shop.

“It’s beautiful, handmade,” Foster said of the Oji towers. “There’s an eight-week lead time on these things and they really add a lot to the café. We have them on the counter behind glass.” 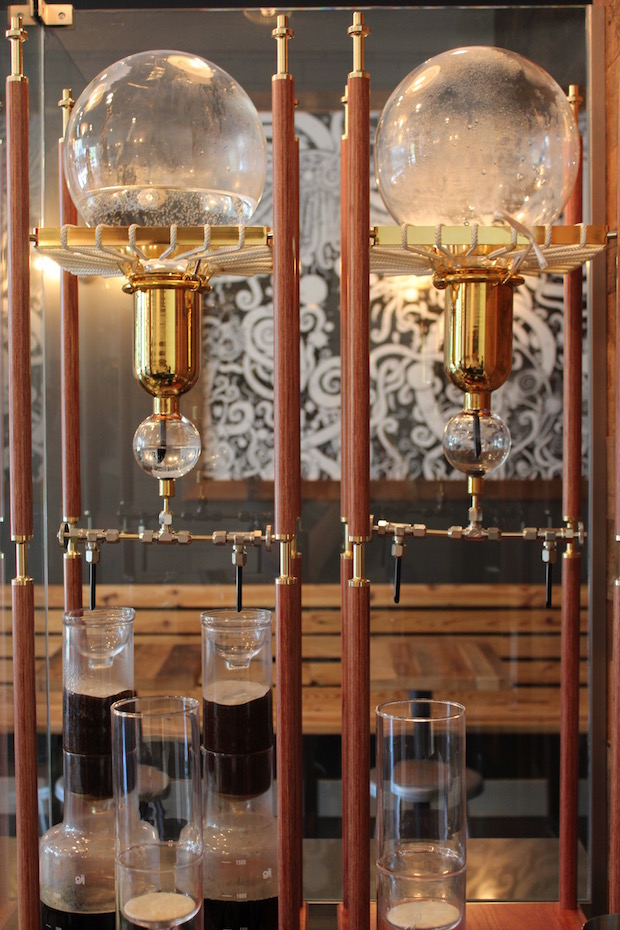 The third Groundswell coffee bar will be opening in the Lincoln Square neighborhood of Chicago later this fall.