Beyond Warsaw: Five Polish Coffee Destinations Worth the Trek 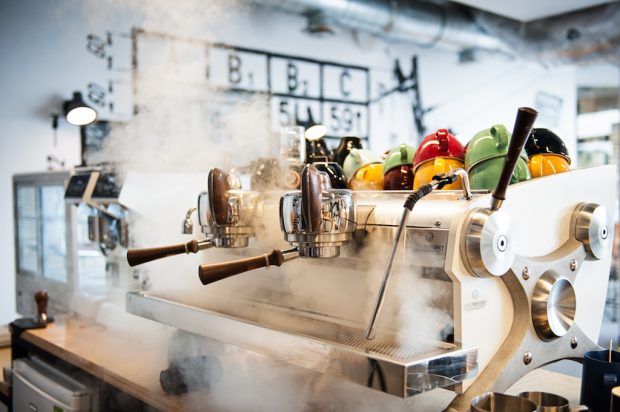 It’s no longer a secret that Poland can hold its own in quality coffee. The Eastern European nation was largely devoid of anything beyond flavorless instant stuff until a few innovators sparked a specialty renaissance in the early 2000s. Now, Poland is home to a bounty of independent coffee purveyors, and intrepid travelers are reaping the benefits alongside devoted locals.

The first wave of quality cafés and roasters naturally set up shop in Warsaw, Poland’s capital and largest city. Over time, the interest in “third wave” coffee steadily grew outward, eventually planting roots in smaller cities with burgeoning food scenes and taste-making communities of their own.

These days, you can find inspired coffee shops rubbing elbows with microbreweries and farm-to-table eateries throughout the country, in relatively new horizons for the gourmet landscape. Coffee-conscious explorers can also buy beans from truly local roasteries in just about any corner of the nation. Looking beyond Warsaw, here are some of the best, most progressive coffee shops and roasteries from throughout Poland: 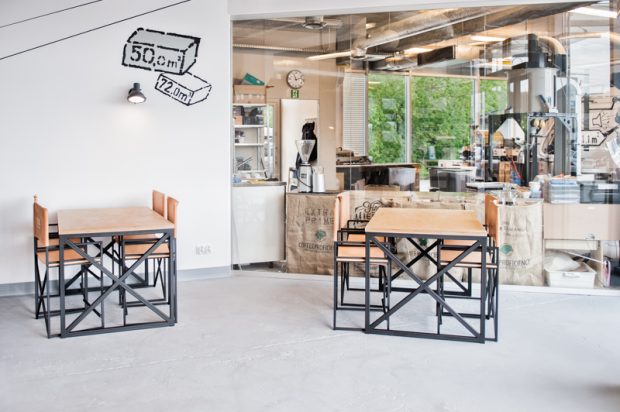 Established in 2014, Coffee Proficiency quickly established its reputation for superb roasts, supplying cafés like Wesola and Tektura in Krakow and many more throughout Eastern Europe. At the café, small-batch roasts for drip service are in constant rotation, with priority placed on crop freshness. The Adelante single origin roast from Guatemala, with its low acidity, caramel aroma and crystalized cherry sweetness is the brand’s standard for espresso. With Coffee Proficiency’s recent move to the suburbs came another exciting development: Their new, light-filled showroom doubles as the Polish Specialty Coffee Association of Europe (SCAE) office. Up next for this ambitious enterprise is another new retail shop slated to open in the heart of downtown Kraków later this year. 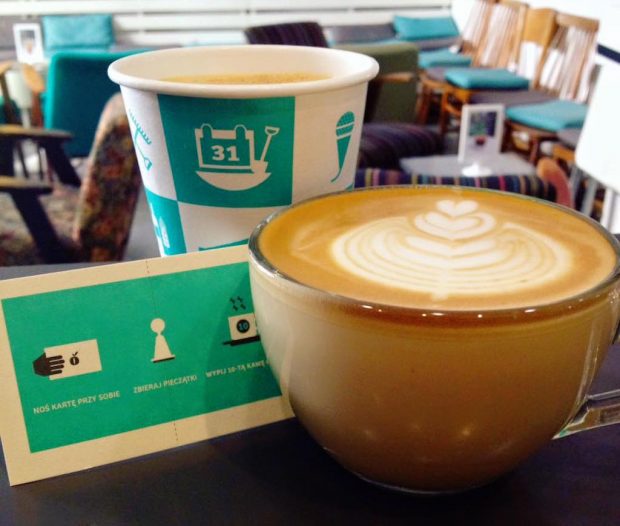 Łódź is the third largest city in Poland, but it now boasts a coffee scene rivaling those of Warsaw and Kraków. This growth can largely be traced to the owners of Owoce i Warzywa (which translates to “Fruit and Vegetables”), the city’s first third-wave café. Since opening in 2010, Anna Marczyk and her team have made an effort to encourage a sense of community centered around coffee. They host a regular series of lectures called Coffee Squared as well as cuppings and other more barista-centric gatherings. Further demonstrating their appreciation of community, Owoce i Warzywa also uses locally roasted beans: Czarny Deszcz and Kofi Brand are favorites. 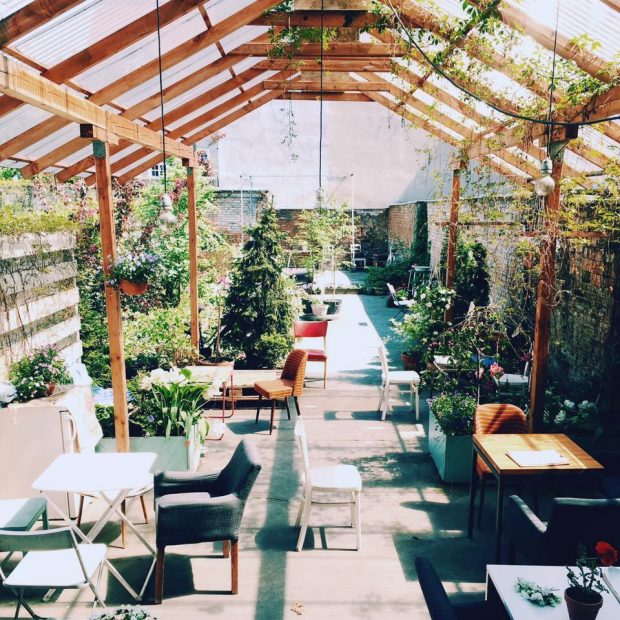 Piece of Cake’s aesthetic is as sweet as its name implies. The lush open air patio and subtle floral motif are appropriate for a café based in beautiful Poznań, a crown jewel of Central Poland. Whether serving up a Chemex pourover or an espresso from the shop’s La Marzocco Linea 3AV, founder and head barista Jakub Markowiak is passionate about using single-origin beans from a number of prominent European roasters. According to Markowiak, single-origin offerings are crucial to educating consumers about the connection between origin and flavor, helping to develop an understanding of how coffee can tell the story of its homeland. Piece of Cake is currently sourcing its beans from Koppi, though Markowiak frequently changes it up. in the past, he has also partnered with European roasteries like Drop Coffee, The Barn, and Five Elephant. 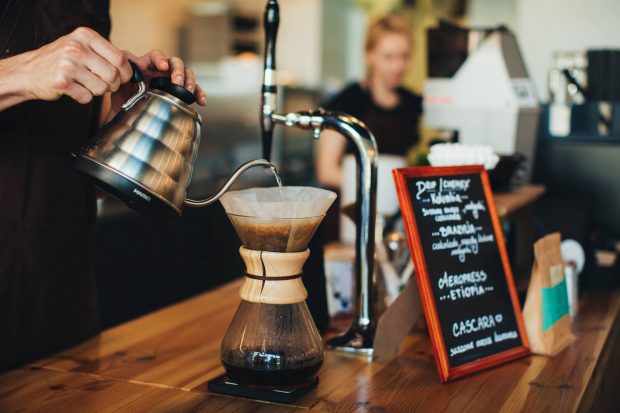 Ask a local where to grab coffee in Wrocław, and they will almost certainly point you toward Gniazdo, a café that blends perfectly into the lively university town it calls home. The shop’s intentional balance of minimalism and warmth mirrors its attitude toward coffee: serious yet with zero pretentiousness. Sticklers for precision, Gniazdo has three different grinders in their arsenal: the Eureka Olympus 75E and a Fiorenzato evo64, plus a Mahlkonig Keniafor drip selections. With its in-the-know clientele consisting of students and world travelers, Gniazdo stays on top of global specialty trends, like this summer crafting and bottling their own cascara tea. 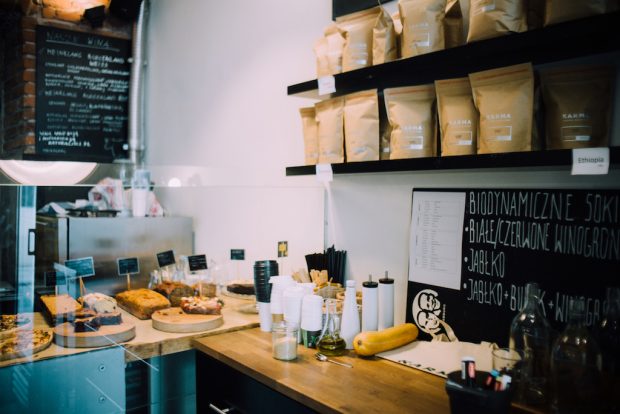 Founded by two former high school teachers with no prior experience in coffee, Karma Roasters quickly became a beloved leader in the Polish coffee community after its debut in 2010. Their tiny café boasts a number of brewing methods — Aeropress, V60, and Kalita Wave are shop favorites. Three years ago, their boutique roastery opened for business and now their Loring Merlin 15-kilo-capacity roaster churns out half a ton of beans per month, supplying cafés throughout the city. Karma sources its greens from Nordic Approach and Trabocca, but eventually owner Bartek Kozina plans to partner directly with farms in Africa, especially Ethiopia. For now, Kozina is focusing on increasing production and fostering the ever-growing community of coffee lovers in Kraków and beyond.

They look like such interesting establishments! It’s always great if any unique techniques are used when visiting “off the grid” coffee spots.