Hundreds of US Coffee Shops Join Fundraising Effort for ACLU 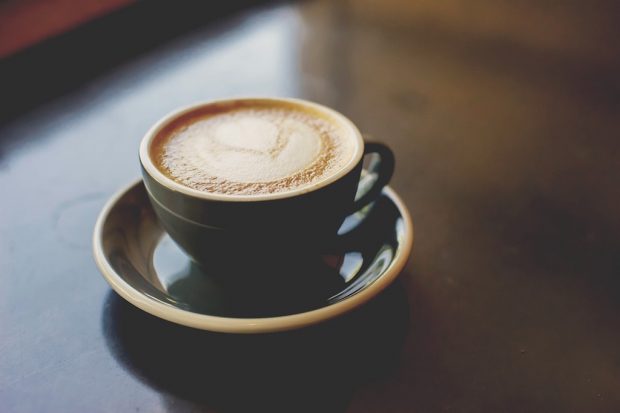 In a remarkable display of solidarity throughout the specialty coffee industry, hundreds of U.S. cafés from coast to coast have joined a fundraising effort this weekend benefiting the American Civil Liberties Union.

The fundraising campaign has been organized by the coffee news site Sprudge, which announced earlier this week that it was motivated by the controversial executive order issued by U.S. President Donald Trump banning all Syrian refugees from entering the U.S. indefinitely, all other refugees for a period of 120 days, and nationals from seven other predominantly Muslim countries from entering the country for at least 90 days. The ACLU promptly sued for the release of people questionably detained and to prevent deportations from being carried out, and multiple federal judges have since temporarily blocked portions of the executive order.

Sprudge announced its intention to match the first $500 raised by 26 coffee-retailing partner companies in the fundraiser launch. Since then, scores of coffee companies have joined the effort. Sprudge cofounder Jordan Michelman told Daily Coffee News earlier today that the list of companies joining the effort has grown to 198, representing 401 participating cafés.

“Americans of all stripes, all political backgrounds and beliefs, are deeply troubled and shocked by the refugee and immigration orders. This is not a coastal elite issue, or a hardcore liberal issue — it is not a Democrat or Republican issue, nor really even a political issue. This is a human issue, and one on which there can be no equivocation,” Sprudge’s Michelman wrote in the announcement. “America is a nation of immigrants and refugees, and whether your family came a year ago or 150 years ago, we are equal. All immigrants and refugees are welcome here no matter their spiritual beliefs, their country of origin, or color of their skin.”

In a written response to Daily Coffee News, Sprudge cofounder Zachary Carlsen wrote, “From time to time we feel it’s important to speak out. This is one of those times. It’s more of a concern for us if we don’t speak out and remain silent on this issue.”

Each of the companies participating in the campaign is raising money on its own terms, and Sprudge is also encouraging matching donations from individuals and organizations from other parts of the coffee industry, as well as from groups not associated with coffee.

“We didn’t want to come in and dictate fundraising parameters to business owners,” Michelman told Daily Coffee News. “Some are donating a portion of drink sales, some are donating a flat amount per cafe, or putting out an extra tip jar, or matching their employee tips over the weekend.”

Sixteen countries including six of the seven President Trump has listed, do not accept Israeli passports because the holders are Jews. So were are the demonstrations? The solidarity? Are you not imposting or exporting with them in protest?

I think you should stick to the coffee and out of politics since. You will lose as much as you hope to gain. Try running your business as a professional business. I have already pulled my business from local roasters for such behavior.

All immigrants and refugees are welcome here no matter their spiritual beliefs, their country of origin, or color of their skin.”

and NOTHING in the order from the president is based in the slightest on any of these criteria. READ the directive. It is TEMPORARY. It includes ALL wishing to enter the US from those nations… UNTIL we can put safeguards into place to assure pnly genuine cases of need are accepted, and any who would be dangerous to our security be excluded. I recenlty came across a list of more than seventy “actions”, various serious crimes perpetrated upon Americans INSIDE America, all of them since airplanes were turned into missiles back in /01, and ALL perpetrated by individuals born in those seven nations. Some might recall the very recent incident where a Somali refugee pulled a fire alarm, evacuating a college building, then got in his car, rammed a number of student gathered on an area next the building, and after seriously hurting some, jumped out with a pair lf large knives and began slicing people in an attempt to kill them, Since he was shot by a passerby and died, he was not arreated…. and thus did not qualify to be counted as “someone arrested” by that “judge” in Seattle… who was dead wrong, there are quite a number of arrests, convictions, and deaths at the scene to perpetrators of jihadi mayhem from those seven countries. It just happened that the counsel for DoJ did not happen to recall any such statistics as the judge hammered on her.. HE was wrong to base his order on the lack of evidence presented on short notice. Further, he in no way has the authority to stay an action, fully compliant with the law, by a sitting president. HE is not president. Someone else is. His false claims that we citizens of Washington State “might be could be maybe could someday feel we might have been harmed” is facetious and has no basis in legal precedent. The citizens of Washington to not have standing as a group (nor as individuals) for non-resident individuals blocked from entry to the US. Remember, no non-resident has any RIGHT to enter any country. It is a priviledge and US law, enacted by the fuill Congress in 1952 puts that discretion in the sole purview of the sitting President, whoever he might be at the time,
Obama issued almost identical travel restrictions, and extended the restrictions to any who had travelled through any of that same list of 7 nations. cancelling previously giving issued visas and demanding extra scrutiny prior to travel being granted to the US. that was in 2012. WHERE was the outrage and ACLU action then? Trump simply used the same list Obama created.

Two federal judges did opine on the matter, the same day as it happens. One, after a day’s hearings and deliberation refused to stay the order, and explained in great detail how the order itself is fullly constitutioinal, and agreeable with Federal law, particularly a law enacted by Congress in 1952 granting full power exclusively to the PRESIDENT The other was the judge in Seattle, whose basis for the order are incredibly flimsy. He made NO finding based on the legality or constituionality of any law, acted exclusively on HIS opinion and preference.

Remember, too, refugees and plenty of other people from OTHER nations “over there” are not banned…. nor restricted. Why” Their countries of origin have practical means in place to run history checks on anyone seeking to travel to the US. The seven named nations do not. If you want the US to look a whole lot like Europe in the next five years, go ahead and let anyone in, no exceptions, no checks.. READ some of the European news sources about how life in the major nations has been transformed for the worse by the millions of refugees taking over, controlling with violence, ignoring laws, raping, robbing, beating, stealing, mobbing, burning…. is THAT what you want HERE? If so, why not go there where that conduct is already well established. Many here do not want our cities to turn into the like of places in Germany, France, England, Sweden….. most of those masses simply came, no prior permission, no inspection, no background information…

Further, those nations in that part of the world which are chiefly moslem also have large numbers of other sorts of religious, ethnic, cultural, language, etc…. and all “flavours” of folks are admitted…. there IS no prejudice toward any group. In other words, to argue that the ban is based on “religion” (specifically, moslem) is a farce… ALL are temporarily blocked from those nations, and all are freely considered from the non-blocked nations. It might be amusing for some ranting on the anti-moslem meme to ponder why some 98% of those admitted into the US are moslems, and the 40% christian, who ARE under serious persecution in those same nations from whcih we are accepting immigrants, are almost all being denied entry as refugees and assylees. Interesting anomaly, that… Kurds, Yazidis, Copts, Marionites Syrochaldeans, are almost all refused.. yet to remain behind in their native countries is to leave them to almost certain death. Where are the ACLU on THAT score?

To date I’ve not beena able to learn anytning about WHY ACLU are involved, whom and how they are purportedly helping, and on what basis. Rememer, NO ONE has a RIGHT to enter any nation other than that of their citizenship. ACLU have no basis for any legal action on the basis that someone was “refused entry” to the US. Wonder what this money will REALLY be used for? And for whose benefit? Curious, that’s all.

How about collecting the funds and holding them for when the ban is lifted (another ten weeks, one quarter of college) and use that to help “jumpstart” refugee families… help them with cultiral acclimaton, language, good, lodging, perhaps employment, transportation etc/ How would it be if a given shopn were to take up a family ahd help financially “launch” them on their new life in their new land?

Few have a basic issue with immigration per se. Myself, I have ancestors from England who were here fifteen years before the Mayflower landed..several more came aboard her, and plenty more in the two centuries after. We all came here, made our way, found our path in this new land, and helped make America what it is today. We fed strangers newly arrived, employed them, taught them skills, did the same during the Great Depression when millions wandered about seeking how to live. The people from these nations are no different…. except that experience has PROVEN that far too many of them come here to destroy and take and harm. Let us use our heads and work to make sure the ones who DO come come for honourable reasons, and not to be coddled for three generations, becoming professional takers rather than professional makers.