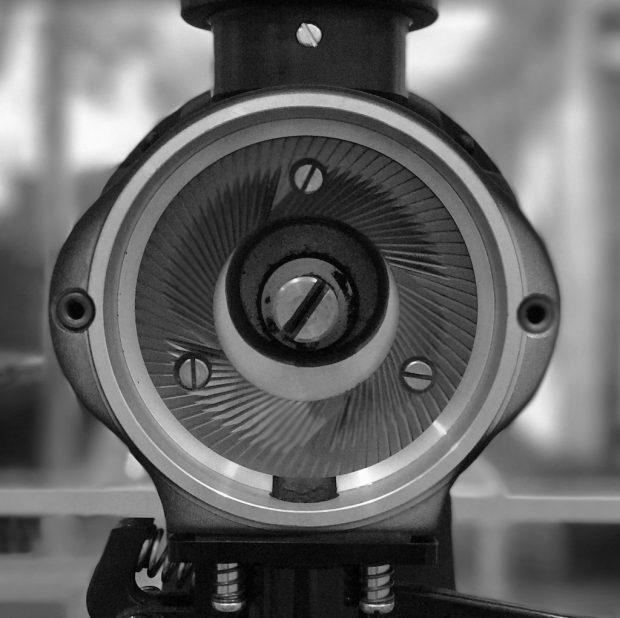 Mahlkonig EK43 and Nuova Simonelli Mythos grinders are already popular tools in quality-focused coffee environments for their performance and consistency. Yet, as with all things specialty coffee, someone somewhere is always going to find room for potential improvement.

With a new business called Gorilla Gear, Auckland, N.Z.-based coffee luminary John Gordon is making headway in the quest for the best imaginable grind with a line of his own custom burrs for these two machines.

Gorilla Gear’s G4 Black burr plates for both Mythos and EK43 machines are pre-seasoned prior to receiving a hardening treatment, and are given a special coating to both extend their longevity and reduce surface friction. Another contributing factor to surface friction reduction is that they’re machined out of solid steel, as opposed to the cast steel of the stock burrs. The EK43 G4 burrs further depart from stock form by way of four pre-breaking teeth on each plate, as opposed to the two per stock burr plate.

“I’ve been slowly trying to understand the intricacies of grinding coffee for about four or so years now, as I felt as an industry we were focusing so heavily on espresso machines and brewing devices,” Gordon, a three-time UK Barista Champion, told Daily Coffee News.

When not obsessing over burr geometry, materials and manufacturing, Gordon is in charge of sales, wholesale and training for Flight Coffee, and remains an active member of the Sanremo World Academy Team — a sort of Avengers of Coffee, assembled by the equipment manufacturer for their collective expertise and input on new designs.

Gordon said he presented to the company a grinder design development idea a couple years ago. “Since then we have slowly been taking amazing steps to develop a grinder that will push some serious boundaries,” said Gordon, noting that one lesson he’s picked up along the course of that research is how the performance of the burrs really make or break the excellence of the machine overall.

“After many discussions with a manufacturer, and many, many theories put to practical testing, the understanding of how to make coffee beans really small, really well, started to get easier,” said Gordon, whose team at Gorilla Gear is working on the public release of a large set of product performance data for the sake of transparency. Gordon said tests have so far shown that in both machines, the G4 Black burrs improve not only particle distribution and consistency, but also reduce operating temperature, as well as static.

Gordon contends that static, heat, and uneven particle size and distribution are all inhibitors of an ideal extraction, and that better performing burrs that remain sharp while processing coffee quickly yields dividends in the cup. “The less stress we put coffee under, the better it tastes,” said Gordon. “You only have to look at the effect a dull set of burrs has on coffee and the grinder itself to understand the impact burrs have.”

Gorilla Gear’s burrs for the Mythos — decidedly an espresso grinder — and the often multipurpose EK43 are designed with similar improvement goals and will reportedly provide a similar particle distribution, but will not be identical, given their differences in size.

“The goal with the GG EK burrs was to produce something that can be easily used for any brewing method without sacrificing any quality in grind,” said Gordon. “The tricky part has always been once you dial in finer for espresso, naturally more fines are produced, so by improving this through the burr design, pre-seasoning, hardening and coating, it automatically improves as we move up the scale for other brewing methods.”

Product release dates will vary slightly by region, though the general projection is for burrs to be available worldwide by mid-April. Preorders from Australia, South Korea and New Zealand are currently being accepted. Distributorships in the United States, Europe and potentially South Africa will be announced via social media as they are secured. Exact pricing is TBD pending the specifics of distribution deals, but will be “extremely close” to the price of stock burrs, according to Gordon. A website for the company will launch next week.