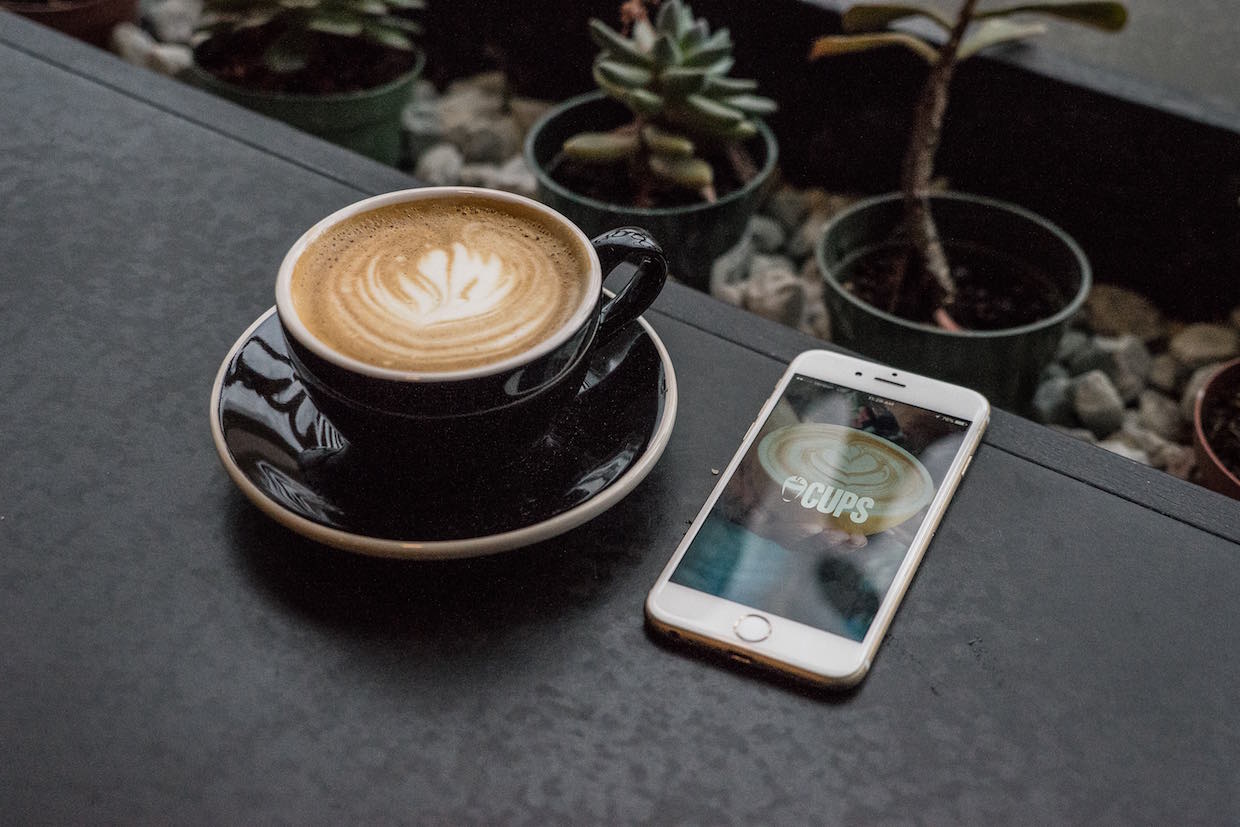 The Cups app, which rolled out to 30 cafes in New York City in 2014 after launching in Tel Aviv and Jerusalem, has evolved over the past three years to become more than just an all-you-can-drink “disloyalty” program that drives consumers to participating cafes. Having grown to include over 350 cafes from coast to coast in its network, Cups has now rolled out several new industry-oriented services intended to level the playing field between independent cafes and nationwide chains.

Moving beyond the basics of drink pricing and public exposure, the newer services provide cafes with the ability to use their combined might to make group supply purchases, access pooled labor resources to help each other cover vacant barista shifts, and access a streamlined suite of digital marketing tools and services.

The company has been adding these features and ironing out kinks to the new system, called the Cups Network, for the past six months in a New York-only beta mode. Last week it announced an official nationwide rollout of the Cups Network.

“Now that we’ve spent some time building everything, identifying potential problems, and creating efficient systems, we’re ready to roll it out on a larger scale and start building up the same services in other markets around the country,” Co-Founder and COO Gilad Rotem told Daily Coffee News. 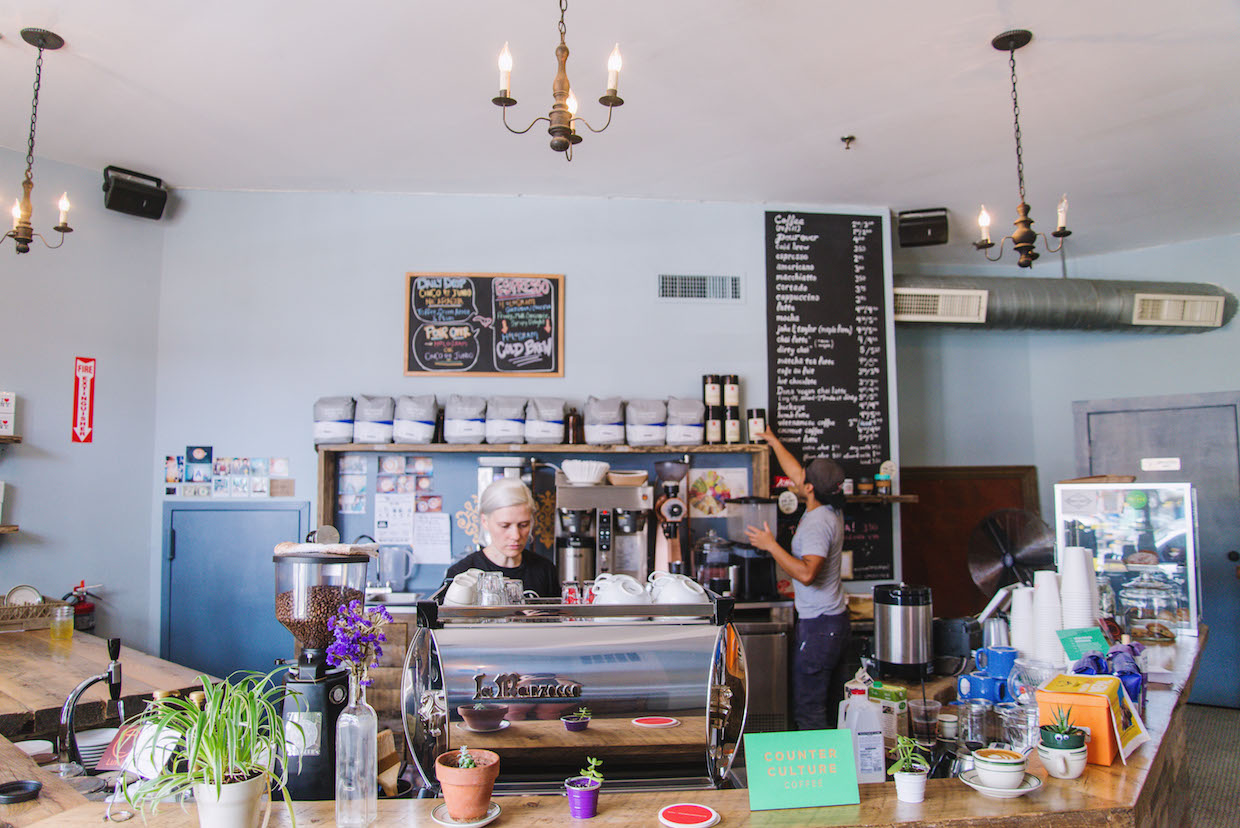 The original system provided consumers not only with savings on specialty coffee drink prices in cafes but also the convenience of “loyalty” benefits at a variety of cafes, making it potentially just as convenient while also more interesting than traditional single-café or single-chain loyalty systems. The benefits for cafes at that point were simply more customers in the door and more brand awareness generally, while hopefully balancing the difference in revenue by selling other items alongside app-subscribers’ discounted drinks.

The goal was to provide consumers with what looked and felt like a network of cafes that competed in price and convenience with cheaper, more ubiquitous coffee chains, with the presumed benefit of higher-quality coffee while supporting locally owned businesses. For its part, Cups collected a “nominal” monthly fee from participating cafes. With the Cups Network, participating cafes actually gain some of the capabilities that big chains have, such as group purchasing power for paper goods and other supplies, a wider pool of workers to draw upon to keep shifts covered, and what amounts to their own digital PR department.

The Cups Supply Store, available now in New York and, according to the company, soon to reach additional markets, provides a single spot online for bulk supply purchase as group-negotiated rates.

“A paper goods or milk supplier is going to offer better prices to a group of almost 400 coffee shops than a single one,” Rotem said of the system. “By negotiating on their behalf, we can give our partners access to those better deals, helping their bottom line”

For the Cover That Shift service that debuted in New York in July of last year, Cups acts almost like a temp agency for voluntarily enlisted baristas. 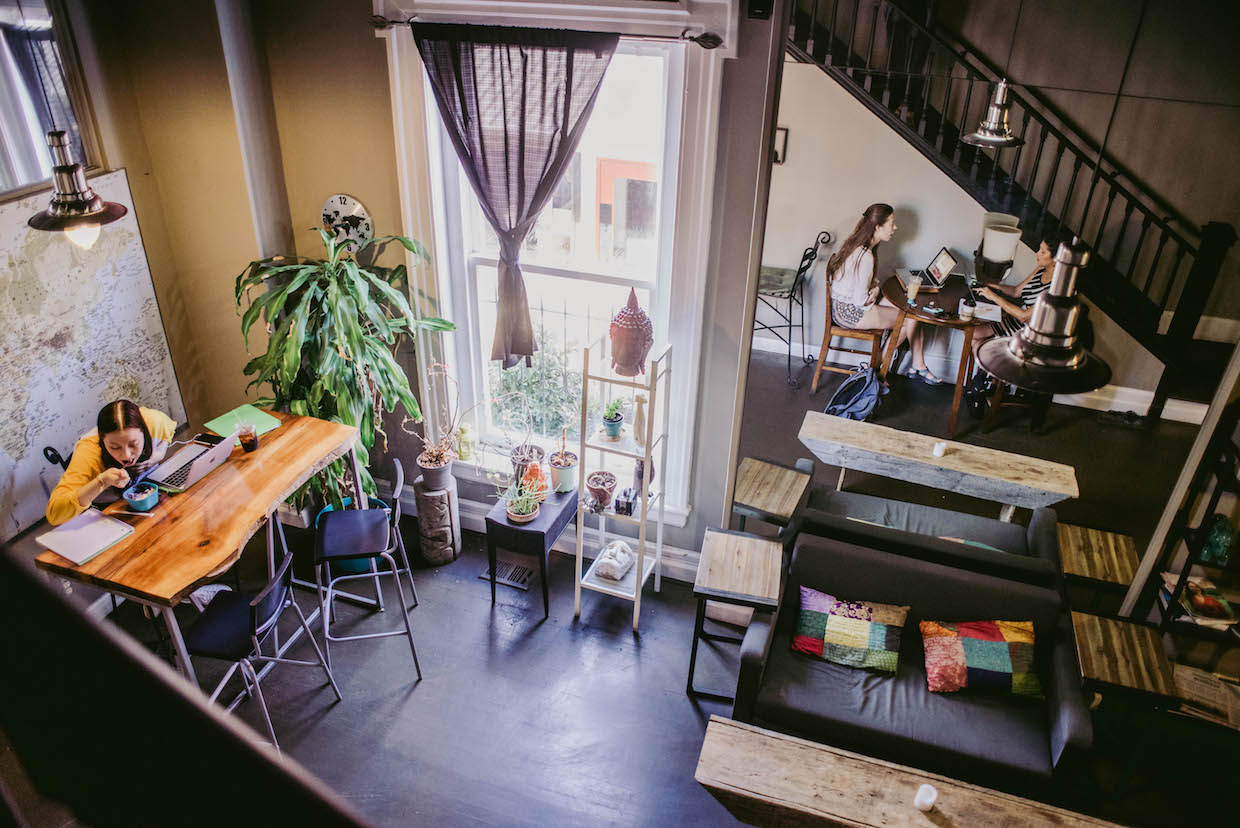 “We have a pool of really great baristas that are interested in picking up extra shifts at different shops, and reach out to them whenever one of our partners places an order,” said Rotem, describing it as a “win-win” proposition. “The shops can get extra help in a bind, and find people they might want to hire down the line, and the baristas get some extra income while also getting to do some networking and learn how other shops operate.”

Cups’s new marketing services provides custom Snapchat filters, social media management, professional photography services and access to targeted Cups subscribers for sending cafe-specific in-app messages and content. The suite of offerings has its own nationwide team of in-house workers and the occasional freelancer handling such day-to-day operations as keeping the app running, recruitment, and ongoing app and web development. These services first went live at the end of 2016. Each new product and service of the Cups Network is provided for an individual fee.

“The ultimate goal is to create a business environment in which a prospective coffee shop owner can get all of the business advantages of being a Starbucks franchise, without having to actually be a part of Starbucks,” said Rotem. “We think independent businesses are among the most important components of our society, and love being able to help them succeed every day. In today’s interconnected world, the idea of a ‘virtual chain’ is a great way to level the playing field, in any industry.”