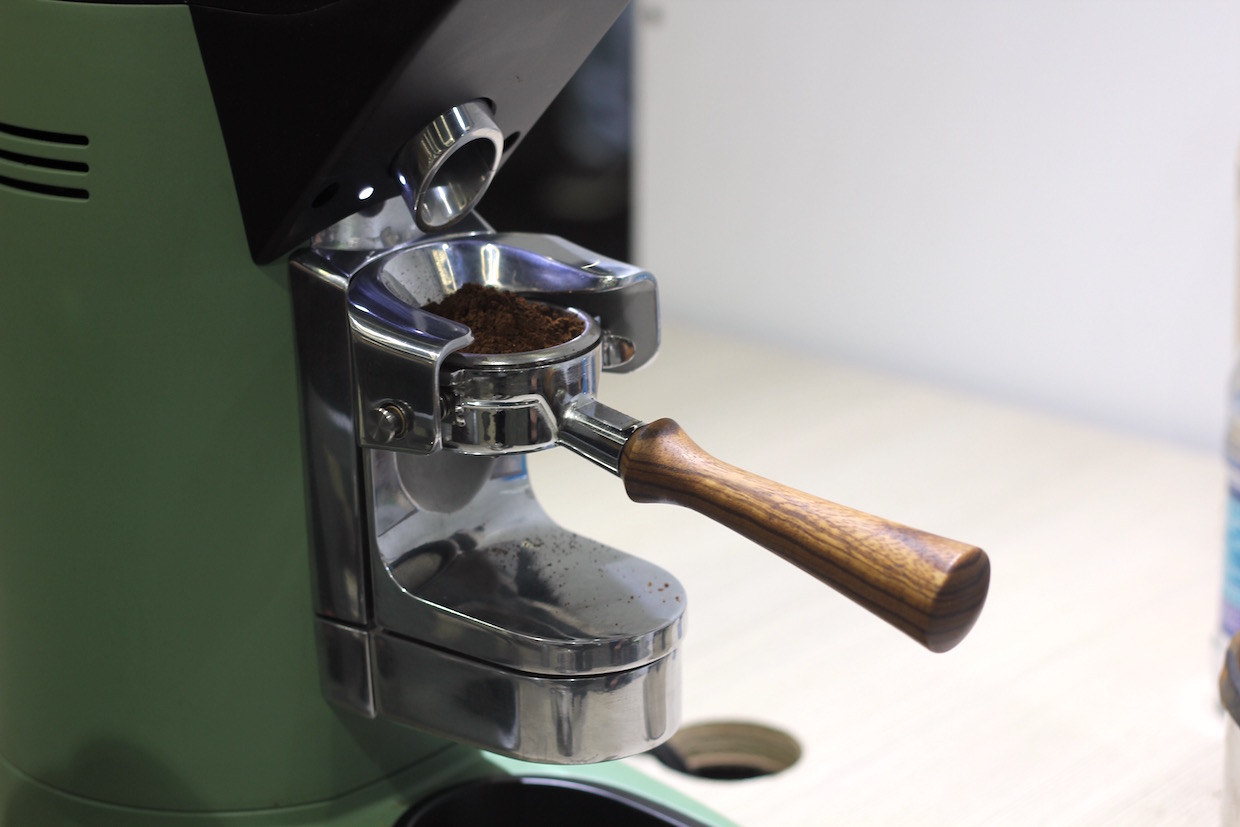 Amid the flurry of new products on the showroom floor at the SCA Expo in Seattle last week, some colorful items on display in the brightly lit booth for the Compak Coffee Grinding Company contributed to the excitement. The company introduced its PK line of grinders, reflecting about two years of R&D and featuring Compak’s first built-in grind-by-weight tech. 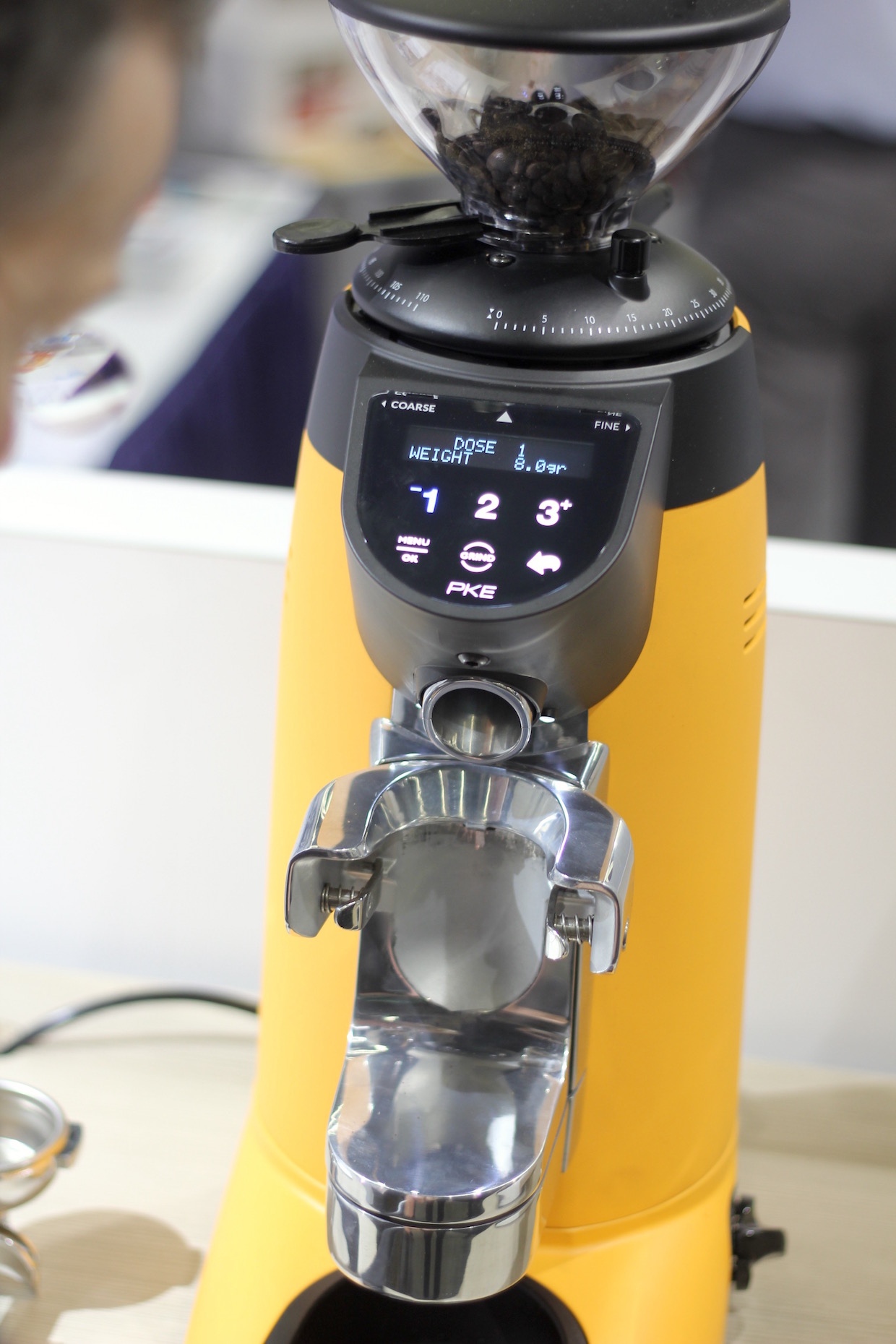 The cells convert the downward force of a portafilter into an electrical signal in the manner of a hanging scale, and then compute with the data from there.  By placing the portafilter into the holder, Compak’s onboard system automatically tares its weight and dispenses the user-designated dose, accurately to within a few tenths of a gram, according to the company.

“Grind-by-weight is something that folks are already doing, but they’re doing it in a slower, clumsier fashion,” Compak America Managing Director Josh Fields told Daily Coffee News of the practice of weighing portafilters separately while preparing shots of espresso. “They’re using up more counter space, wasting more time, whereas their goal is to be able to precisely grind a certain specific weight. This enables them to do it in one step.” 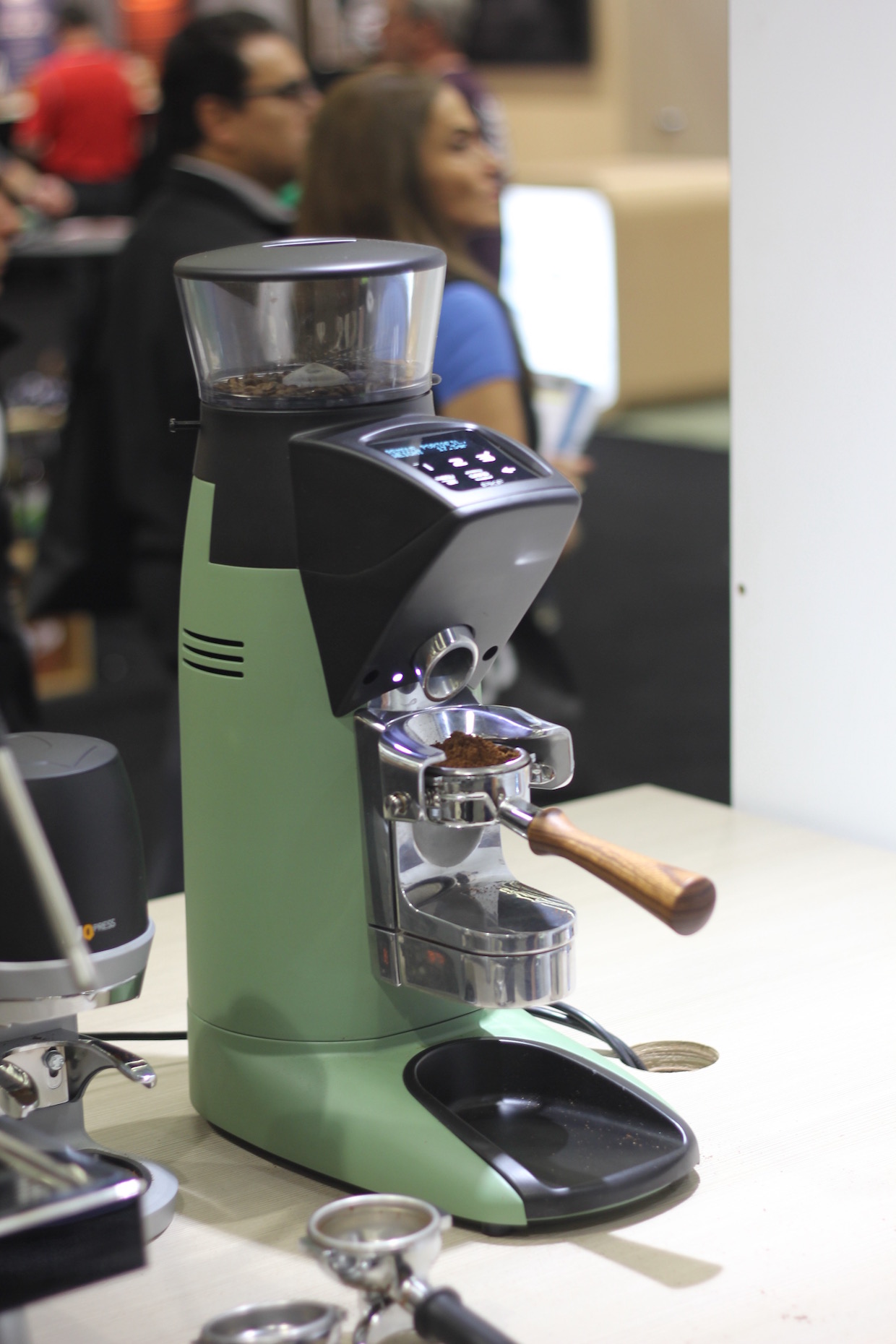 The PKF and PKE are differentiated chiefly by their adjustment mechanisms and precision. The PKE has an adjustment collar around the top beneath the hopper, which turns the stationary upper burr directly. The PKF features a knob on the side, geared for greater precision and to display its adjustment in a numerical value on the grinder’s screen, which users can store in order to manually return to that exact setting later.

While the built-in scales provide convenience and accuracy, a very low RPM burr speed keeps temperatures down to preserve delicate flavor compounds and promote higher precision in the desired particle size distribution. All three machine motors are set to turn the burrs at 350 RPM — dramatically slower than more common speeds of around 1,200 RPMs — without any sacrifice in output speed. 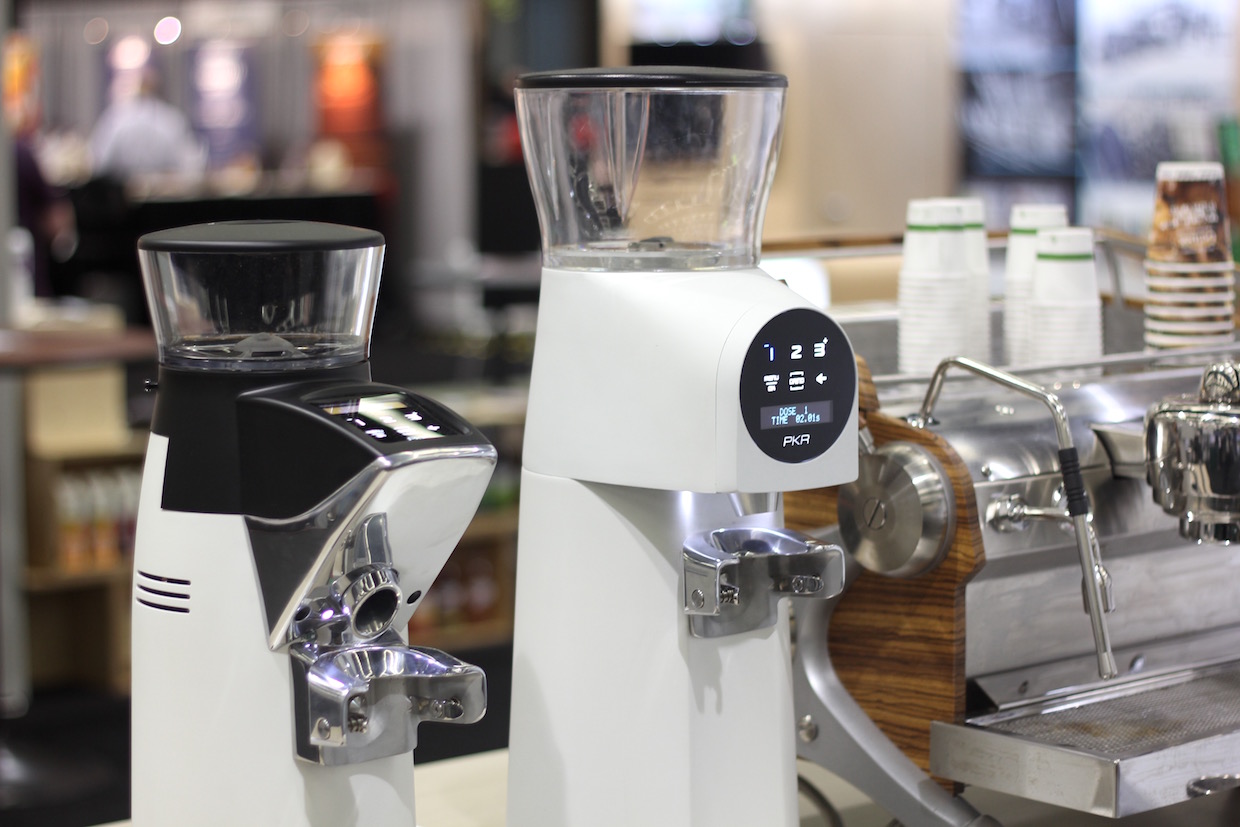 “The way we’ve designed the burrs, they have a deeper cut and different cut pattern, which allows for higher production,” Fields said of the 83-millimeter burrs, which grind a 20-gram dose in roughly 7 seconds, or 6 seconds for the 100-millimeter burrs.

Fields characterized the PK Line’s appearance at the Expo last week as more of a preview than a launch, as the 110-volt side of the line is not yet ready to ship. Fields said that in European 220-volt markets the grinders are just starting to ship, and the U.S. launch date is slated for September of this year.