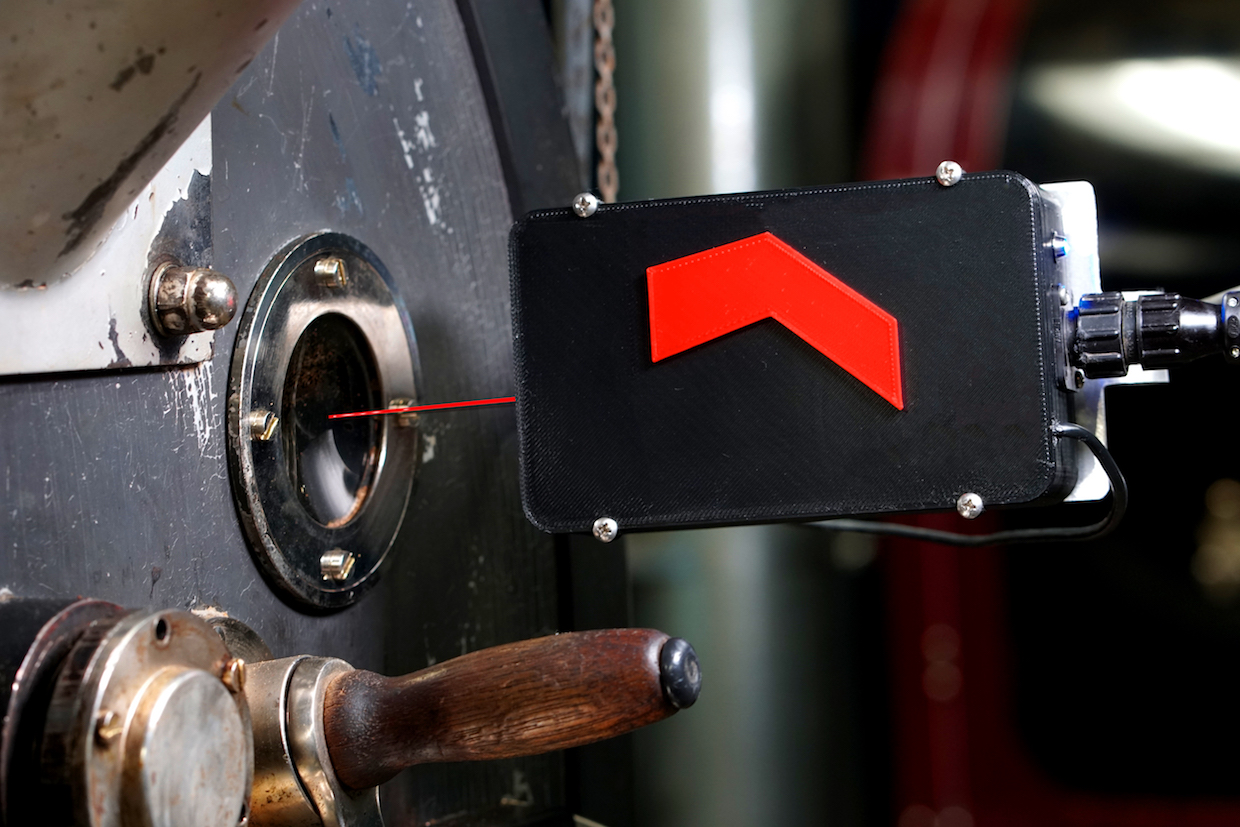 Roast color analysis technology company ColorTrack has launched a new hardware-based service that applies its near-infrared laser-based color analytics to an earlier point in the roasting process, extending its use from post-roast QA or QC settings back to an even more critical point impacting loss mitigation: The roast itself.

ColorTrack Realtime aims a lasers straight into the heart of production — inside the drum, measuring changes in bean color in real time as they roast. After one year of studying results from beta units in use in the field, the device and its associated service was formally launched at the SCA Expo in Seattle in April.

The new system applies the same technology found in ColorTrack bench units yet generates the beam from a much smaller device that can be mounted or otherwise positioned to direct its laser through a roasting machine’s sightglass to monitor changes in the tumbling bean mass. Data perceived by the unit is sent via wired USB or a wireless connection to a computer or tablet.

Realtime software integrates with Cropster or can stand alone on an iPad or iPhone to record the data and display it in real time, graphically and numerically. “It tells them the exact blanch point,” ColorTrack President Matthew Weisberg told Daily Coffee News. “That’s a very important thing, that’s when things start happening. Not much happens for the first couple of minutes of a roast; once it hits blanch point is when it starts cooking, and we can tell them that in the graph.” 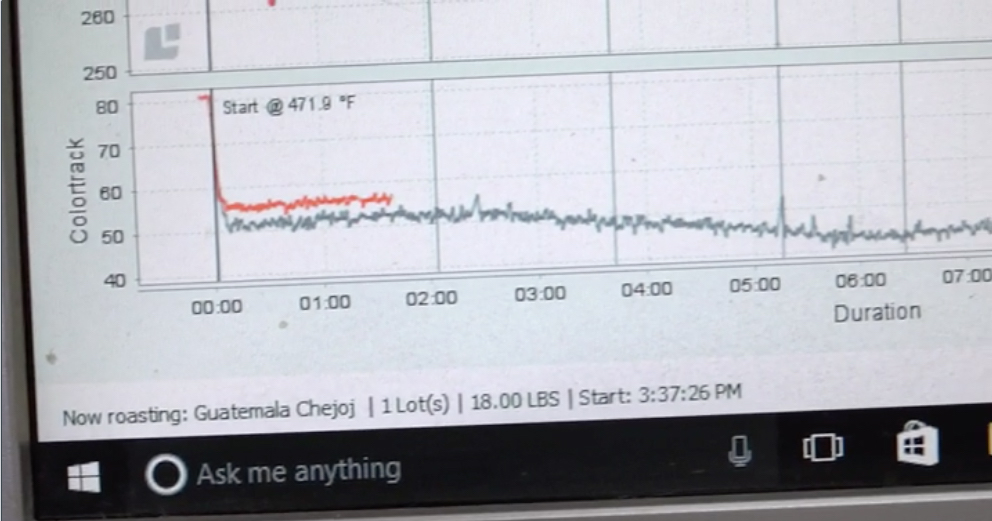 Weisberg explained that after green coffee at first lightens in color in the roaster, reaches a certain peak lightness and then turns towards its first shade of darkness, it does so in an increment imperceptible to the human eye.

“The human eye can’t tell the difference between a 36 and a 34. They don’t know if it’s gotten there yet. There’s no way to tell, there’s no way to do it otherwise,” said Weisberg. “It’s entirely visual, and I guess a good roaster can get close, but we’ll give them the exact number. As soon as it starts rising from that, say, 32, and it goes to 33, we know it’s time to check the gas, time to check the air, let’s see if we’re on target.”

This is critical because even when a profile has proven reliable before and all other settings and readings are unfolding according to plan, some things can’t be controlled, and their effects may not be noticeable until it’s too late, contends Weisberg.

“The roaster can’t control ambient conditions like humidity and temperature, and those will throw a profile off,” said Weisberg. “Say you’re using Cropster, your log information can look perfect, but if you’re just going time and temperature and you cut that roast off and it just happens to be short, you’ll end up with a 60 when you wanted a 65, and that’s not going to cup right.”

Weisberg said that with the information provided by ColorTrack Realtime, a roaster can know the exact moment when vigilance becomes more critical in terms of gas, airflow and other controls to keep a profile exactly on track and to end it on time. This prevents more roasts from going awry, mitigating the occasional costly waste of materials and time. While the new equipment is too expensive to sell outright, the laser-emitting hardware can be obtained for a $1,500 deposit after which a ColorTrack Realtime service agreement is priced at a penny per pound of coffee roasted, with a minimum charge of $99 per month. 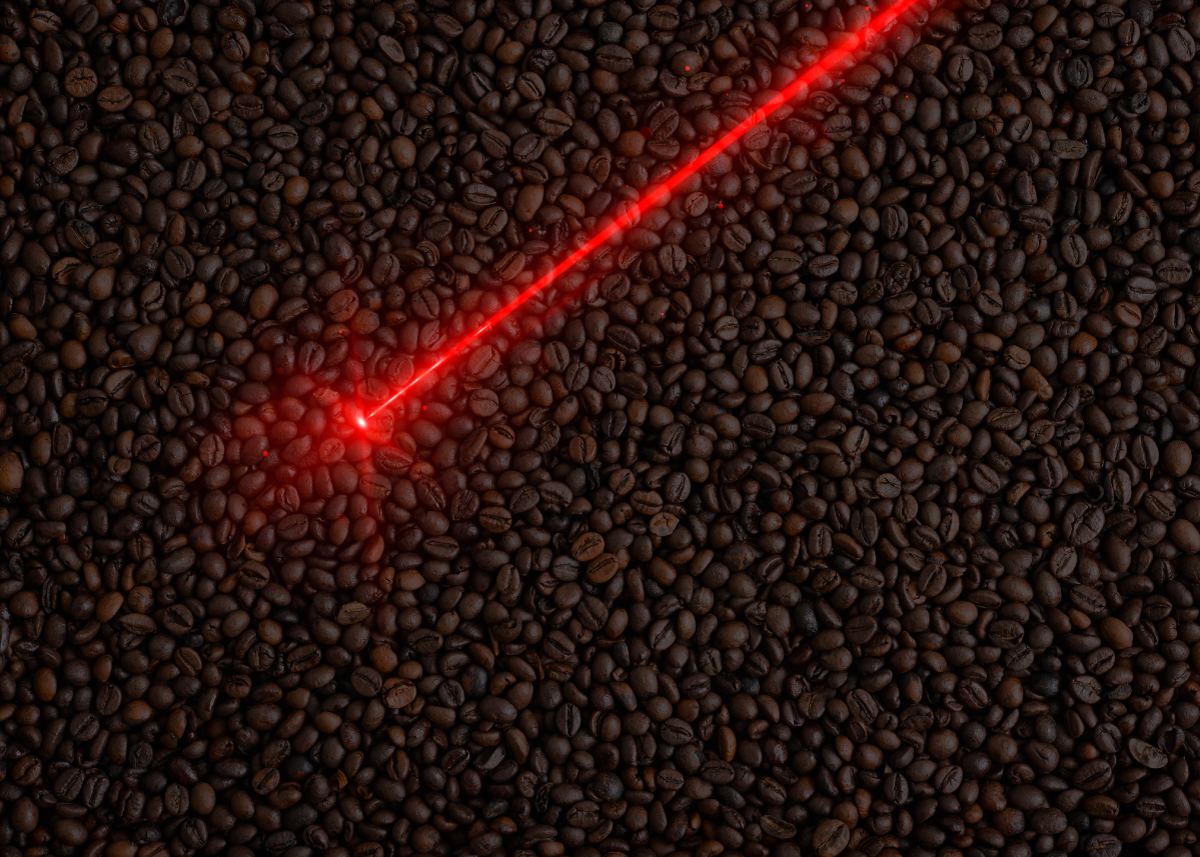 “If you lose one roast from over roasting or under roasting and it goes to the food bank or the garbage and it gets re-worked, that’s a lot more than a hundred dollars, I guarantee that,” said Weisberg, noting that the cost justification is by way of loss mitigation. The company is also waiving the deposit for users of ColorTrack bench units.

Weisberg recommends that roasters use both a Realtime and a bench unit for their distinct purposes: monitoring color development during the roast, and confirming final color after the roast, respectively.

“Coffee is quite fluid and volatile when it comes out of the roaster and while it’s roasting. It settles down,” he said. “The data that you’re getting on the Realtime is a guide. It’s a tool. It’s not something that you would use to confirm exact [finished] colors. It changes very dramatically in the first 20 minutes out of the roaster.”

Currently ColorTrack is collaborating with various roaster-makers on machine-specific compatibility designs for ColorTrack Realtime devices. So far that list includes Loring, Diedrich and Probat, with more to come. As the device itself is quite small and light — Weisberg said it weighs about 1.5 pounds and is roughly 4 inches by 6 inches — it could be hung from the ceiling or a boom mic stand or any number of other improvisational methods. The company has launched its redesigned website to feature its Realtime offering, and the device and service are available now.

“Roasters lose an average of 3 and 6 percent of their entire yield, and some lose a lot more,” Weisberg said, adding that some clients have been known to through out as much of 15 percent of their coffee in the quality control stage. “We don’t want you to over-roast or under-roast your coffee.”