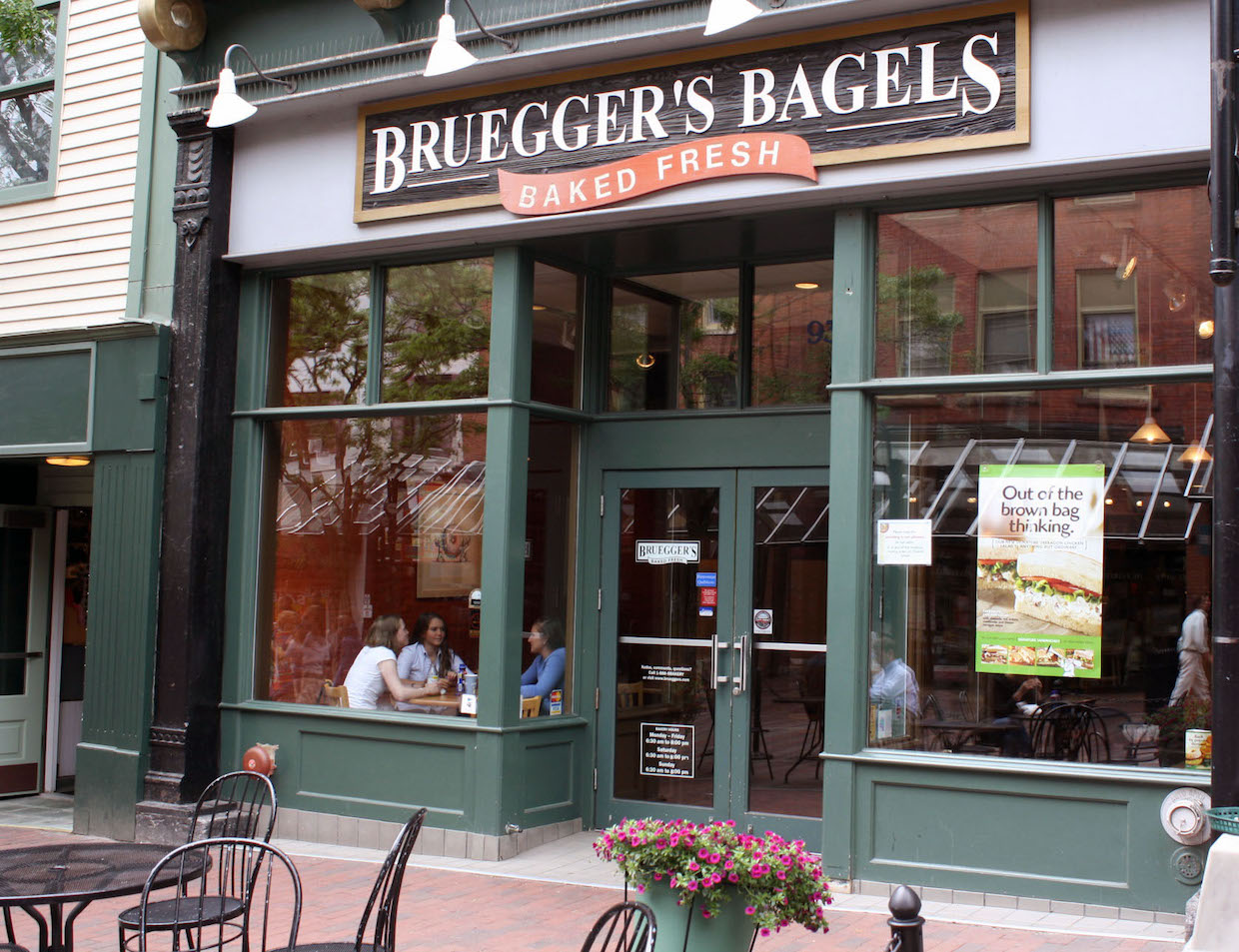 “Bruegger’s Bagels” by Church Street Marketplace is licensed under CC BY 2.0

The owner of the approximately 300-location Bruegger’s Bagels chain has announced that the 34-year-old business is being acquired by Minneapolis-based coffee giant Caribou Coffee, putting more bagels, more coffee and more quick-service locations under the U.S. umbrella of Caribou owner, the Luxembourg-based JAB Holding Company.

Le Duff America, the Dallas-based U.S. arm of the French restaurant conglomerate Groupe Le Duff, is not announcing the terms of the agreement, which is expected to be made final by the end of September.

In addition, Le Duff announced that it is completing a new franchising initiative for its La Madeline French Bakery & Cafe brand, expanding it while also readying the U.S. launch of the global café brand Brioche Doree.

The news primarily concerns the quick-service bakery world, but with baked goods comes coffee, and the Bruegger’s purchase represents another major consolidation effort both for JAB and Caribou. JAB already owns a majority of Bruegger’s competitor Einstein Noah Restaurant Group, and dozens of Caribou/Einstein co-branded “Coffee & Bagels” stores are currently being rolled out in the United States.