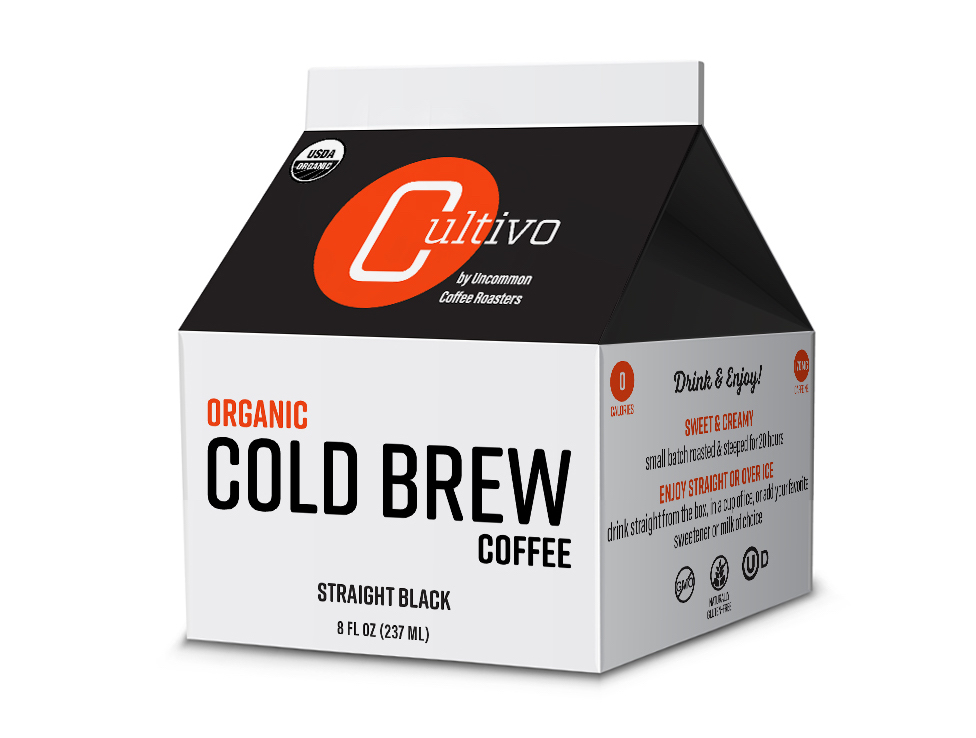 The RTD cold brew drinks come in 8-ounce recyclable cartons, and each features organic-certified coffees roasted at Uncommon’s production roastery in Douglas, Michigan, before being cold-brewed for up to 20 hours. The Straight Black features just coffee and water, while the other two products — a cold brew half and half, and a cold brew chocolate milk — feature grass-fed dairy from Natural by Nature.

In addition to the cold brew line, Cultivo has unveiled 12-ounce whole bean offerings in vintage-looking corrugated steel cans. Coffees in that line currently include the “People’s Choice” blend, a decaf sourced from Honduras and a single-origin from the Zalmari Estate in Costa Rica.

A certified NGLCC Certified LGBT Business Enterprise, Uncommon Coffee Roasters first launched its own line of cartoned cold brew just about a year-and-a-half ago. The company maintains its flagship cafe and bakery in Saugatuck, Michigan, which has been in operation since 1994.