Vagabond Coffee Settling Down in Jacksonville with New Roastery 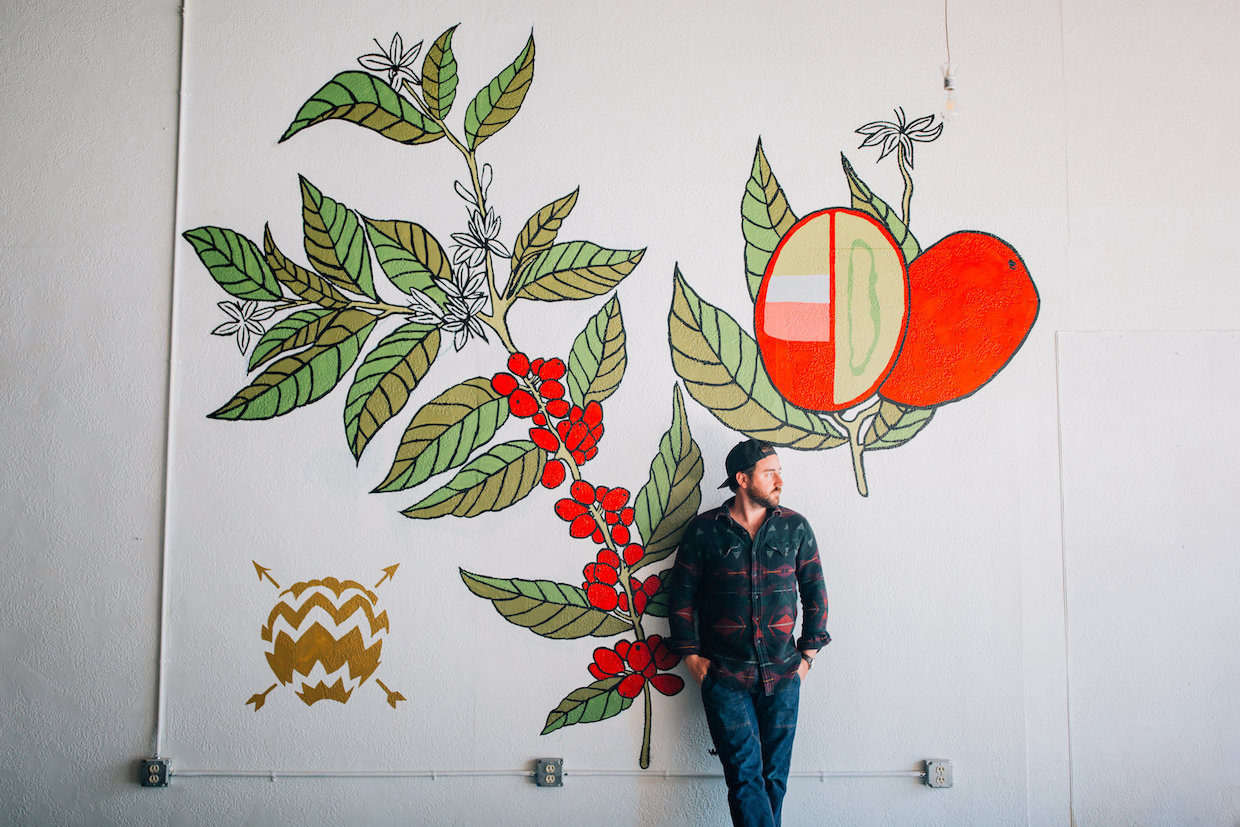 Vagabond Coffee owner Will Morgan in front of a mural at the Vagabond cafe in Jacksonville, Florida. All photos courtesy of Vagabond Coffee Co. Photo by Verance Photography.

As a young business in Jacksonville, Florida, Vagabond Coffee knows all too well the challenges entrepreneurs face in getting a foot in the door. Now gearing up for expansion both in footprint and in production, the company is setting aside some space to offer others a leg up.

For the past year and half Vagabond’s Diedrich IR3 has been working overtime from a tucked-away corner of an offsite warehouse space, feeding fresh-roasted goods to the company’s roughly 950-square-foot Murray Hill cafe located at 934 Edgewood Ave. S. Currently the company is establishing its own roastery across the street from its cafe, including areas for cuppings, training and education, as well as space available for rent by other area start-ups for the purposes of special events and retail pop-ups. 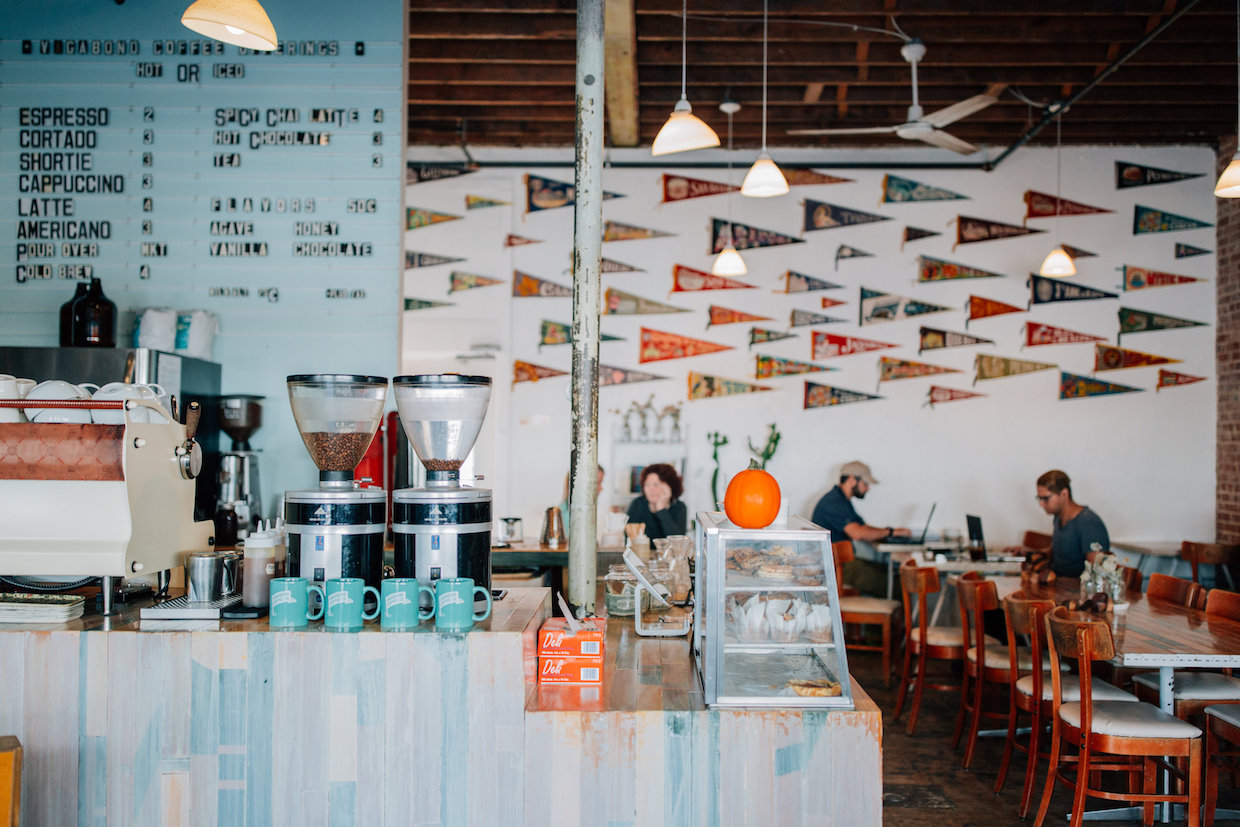 “It gives us the ability to continue brand exposure, use the space in another way and encourage other entrepreneurs,” Vagabond owner Will Morgan told Daily Coffee News. “That’s a big part of what my goal in life in business is: to do whatever we can to help spur and nourish other young business minds, because I know how hard it is.”

At the Vagabond Coffee café, Mahlkonig K60 grinders crumble the beans before extraction on a Synesso Hydra espresso machine, while a Bunn G4 does the same for coffees prior to single-cup Chemex or Yama glass pourover brews. For events, Vagabond also has in its arsenal a single-group, dual-steam-wand Boxer model machine from Rocket Espresso that runs on 110 volts and is, by Morgan’s estimation, an ideal “pop-up workhorse.” 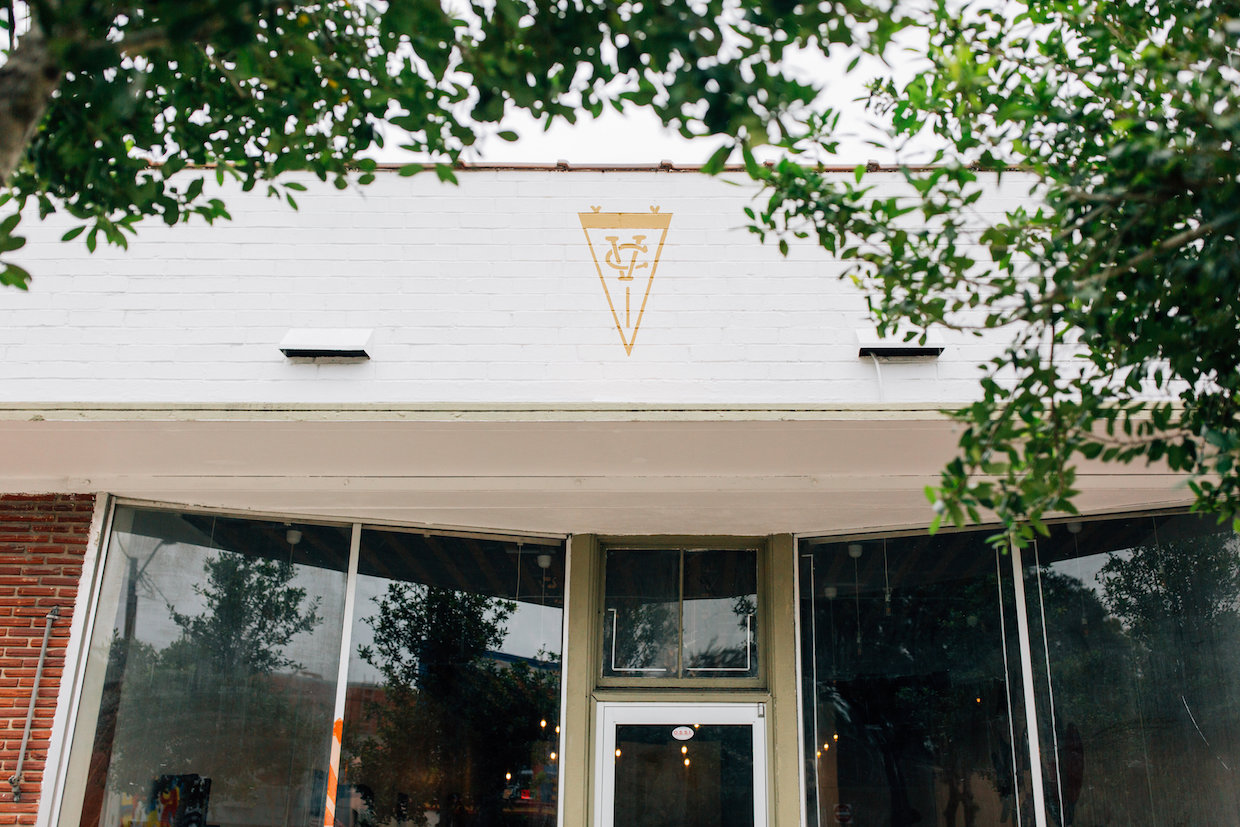 The new roastery across the street from the Vagabond Cafe, at 927 Edgewood Ave. S. in Murray Hill. Photo by Verance Photography.

Morgan said that while it may not be as high tech and offer as many advanced controls as his Synesso, it certainly came in handy when the community was ready to emerge from their homes after the flooding and blackouts caused by Hurricane Irma.

“After the hurricane passed, everybody was ready to get out of the house in the neighborhood, so I took my generator up to my shop and in five hours we did 300, 400 tickets on that Rocket,” Morgan said. “It never slowed down, never had a break, nothing.” 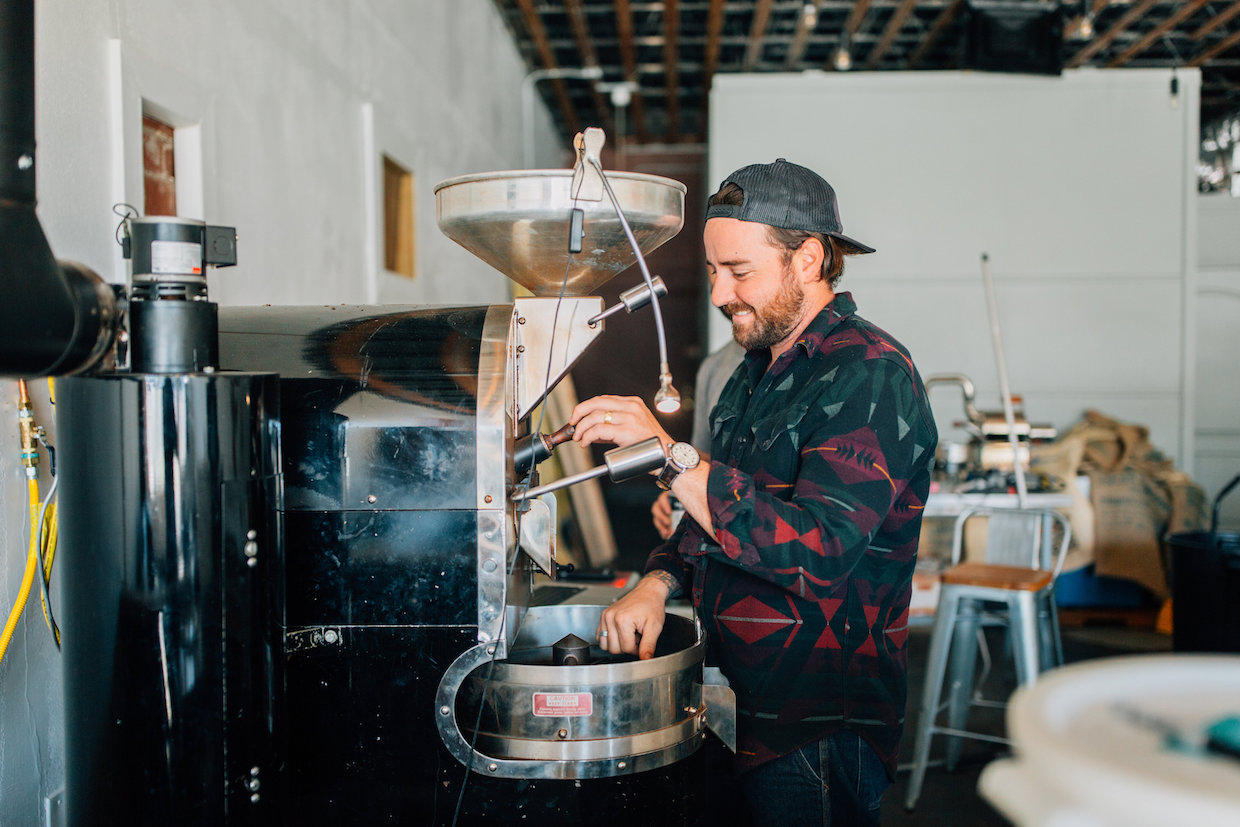 That kind of service is crucial to the Vagabond ethos, according to Morgan. “The three things that we drive home are community, coffee, and culture,” he said. “We want to make sure that every person feels accepted, feels cherished, feels valuable when they come in. If it’s the first time, the only time, or the last time, when they come in it’s not just about having an amazing cup of coffee.”

The new 1,200-square-foot space at inside the strip mall across the street was remodeled and readied by a previous tenant whose business never came to fruition, according to Morgan. Left only with the task of running a gas line and installing his equipment, getting Vagabond Coffee production up and running in the space has been swift. 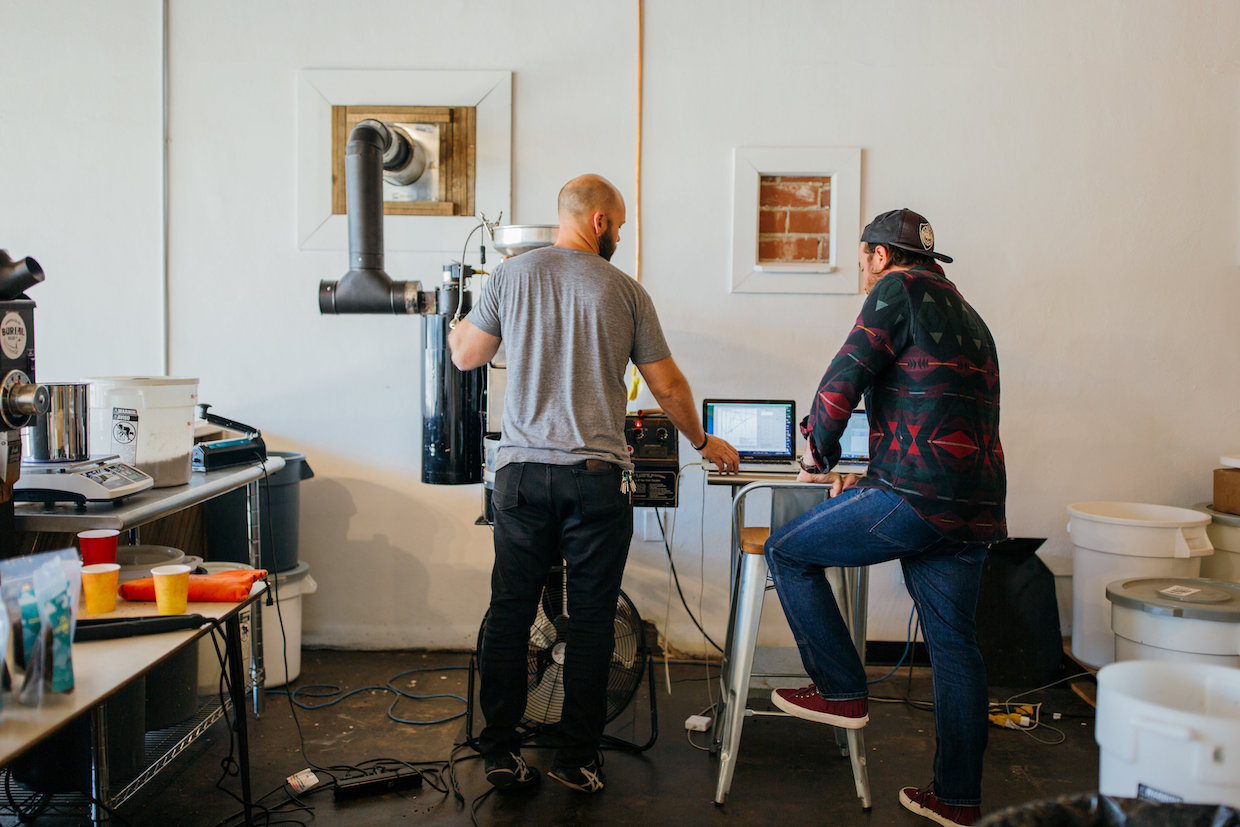 From the existing roastery to the next, Vagabond will continue running green sourced via Cafe Imports through an IR3 with Cropster integration after setting profiles on a Huky machine with Artisan roast profiling software.

“We try to avoid second crack completely,” Morgan said. “We’re very much light roast, very much fruit-forward. We try to do as much and as little as possible when it comes to the coffee, because we know we’re sourcing such amazing coffee from farmers that have done such a beautiful job growing and processing these coffees. We just want to do what we can to accent that.” 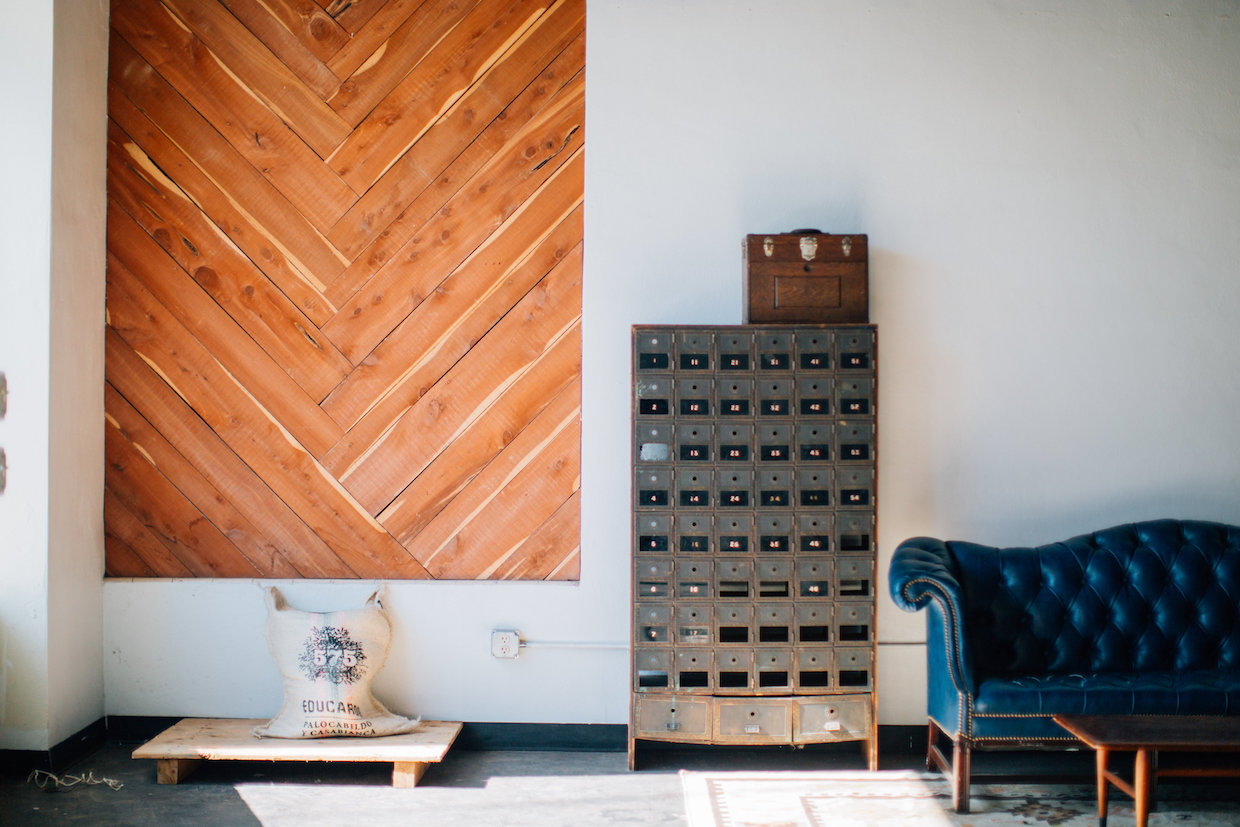 Vagabond anticipates dramatically increasing what they can do, volume-wise, within the next three to six months, with the upgrade to a Diedrich IR12. Morgan said Vagabond also hopes to attain SCA certification for its training facility, and aspires to open several additional retail cafes with the coming three years.