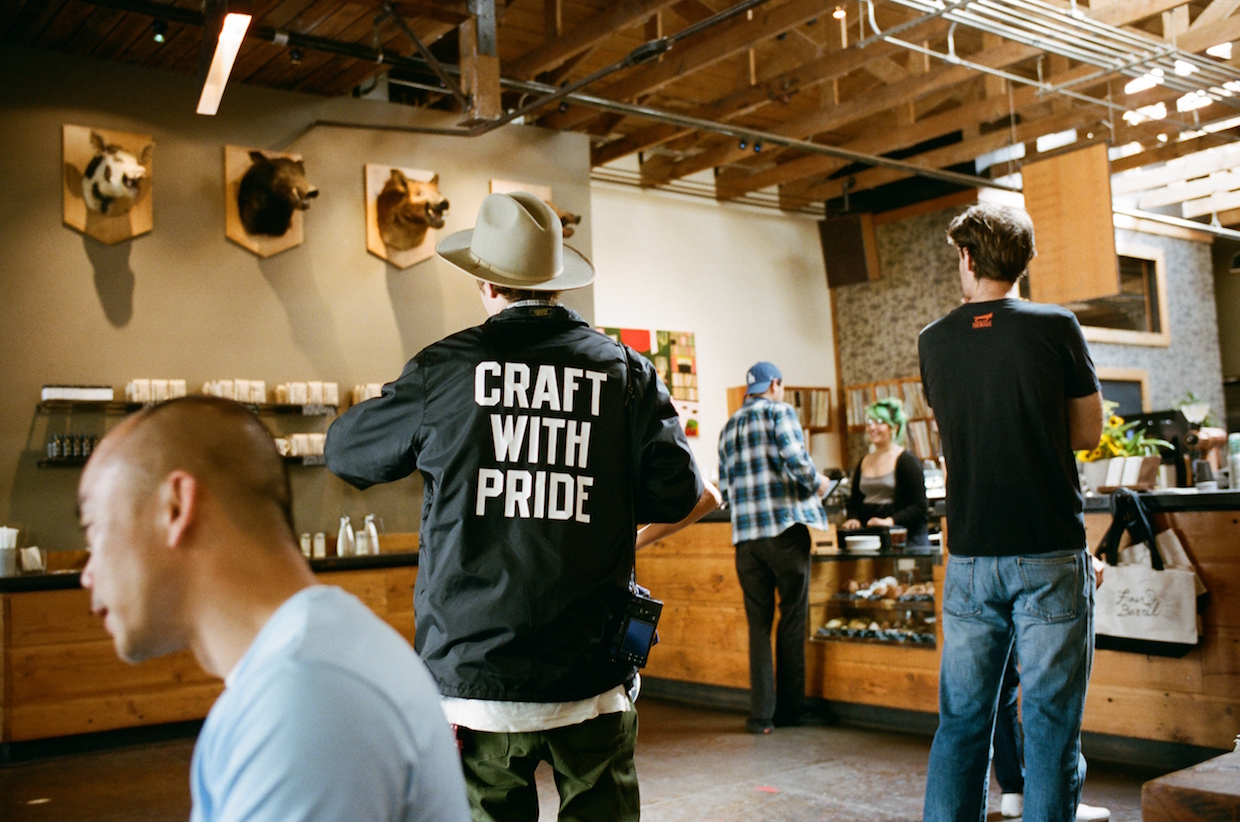 “While we investigate the matter, we want to note that Jeremy Tooker withdrew as CEO in November, before this lawsuit was filed,” Geren and Mor wrote. “He also has agreed to divest his remaining ownership in the company, regardless of the outcome of the investigation. He is no longer an employee of Four Barrel and will not be affiliated with the company moving forward.”

The civil suit obtained by Daily Coffee News includes allegations made by eight female former employees of the company, which has three retail locations in San Francisco, as well as wholesale clients throughout the United States.

The majority of the allegations surround two company parties that took place in 2015 in which Tooker is accused of, among other claims: forcibly kissing numerous female employees against their will, playing a game called “kiss or slap,” in which employees were forced to kiss Tooker, slap him or get slapped; and pinning one former employee to a hotel bed and removing her pants down to her thighs before other employees encountered the scene and intervened.

The San Francisco Chronicle broke the story on Friday, including interviews with additional female employees, 10 of whom agreed to speak on the record.

The lawsuit itself suggests a company culture of sexual harassment that included a “secret menu” under which female baristas worked that listed a “Dickens Cider,” pronounced “dick inside her” for $50, merchandise showing breasts and nude women, and lewd music playing in a warehouse area. “With the rise of the #metoo movement, eight women have gathered the courage to speak out about against what has been accepted for too long as the norm at Four Barrel Coffee,” the suit reads.

Former Four Barrel employees Karley Webb and Megan Kepnach are listed as the plaintiffs in the suit, which names Tooker, Four Barrel Coffee and other as-yet-unnamed company representatives as defendants.

As of this writing, Four Barrel Coffee or Tooker have not replied to Daily Coffee News’ request for comment.

In the suit, numerous former employees say they witnessed Tooker simulate receiving oral sex from an employee while giving a speech at a company party at the House of Shields bar in San Francisco before lining up employees to play the “kiss or slap” game. Webb, a former barista at Four Barrel’s Valencia location, says in the suit that after “a couple of drinks” at the House of Shields party, she woke up at 5 a.m. the next day experiencing seizures and vomiting. Suspecting she may have been given a date rape drug, she went to the hospital.

“Defendant Tooker forcibly made out with her even though he knew she was in a committed relationship, and would not have agreed to such conduct had she not have been under the influence,” the suit states. The suit says Webb was eventually terminated for “being difficult,” though Tooker continued to text Webb after her employment asking her to come to his house and “go out with him.”

Several women recalled a separate company party in Bolinas in 2015 in which Tooker allegedly forcibly kissed or attempted to kiss numerous female employees. The suit states that Cobrina Grieco of Josey Baker Bread at the Mill, a joint venture of Four Barrel, was grabbed, forcibly kissed against a wall against her will and dropped to the ground by Tooker at the event. The suit suggests that because of her managerial position, Grieco felt compelled to keep other employees safe from Tooker during the event, while trying to find a place for him to “pass out.”

“Once Ms. Grieco made it to a hotel room reserved for FourBarrel employees or vendors, Defendant Tooker forcefully pushed her onto the bed and laid on top of her. Ms. Grieco could not move, began to panic, and repeatedly said, ‘No, this is not going to happen Jer,’ as she pulled his hands from her body and tried to evade his kisses. He managed to get her pants down to her thighs. Ms. Grieco never felt so powerless or scared. Right when she believed he was going to penetrate and rape her three FourBarrel Coffee employees walked into the room,” the suit states.

Another woman at the same event who was hired by Four Barrel to play in a band was grabbed by Tooker from behind and forced to a bed before freeing herself, according to the lawsuit.

“Although owners Jodi Geren and Tal Moore were not present at the Bolinas event, employees notified them about defendant Tooker’s behavior at the event. In response, Ms. Geren and Mr. Mor encouraged employees not to ‘create drama.’ In fact, not ‘creating drama’ was the owners frequent justification for not standing up against Defendant Tooker’s inappropriate behavior,” the suit reads in a section outlining the claims of another female former employee, Tayler Mehit.

An employee for five years at the Valencia location, Emily Haddad was overheard by human resources representative Mychal Cohen while commenting on the merchandise at the store, including mugs with breasts and nude women, according to the suit, which states, “Mr. Cohen instructed Ms. Haddad that she was not permitted to ‘talk shit’ about the company to co-workers.”

The suit says Haddad was frustrated with having to respond to customers asking her what “Dickens Cider” meant and raised those concerns with Cohen. “Mr. Cohen agreed to cover up the item on the menu,” the suit states. “Later, Ms. Geren reminded Ms. Haddad that the company had spent $500 on a new menu sign because of her, implying that the cost incurred was her fault and that she needed to be grateful.”

The Latest from Four Barrel

The announcement made Friday by Geren and Mor expresses concern and sadness, yet it also says the company “takes issue” with claims in the suit.

“Due to the lawsuit, we can’t comment as fully as we would like, but we can say this: we take issue with the claims being asserted in the lawsuit, and the mischaracterization of our current culture,” Geren and Mor wrote.

The company says it has engaged an outside human resources firm to facilitate the reporting of concerns by existing employees.

“We have reviewed the lawsuit filed on Friday. We take it very seriously and are deeply saddened. Four Barrel will not tolerate inappropriate behavior in the workplace,” the announcement says. “It’s essential that our employees and co-workers understand that they are valued and respected. We will continue to take prompt action to address any and all employee concerns, as we have done in the past.”

Several multiroaster coffee shops and other Four Barrel wholesale clients have already publicly stated they no longer plan to continue carrying coffees from the company.

It breaks our hearts to hear the news about Four Barrel Coffee. We are sad for everybody involved in this situation, especially the women who were victim to a toxic culture. We will no longer be buying coffee from Four Barrel, and we hope that they as people and a company change for the better. #redrockcoffee #community #culture #mountainview #bayareacoffee #siliconvalleycoffee #siliconvalley #downtownmountainview

An instagram post from Red Rock Coffee in Mountain View, California, states, “It breaks our hearts to hear the news about Four Barrel Coffee. We are sad for everybody involved in this situation, especially the women who were victim to a toxic culture. We will no longer be buying coffee from Four Barrel, and we hope that they as people and a company change for the better.”

We will not be carrying @fourbarrelcoffee in the future. 🔥💩
If you purchased a 4B mug from us, we would be happy to exchange for an SMC mug. – it will go in our giant 4B coffee/merch fire we are having this weekend.https://t.co/wu2UjYaqCX

Michigan-based Strange Matter Coffee announced via Twitter that they were having a Four Barrel “coffee/merch fire” this past weekend. Meanwhile, Georgia-based multiroaster Spiller Park Coffee tweeted, “We’re no longer carrying @fourbarrel because they no longer carry our standards for partnership. #sorrynotsorry #werewithher”