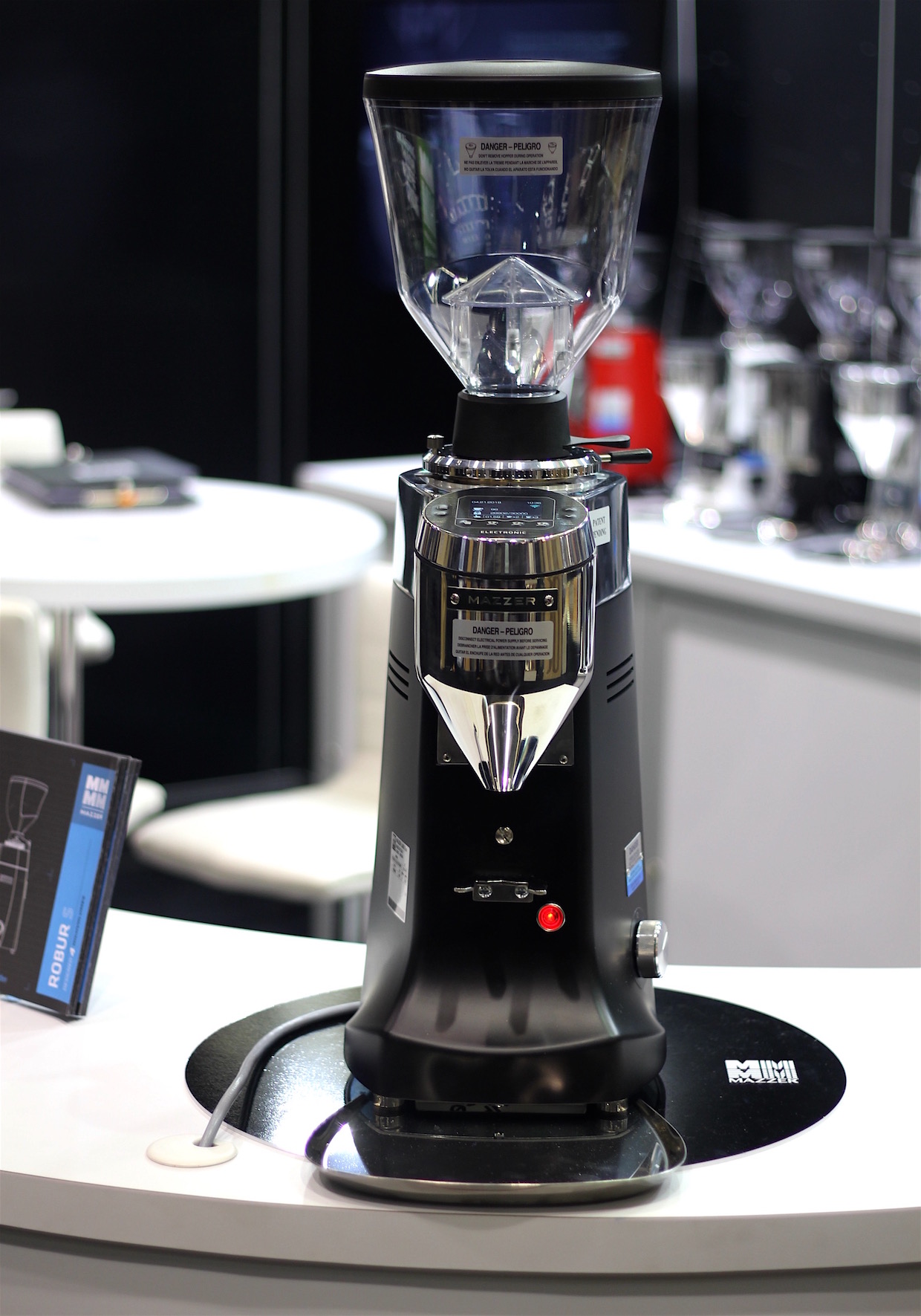 Italian grinder manufacturer Mazzer is on an innovation streak, displaying significant upgrades to its lineup for the second SCA Expo in a row. Following last year’s introduction of the ZM line, the bulk of this year’s new tech comes in the form of the Mazzer Robur S.

Mazzer Sales Director Luca Maccatrozzo told Daily Coffee News that the Robur S is an almost entirely new Robur, with the motor and the burr set being the only two components carried over from its previous iteration. 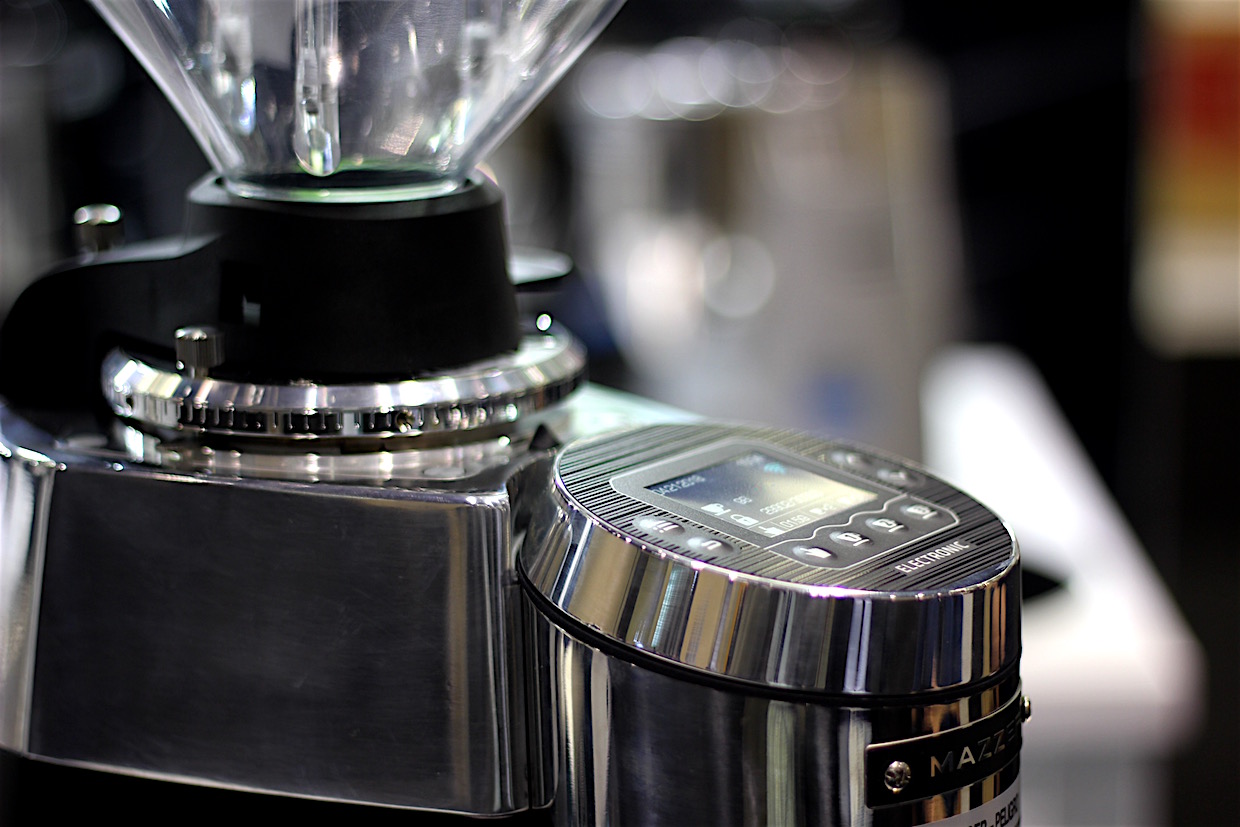 “We reduced the grinding chamber first of all, and then worked on the geometry of some parts,” Maccatrozzo said of a re-engineering process that has resulted in a 52 percent reduction in grinds retention compared to previous models, according to the company.

The redesigned top portion of the grinder also features a new adjustment mechanism that includes what Mazzer calls “Memory Track,” a numerical ring that slides independently of the adjustment collar ring so that once the barista has dialed in an espresso, the zero or any other visual marker can be oriented and fixed to that point. 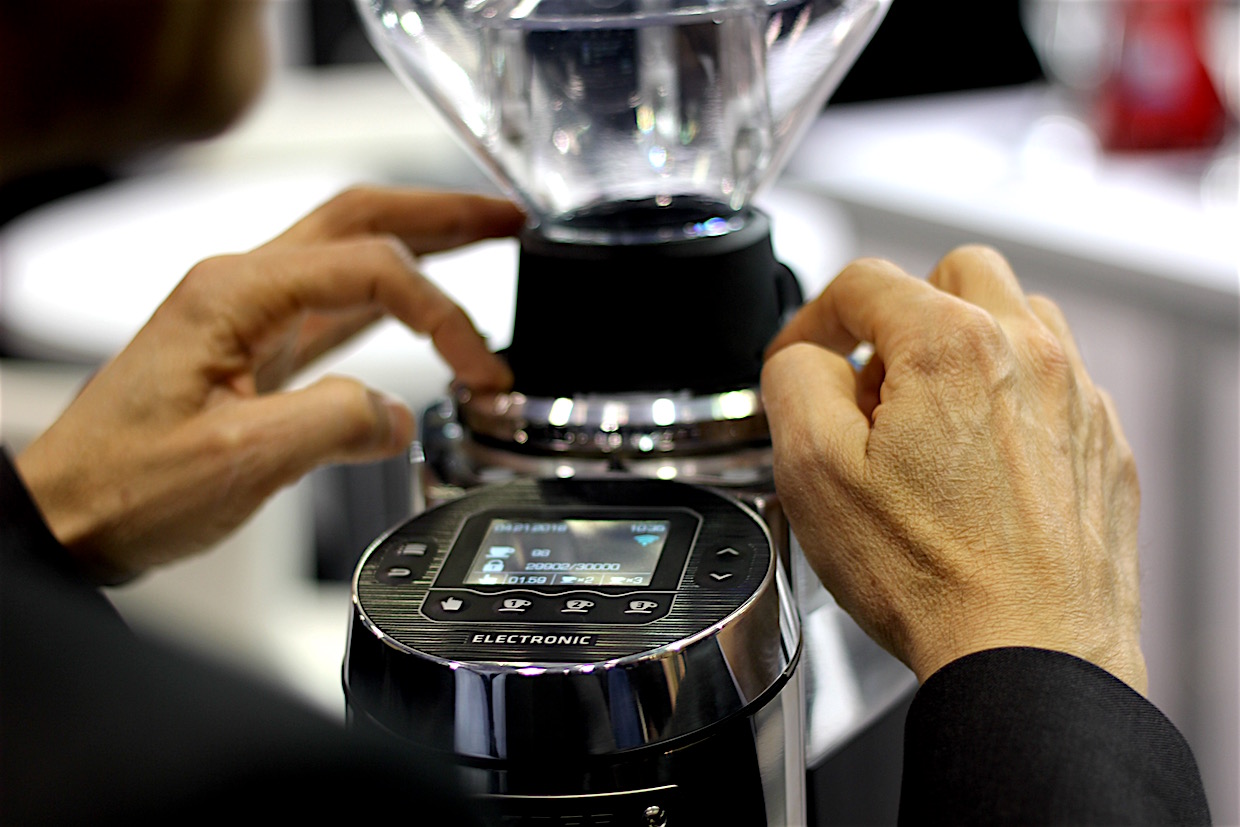 Additionally, the upper burr assembly has been redesigned so that the entire threaded collar can be removed with the upper burr still inside it, preserving the exact setting while opening the chamber for cleaning and maintenance.

The new grinder’s digital interface includes three timed grinding settings ostensibly for single, double or triple shots, and includes an automated pause during the grind to allow for baristas to tap the portafilter to settle the grinds before grinding automatically resumes. 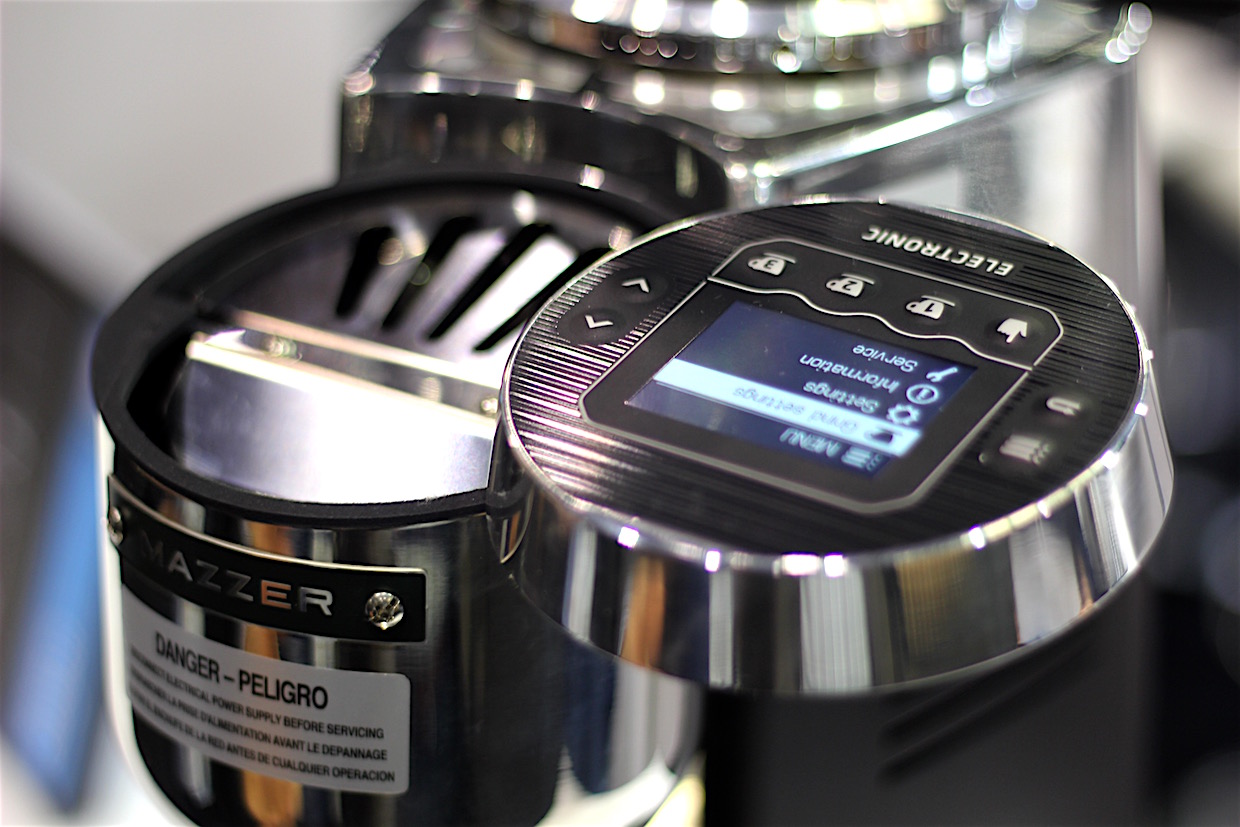 Designed for high-volume cafes, the Robur S also features wireless capabilities that will sync with an upcoming app to deliver grinding data to handheld devices. Information will include numbers of doses ground overall and in each profile, burr maintenance and cleaning needs, and more. The grinder itself and the accompanying app will be displayed in about 90 languages. 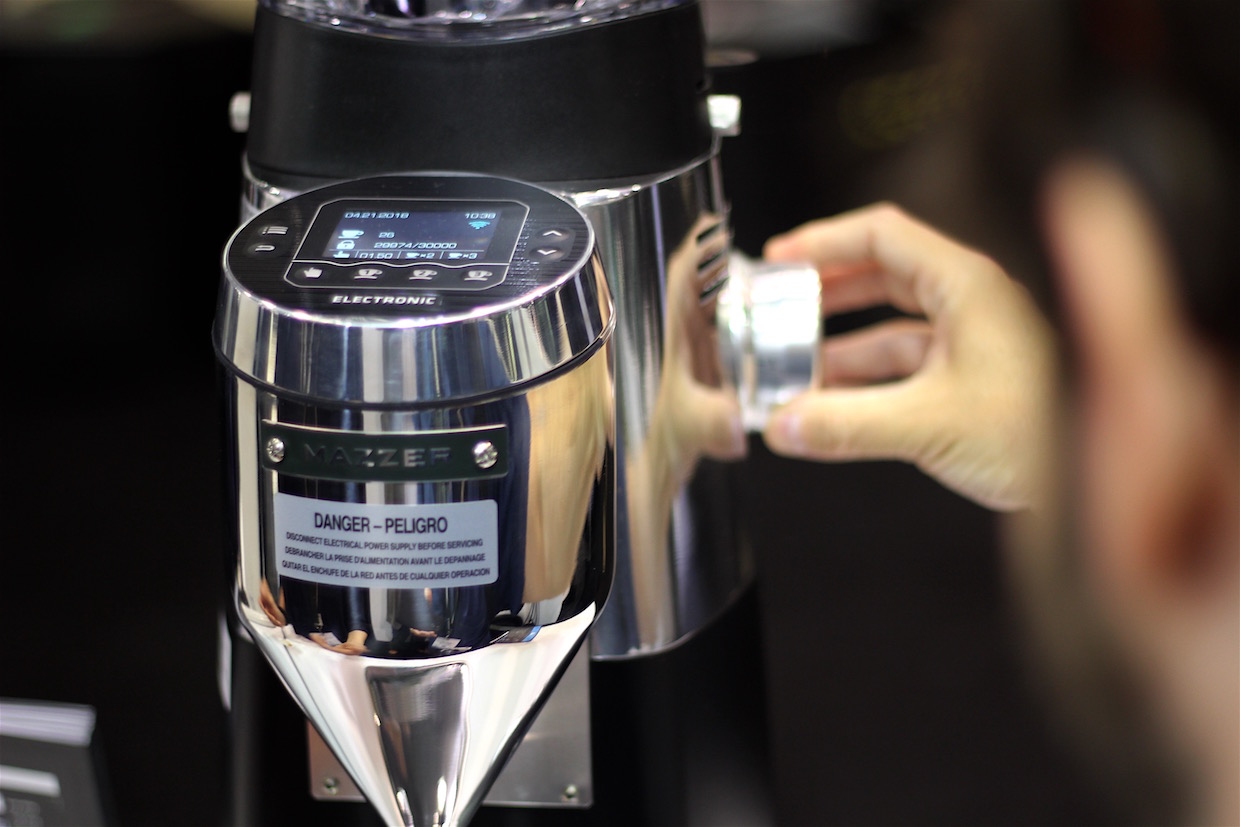 The Mazzer Kold S is another model brought up to date with the same retention improvements as the Robur S, as well as the same digital, IoT-connected UI. The belt-driven Kold keeps heat away from the grounds through deployment of two fans, as well as by displacement of the motor to the bottom of the case, as far as possible from the grinding chamber. The new Kold S also includes improvements to its side-mounted micrometrical adjustment knob. 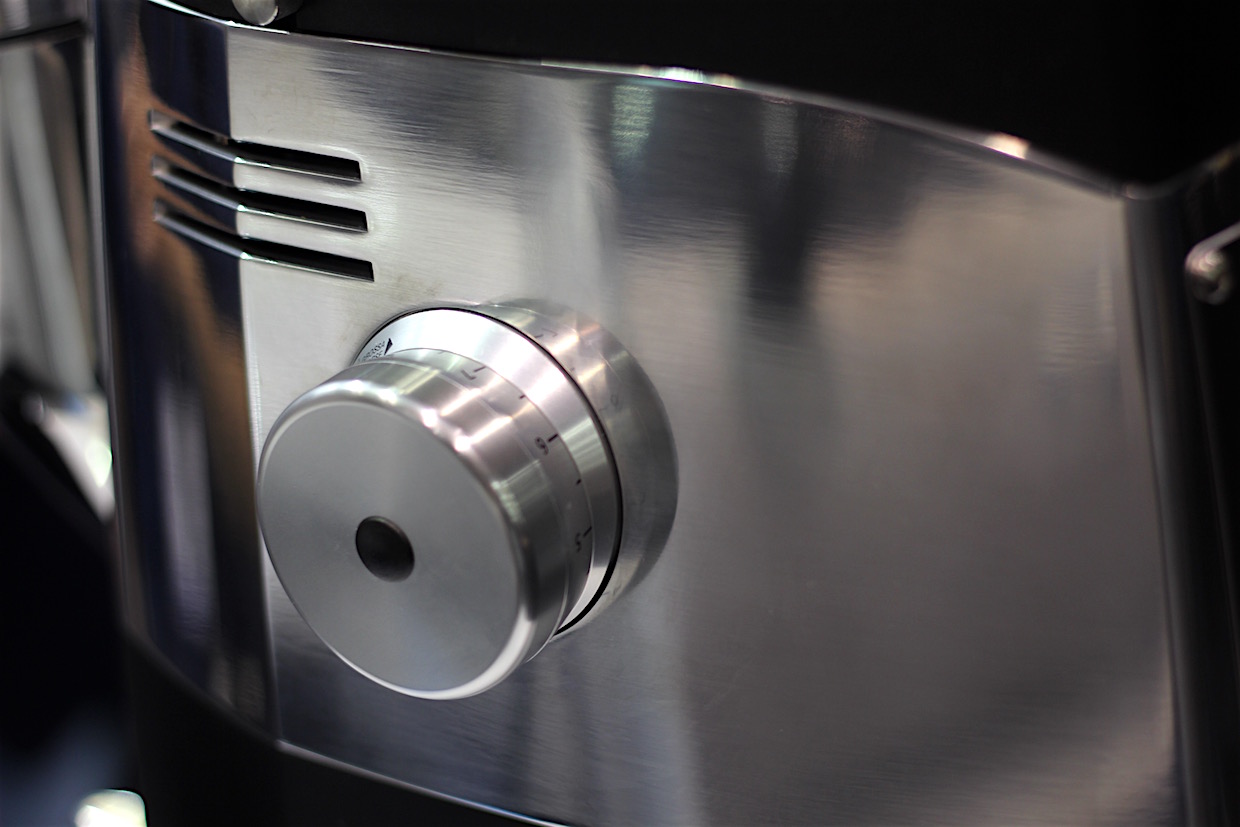 Pricing for the Robur S is expected to land “slightly higher” than the previous Robur. Both new machines are expected to begin shipping in October.