Now Roasting in the Rockies: Big Iron Coffee in Steamboat

The farther one gets from major urban centers, the more the specialty coffee scene remains a bit like the Wild West: nothingness for miles and miles, a loner here and there, and the occasional standoff between progress and the old ways.

In Steamboat Springs, Colorado, where tourists flock to the slopes each winter while also expecting a certain vintage Western Americana charm, local coffee has typically been of lower grade and roasted dark, according to the owners of a new roasting company there called Big Iron Coffee Company.

Founders Bowen Rodkey and Nina Mundy Rodkey started the wholesale business in January with some big iron of their own, a 10-kilo Proaster machine. More recently, they opened a public tasting room. The business is named after the classic Marty Robbins country ballad, in which a stranger rides into a small Western town in search of an outlaw Texas Red.

Decked out from floor to ceiling in beetle kill pine with the rustic austerity of a wild frontier general store, the mini-cafe’s single-group chrome Modbar mounted on the counter stands in sharp contrast to the ram’s skull mounted on the wall behind it. Of the Modbar system alone, Bowen Rodkey told Daily Coffee News, “It’s my favorite thing in the world.” 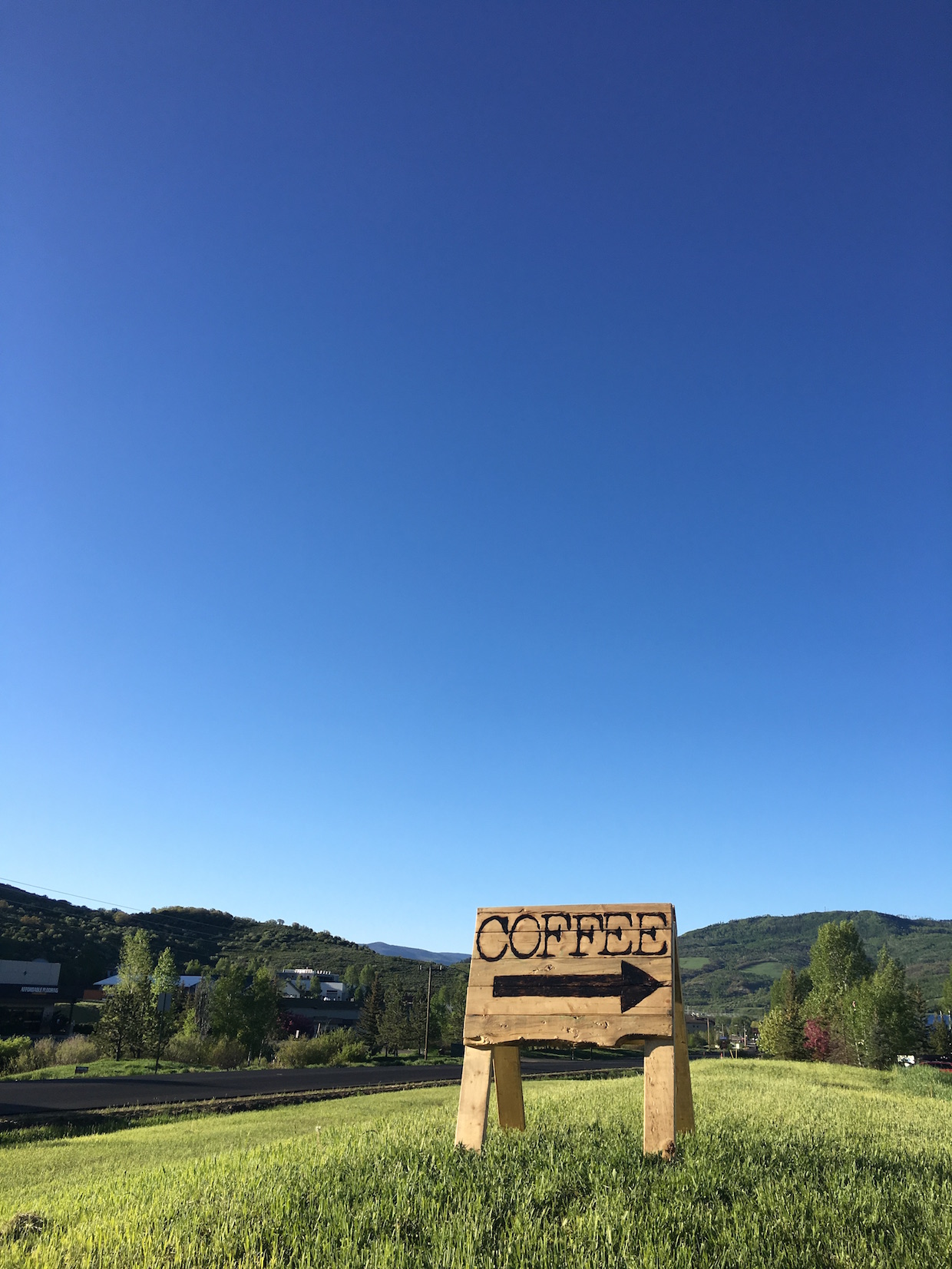 The Modbar is partnered up with a Mahlkonig K30, while an EK43 grinds for Fetco batch brew in the approximately 250-square-foot shop, while in the roughly 1,000 square feet of space in back, greens sourced from Red Fox Coffee Merchants and Sucafina are roasted. The Rodkeys aspire to meet the kind of quality found in some of the best shops in coffee centers like Portland or New York.

“My biggest inspiration for how I roast coffee is Roseline, out of Portland,” said Bowen Rodkey, who became familiar with the company while capturing the inner workings of various roasteries for a personal photography project. “It was always my favorite coffee. That was some of the best coffee I’ve ever had. Them and Coava.”

In another similarity to Portland, greens of a different sort abound around the Big Iron space. “This whole place smells like cannabis,” said Rodkey. “On any given day it smells like cannabis or roasting coffee, which is pretty funny. It’s where most of the growing facilities in town are.”

In the largely industrial area Rodkey describes as underserved for food and drinks, the coffee shop regularly draws workers, which in this case underscores the importance of Big Iron’s light menu of bagels, cinnamon rolls and other snacks.

“We get a lot of the trimmers and the people working in marijuana in here as customers,” said Rodkey. “One of the benefits the trimmers have is they can usually smoke on the job, so sometimes folks will roll in here to munch on some stuff.”

In addition to accommodating the neighbors, Rodkey hopes to help grow a new base of coffee lovers in Steamboat, beginning with offering a pleasant, friendly experience. A previous “third wave” coffee shop in town flopped, he said, due to “a bad case of barista attitude syndrome.”

There are also products designed to attract repeat business. For example, one of Big Iron’s core offerings is the Stampede dark roast blend. 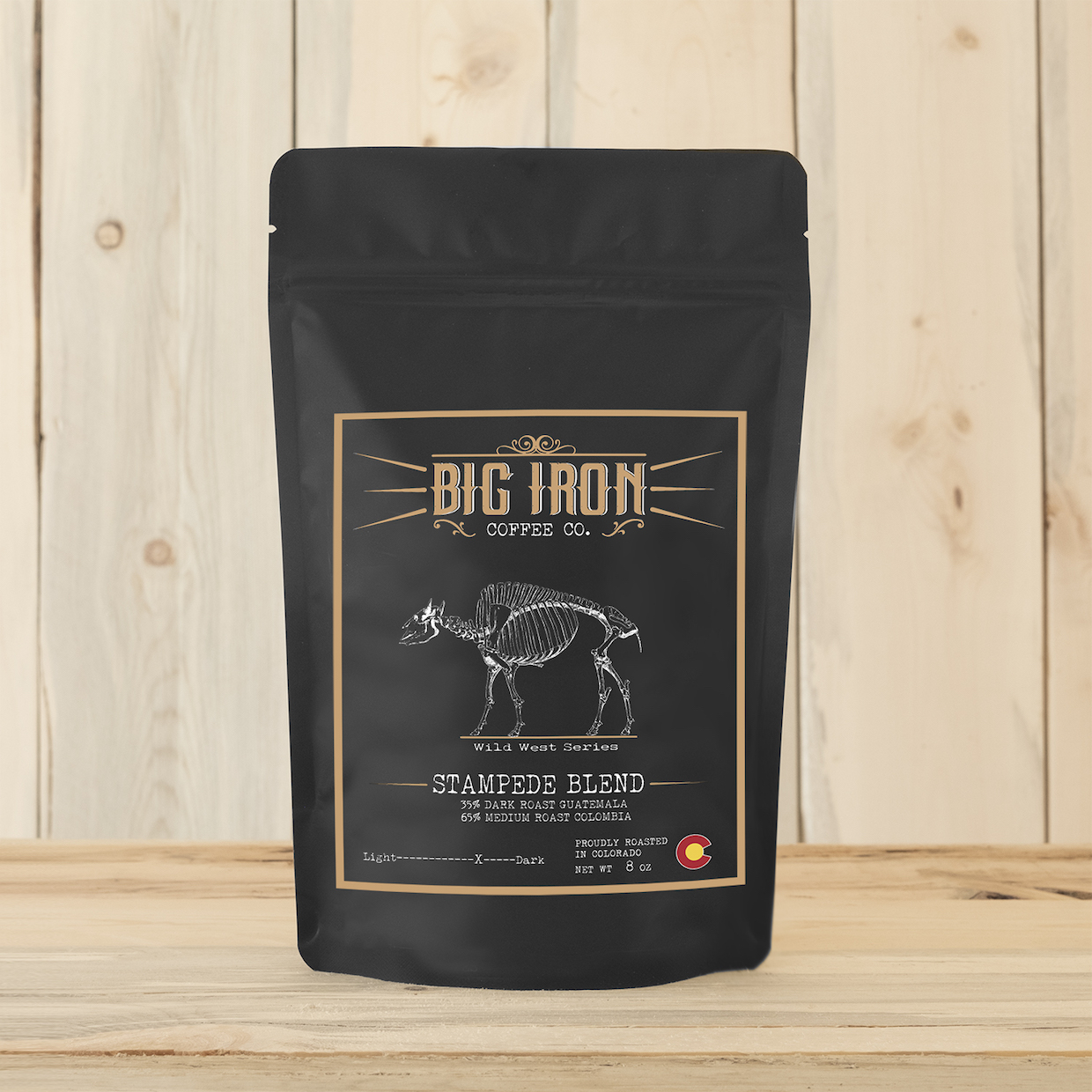 “It’s kind of subversive specialty coffee,” Bodkey said of his company’s answer to the local demand for dark roast, a blend with a familiar roastiness but with underlying sweetness and body from being 65 percent medium roast Colombian coffee. “It exposes people to character and nuance in coffee. It’s actually got a lot of people interested in coffee and curious about trying single-origins.”

Bodkey also emphasizes that the encouragement is gentle, the atmosphere is free of pressure and pretense, and the route for expansion will focus more on wholesale than on retail for the time being.

“I’m a very positive person,” said Bodkey. “I like to think that I don’t say no to people. If somebody comes in here and wants a vanilla latte, I will make them the best goddamn vanilla latte they’ve ever had. At the end of the day, our principle goal is to make specialty coffee more available throughout the Rockies and throughout the west.”