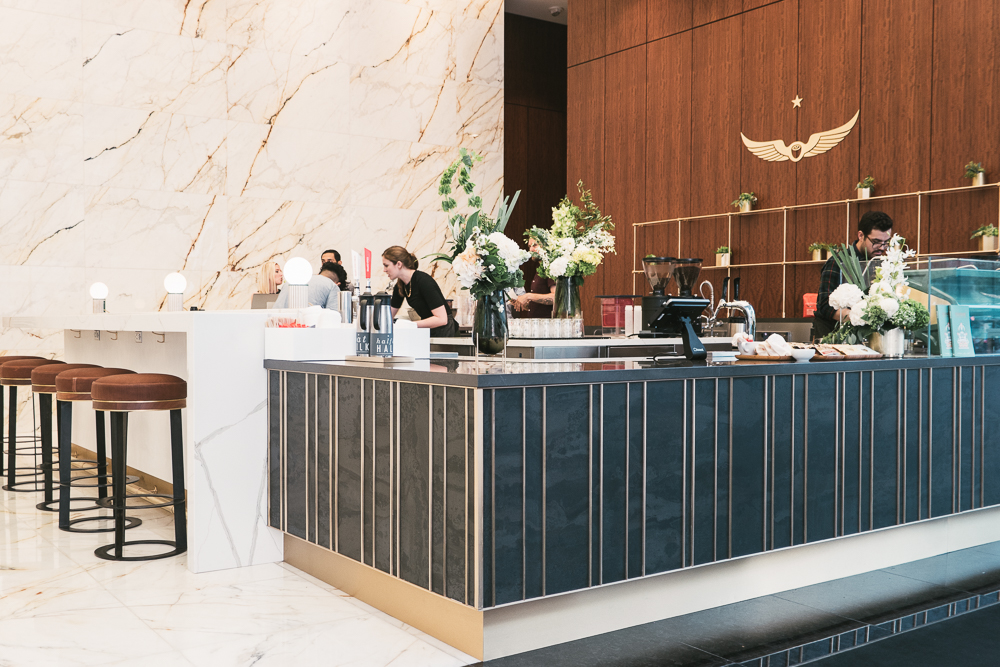 Just 13 months after opening its first Boston location — a Watertown neighborhood coffee bar with an adjoining training lab — Intelligentsia Coffee has opened a second cafe in the heart of downtown’s Financial District.

At 225 Franklin St., the Post Office Square bar sits within the first floor of one of Boston’s first skyscrapers, known for decades as the State Street Bank Building and now simply named by its address. 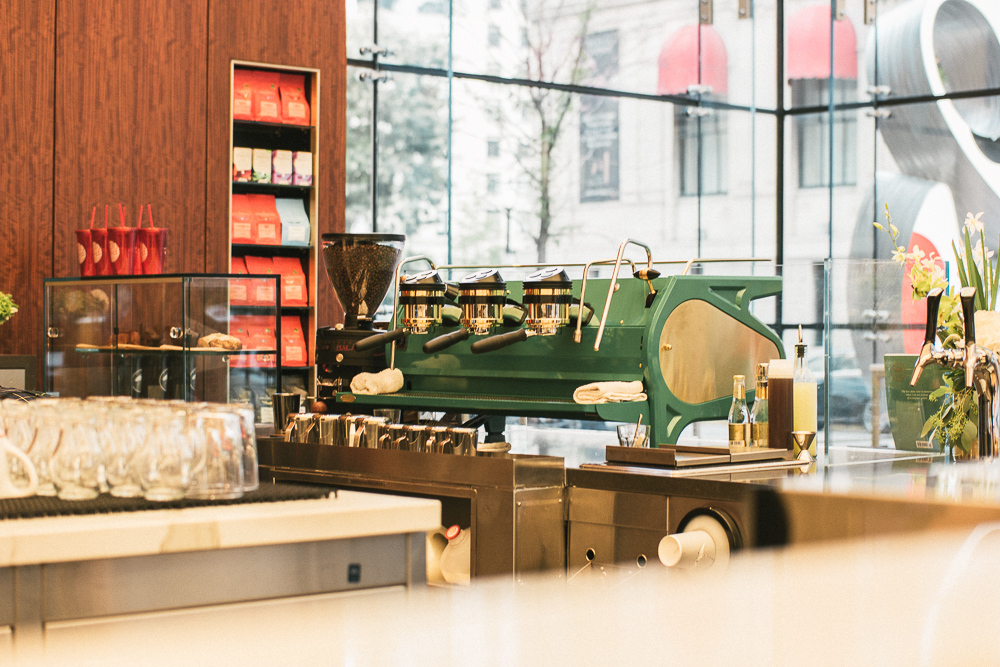 Featuring high ceilings and abundant glass facing the street, the bar was designed by the global architecture and design firm Gensler, which also worked with Intelligentsia on the company’s Old Town Chicago location.

Intelligentsia says the Post Office Square design was was “influenced by the sense of guest intimacy and comfort found at great hotel lobby bars.” Minus the guest rooms and the booze, the cafe does feature communal seating around an august cream-colored marble high bar with a front line bar for ordering efficiency. Brass, marble, steel and leather have all been incorporated into the design to complement the existing lobby. 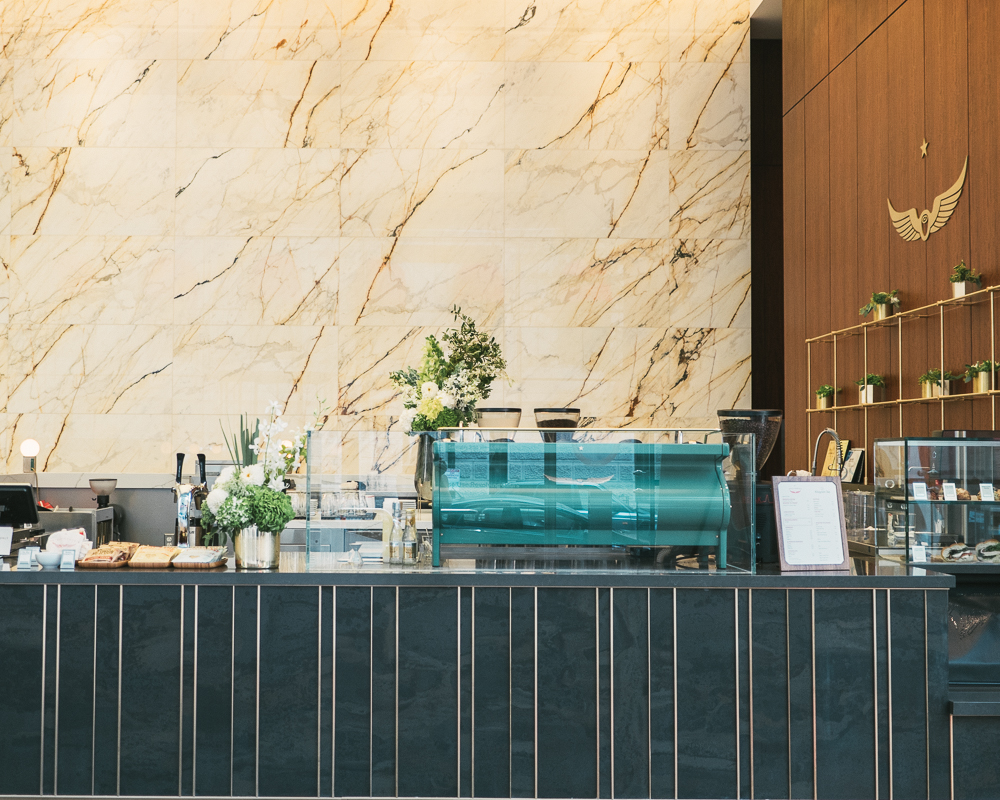 The Post Office Square bar is the Chicago-born company’s 12th retail location overall, with additional bars in Chicago, New York and Los Angeles. A Hollywood bar is next in line, according to the company. In addition to its own bars, Intelligentsia maintains robust roasting and wholesale operations, with roasteries in Chicago and L.A., and additional training labs in all the cities named above plus San Francisco and Atlanta. 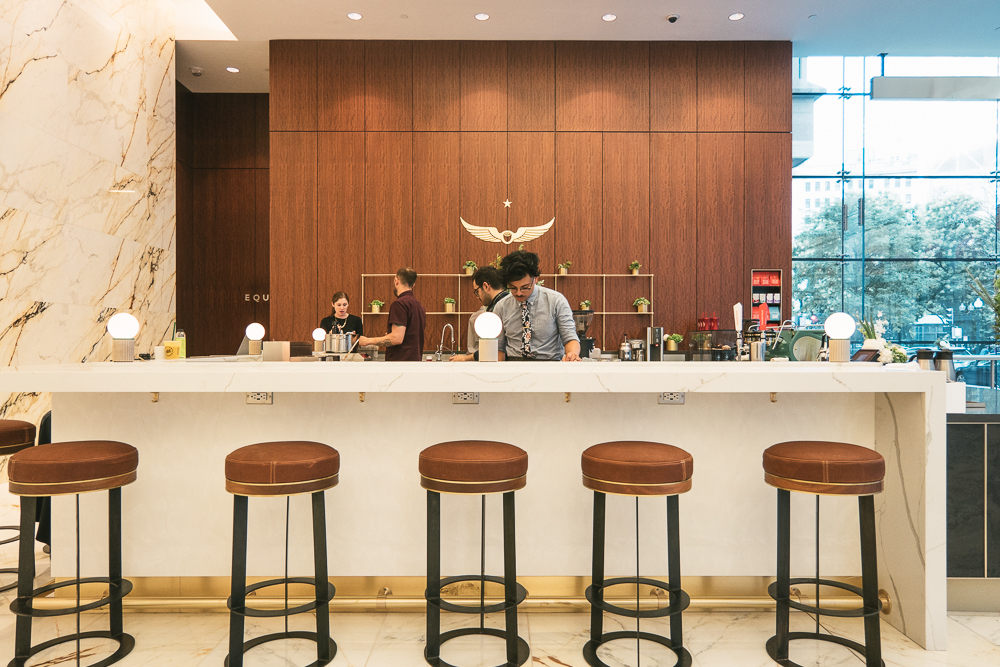 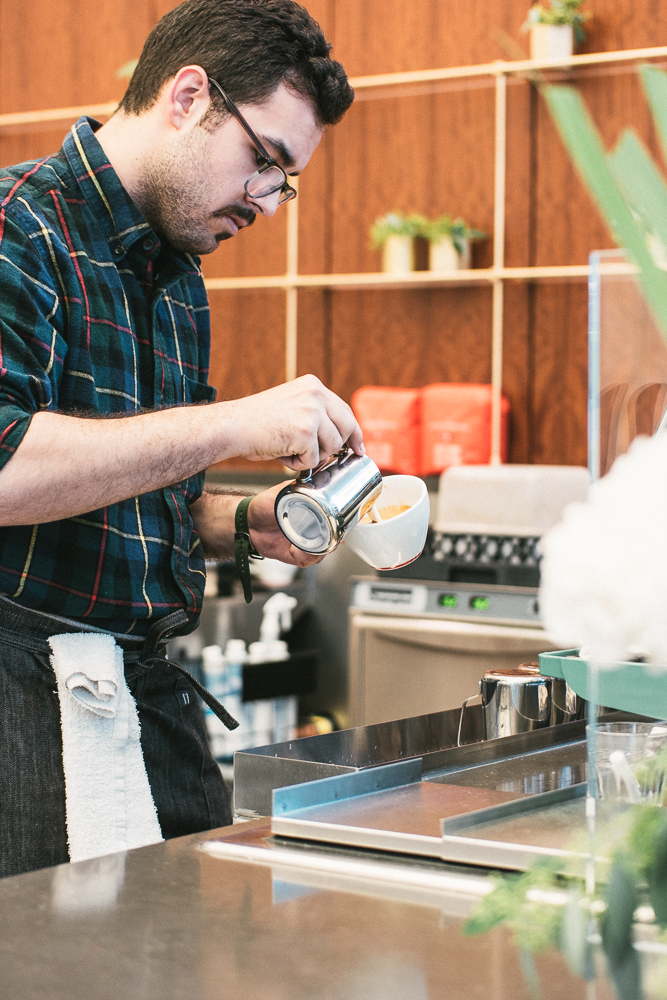