Beer with Schooley: The World’s Colombian Coffee Exposition from Hop Butcher and Hero 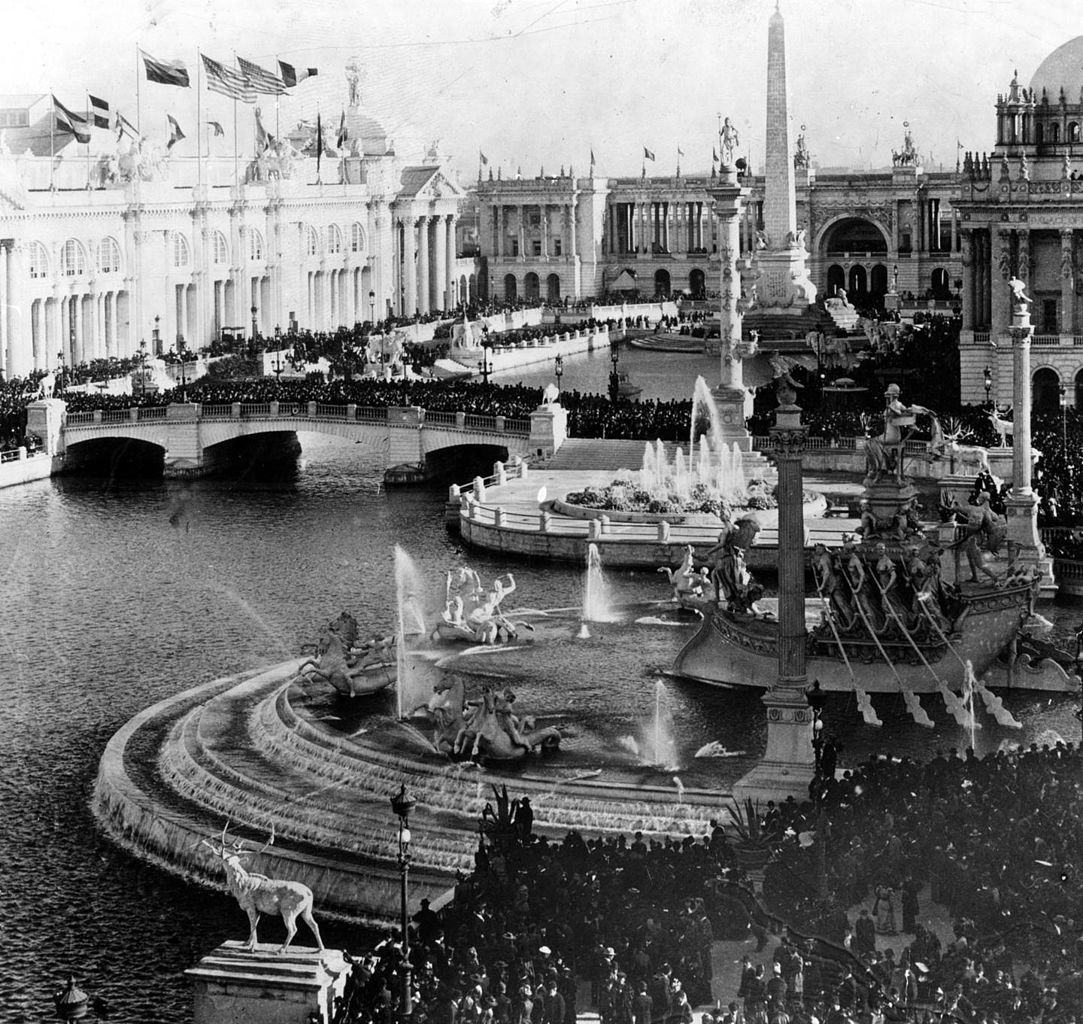 We’re drinking an Imperial Stout with Coffee named for the 1893 World’s Columbian Exposition in Chicago. I’m endlessly fascinated by the idea of a World’s Fair, with the nations of the world showcasing and sharing advancements in science and technology with each other. Perhaps that was always a reason the Roasters Guild Retreats and Specialty Coffee Expos meant so much to me. There’s a spirit of innovation and also a sense of wonder within different cultures.

Hop Butcher For the World and Hero Coffee

Chicago is a city of neighborhoods, and both roaster and brewer were operating in Chicago’s South Loop, an area adjacent to the original location of the 1893 World’s Expo’s White City. The businesses have been growing and collaborating for the past three years, and met via the modern marvel of social media.

Hero Coffee’s Craig Alexander was the first to reach out. “Way back when Hop Butcher was still South Loop Brewing company, I shot them a message on Instagram because we had just opened the very first Hero in the South Loop and wanted to collaborate with people in the neighborhood,” Alexander said.

Jeremiah Zimmer from Hop Butcher was excited to meet and collaborate with someone who he described as being as geeky and passionate about coffee as Hop Butcher was with beer.

Hero now has a number of cafes throughout Chicago, and supplies them with roasts from a Loring Falcon 15 in the Fulton Market industrial area of Chicago, home of other area roasters like Passion House and Intelligentsia. Hop Butcher has grown its business through canning and distribution, and now collaboratively brews at Miskatonic Brewing outside the city in Darien, Illinois.

Alexander said the beer collaboration was a blast. “I am a huge fan of their hands on approach and their attention to detail is second to none,” he said. “It’s been fun to see how our companies have grown each new year we get together for this project.”

Involving a play on words that recalls the 1893 “Columbian” expo as well as the “Colombian” coffee used, the World’s Colombian Coffee Exposition beer begins with a soft and subtle aroma is on the nose. The Colombian coffee from the Santander Department selected for the brew makes its way through the deep darkness of this whopping 10 percent ABV Imperial Stout. 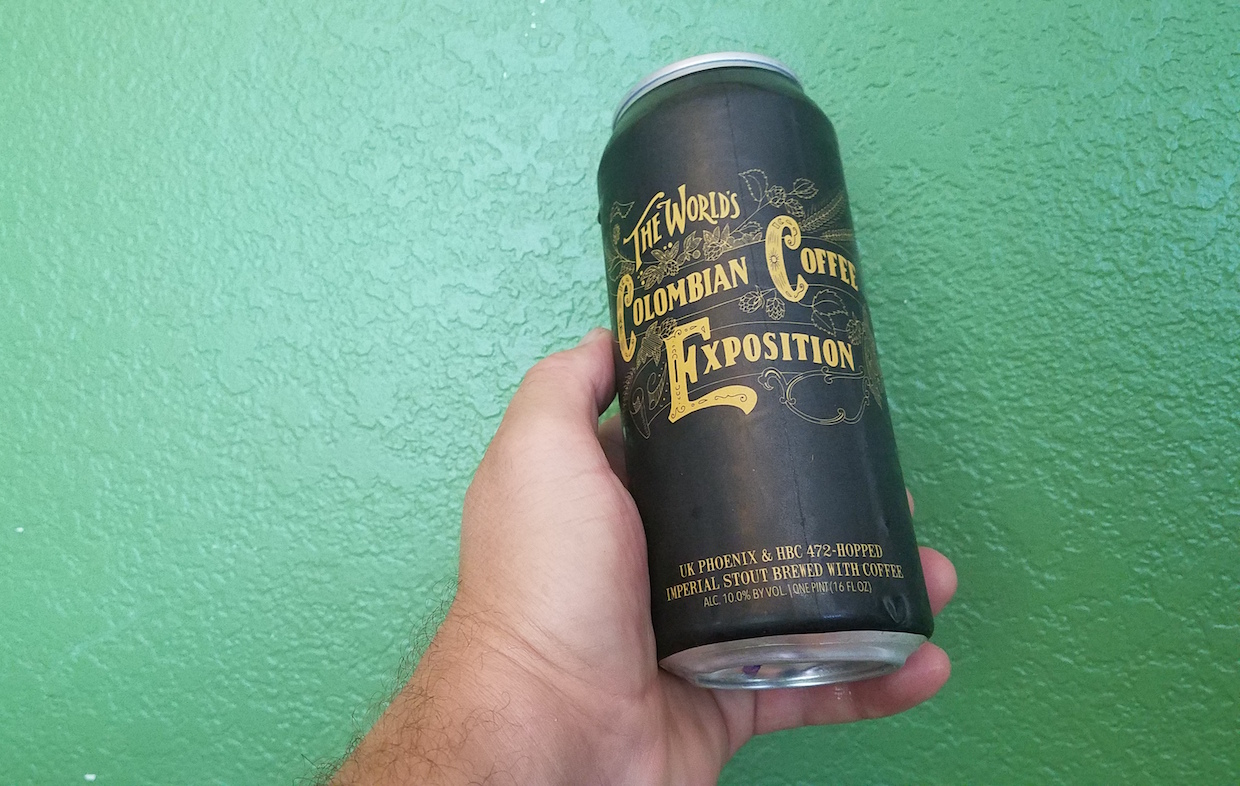 Alexander’s roast was designed to bring out that chocolate along with brown sugar and dried cherry flavors. That cherry flavor along with the slight booziness of the Imperial style result in a rich cherry cordial character.

The hop selection for this beer was also designed around this flavor profile. Hop Butcher’s Zimmer said that in the past they had used a US Fuggle hop that didn’t quite shine, so the latest batches have included UK Phoenix hops that, known for lending molasses and chocolate aromas. They’ve also added a numbered experimental hop variety identified as HBC-472, which has aromatics of coconut as well as vanillin characteristic reminiscent of barrel aging.

The coffee is most expressed in the drier finish of the beer. The mild bitterness of the medium roast helps accentuate this cleaner, crisp finish. The expression in the finish, as well as the bright, acidic and pleasantly bitter dark chocolate aftertaste, can perhaps be attributed to the method by which the coffee was added to the beer. Zimmer chose to steep ground coffee secured in a muslin bag in the finished beer on the cold side, post fermentation, for over 48 hours, and then an additional day or so while the beer was carbonating. In prior years they had gone with 10 pounds for a 15-barrel batch, but doubled it this year to 20 pounds in a 30-barrel batch. Zimmer said Hop Butcher is thinking of taking it a bit further this year to really promote the aromatics even more.

I’m looking forward to seeing where this collaboration goes next.

(If you have any comments or questions for Chris, or would like to submit a beer for consideration, please use this form.)