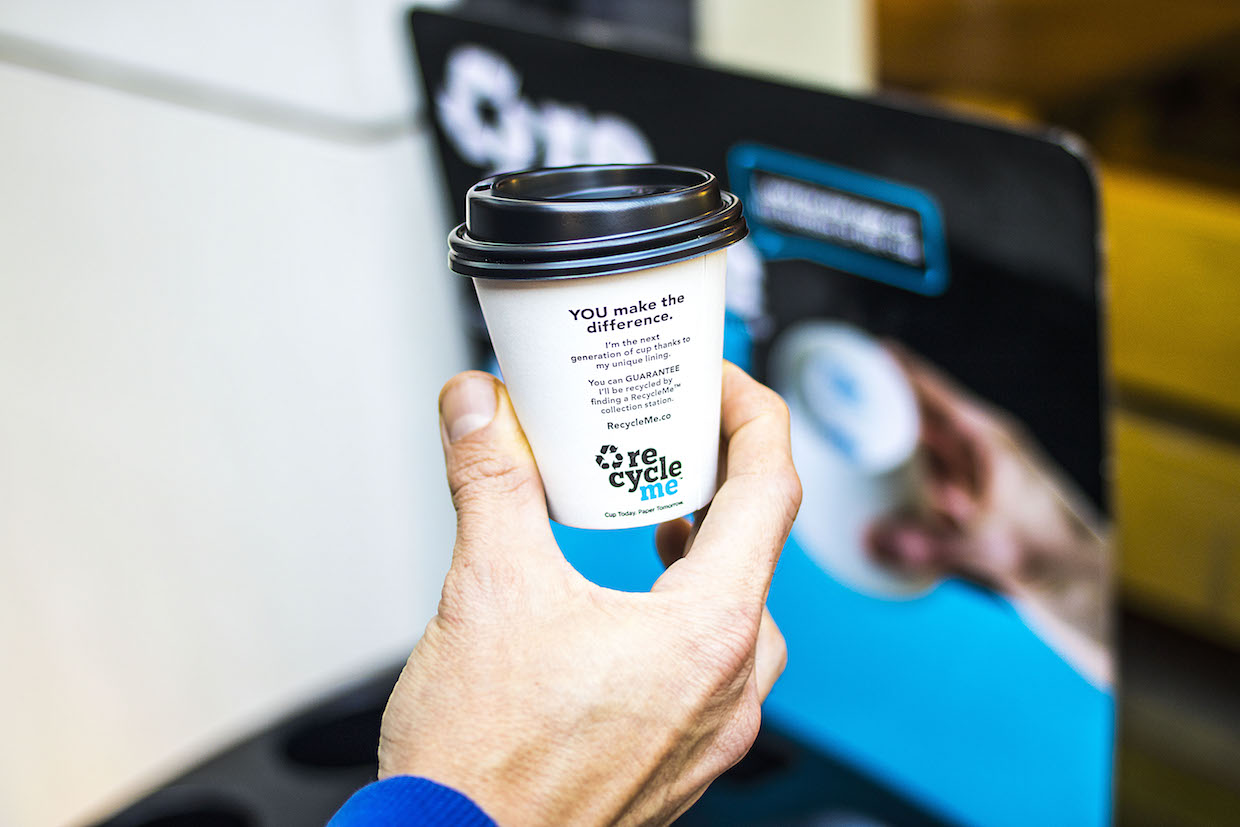 Australian food container maker Detpak is leading a new program designed to maximize the life of materials used in to-go cups, while providing traceability through the recycling process.

The company’s RecycleMe system, which recently launched in New Zealand, begins with cups made with a lining that is formulated to work within the standard pulping process of recycling agencies, according to the company, with a formulation that involves less plastic and the inclusion of calcium carbonate.

Once used, cups bearing the blue RecycleMe logo are then discarded by consumers into a front-of-house RecycleMe-branded collection bin, where cups are separated from not-always-recyclable plastic lids, before they are privately collected and distributed for recycling.

The company is partnering with logistics and paper-shredding providers in the Freightways Group to facilitate the recycling. That company, along with similar partners in other countries, will then be able to trace the journey of cups through the recycling process, providing some measure of traceability, an element within the waste management industry that is often sorely missed.

In New Zealand, the RecycleMe system has launched in partnership with the 22-location coffee franchise Streetwise Coffee.

“Our customers are increasingly concerned about the environmental impacts of single use cups,” Streetwise Coffee said in an announcement from Detpak. “Consumers want the convenience of takeaway coffee without the guilt of wasting paper cups.”

There is, of course, one much more simple way to assuage the guilt associated with to-go cups, which is to work towards eliminating them. But that’s just naive, isn’t it?