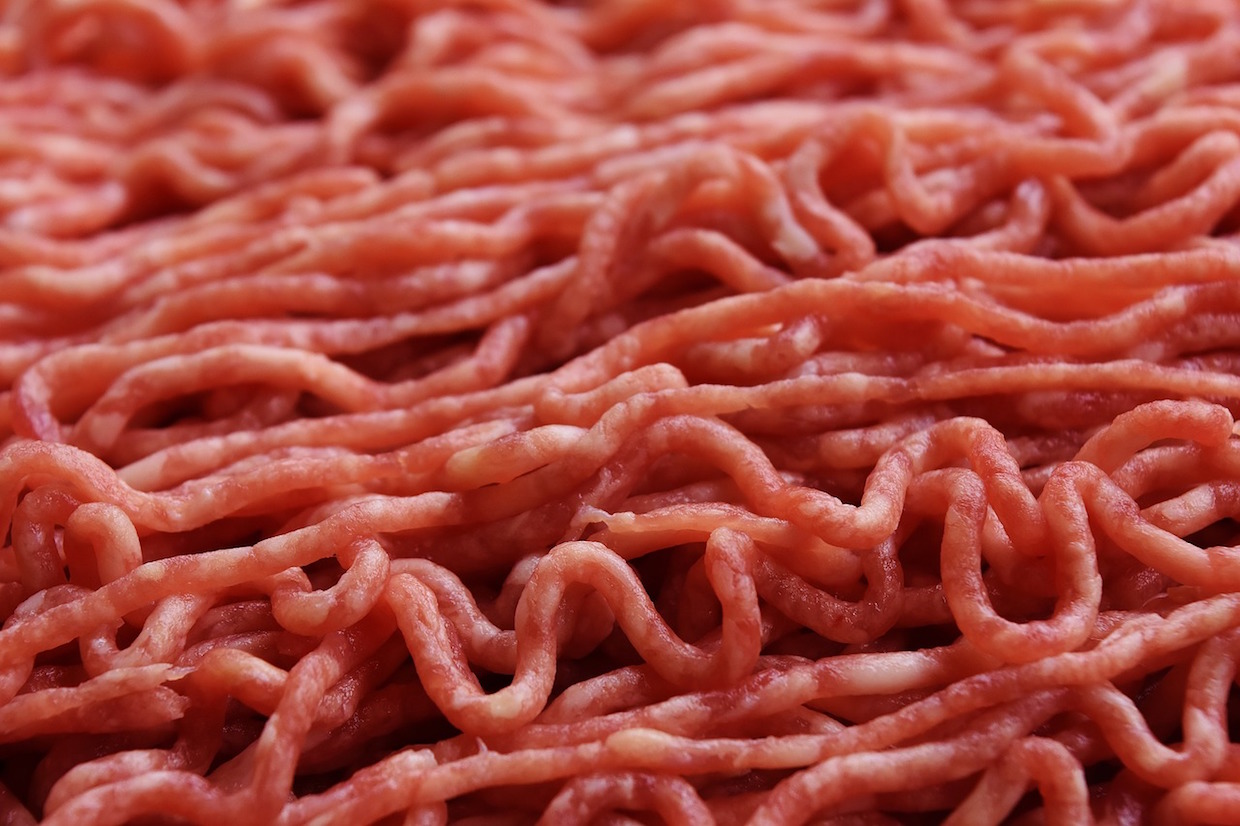 When a Chinese consumer buys a package labeled “Australian beef,” there’s only a 50-50 chance the meat inside is, in fact, Australian beef. It could just as easily contain rat, dog, horse or camel meat — or a mixture of them all. It’s gross and dangerous, but also costly.

Fraud in the global food industry is a multi-billion-dollar problem that has lingered for years, duping consumers and even making them ill. Food manufacturers around the world are concerned — as many as 39 percent of them are worried that their products could be easily counterfeited, and 40 percent say food fraud is hard to detect.

In researching blockchain for more than three years, I have become convinced that this technology’s potential to prevent fraud and strengthen security could fight agricultural fraud and improve food safety. Many companies agree, and are already running various tests, including tracking wine from grape to bottle and even following individual coffee beans through international trade.

An early trial of a blockchain system to track food from farm to consumer was in 2016, when Walmart collected information about pork being raised in China, where consumers are rightly skeptical about sellers’ claims of what their food is and where it’s from. Employees at a pork farm scanned images of farm inspection reports and livestock health certificates, storing them in a secure online database where the records could not be deleted or modified – only added to.

As the animals moved from farm to slaughter to processing, packaging and then to stores, the drivers of the freight trucks played a key role. At each step, they would collect documents detailing the shipment, storage temperature and other inspections and safety reports, and official stamps as authorities reviewed them — just as they did normally. In Walmart’s test, however, the drivers would photograph those documents and upload them to the blockchain-based database. The company controlled the computers running the database, but government agencies’ systems could also be involved, to further ensure data integrity.

As the pork was packaged for sale, a sticker was put on each container, displaying a smartphone-readable code that would link to that meat’s record on the blockchain. Consumers could scan the code right in the store and assure themselves that they were buying exactly what they thought they were. More recent advances in the technology of the stickers themselves have made them more secure and counterfeit–resistant.

Walmart did similar tests on mangoes imported to the U.S. from Latin America. The company found that it took only 2.2 seconds for consumers to find out an individual fruit’s weight, variety, growing location, time it was harvested, date it passed through U.S. customs, when and where it was sliced, which cold-storage facility the sliced mango was held in and for how long it waited before being delivered to a store.

In December 2016, wine expert Maureen Downey debuted a blockchain system that gives each bottle a unique digital identity combining more than 90 pieces of data about its production, ownership and storage history — including high-resolution photographs and data from the glass and cork. As the bottle moves from winery to distributors and resellers, the data are updated, and can easily be checked by warehouses, retailers and even auction houses.

More recently, Downey’s system has been updated to fight even more sophisticated wine counterfeiters, who have reverse-engineered a wine-preservation system to extract wine without opening the bottle. The upgraded protection embeds a small microchip above the top of a wine’s cork, so if someone removes the capsule wrapper or pierces the chip, it will be unreadable.

Consumers are worried not only about contaminated or counterfeit food products. Many consumers say they prefer products that are environmentally friendly and contribute to improved living and working conditions of small farmers and workers. Middlemen siphon off a lot of the money. In the US$200 billion global coffee industry, for instance, only 10 percent stays in producing countries.

Global sales of products approved by Fairtrade, a major certifier of products that respect environmental and human-rights concerns, reached $9.6 billion in 2017. But Fairtrade and other programs like it have not substantially improved poor people’s lives. A study of small farms growing flowers, coffee and tea in Ethiopia and Uganda indicated that areas dominated by Fairtrade producers paid lower wages compared to farms that were larger, commercial and not Fairtrade-certified.

Colorado-based Coda Coffee seeks to ensure fair payments by using a blockchain system to track its coffee from African farms to U.S. coffee shops. The system includes a camera that takes a three-dimensional scan of each bean’s outer fruit, called a cherry, paying farmers more if they supply bigger and riper cherries and recording the amount paid in a blockchain database for consumers to inspect later.

The bean’s record is updated as it is processed, packed, blended with other beans, roasted and ground, letting consumers know who did what to the bean and how much they got paid. Wholesalers and roasters can learn about where it came from and how it was handled, and evaluate the resulting taste, informing future purchasing decisions.

These are far from the only examples — countless others around the world are underway.

Blockchain systems are secure, but their data — like other databases — are only as accurate as what is entered. Fraudsters may try to counterfeit certifications of organic processes or farm inspections.

In addition, most of the food products in developing economies like Africa and China are produced on very small farms that don’t have access to technology or internet connectivity. Blockchain systems can also be expensive, which is part of why early trials have involved high-end beef, wine and coffee.

The research already happening holds the promise of developing cheaper systems that are easier to use and trust — for farmers, food processing plants and customers alike.

[Editor’s note: This story originally appeared in The Conversation. It is shared here through the following license: CC BY-ND 4.0]

Nir Kshetri
Nir Kshetri is Professor at University of North Carolina-Greensboro. He holds a Ph.D in Business Administration from University of Rhode Island. He has authored seven books. His 2014 book, Global Entrepreneurship: Environment and Strategy (Routledge: New York), has been selected as an Outstanding Academic Title by Choice Magazine.